Gonzaga improved to 5-and-oh on the season with a 95-57 whitewashing of Northwestern State yesterday in Spokane. Corey Kispert scored 27-points for the Bulldogs in what ended up being its home opener after several cancellations due to COVID. Anton Watson scored 15-points for Gonzaga while Jalen Suggs added 12-points, 7-rebounds and 7-assists.

In a scheduling anomaly created by the pandemic, Gonzaga will host Northwestern State again today in the Kennel. The Zags have now won 32-straight game at home dating back to 1988.

Efe Abogidi led 5-players in double-figures with 16-points and had 14-rebounds. Noah Williams chipped in 13, Isaac Bonton had 12 and Andrej Jakimovski added 11.

Washington State gave No. 8 Oregon all it could handle in Pullman last night in a battle of two undefeated teams, but the Ducks pulled out a 69-65 victory.

Ula Motuga’s 3-point attempt to give the Cougars the lead with 6-seconds left missed and Oregon’s Maddie Scherr made two free throws to ice the victory.

The Gonzaga women raced out to a 24-12 first quarter lead and never looked back in downing North Alabama 87-57 at the Las Vegas Holiday Hoops Classic Monday.

Talk about balanced scoring! LeeAnne Wirth, Jenn Wirth and Jill Townsend each had 14-points for the Bulldogs. Gonzaga is off until next Monday.

Seven Seahawks were selected to the Pro Bowl Monday…

Russell Wilson, Jamal Adams, D.K. Metcalf, Bobby Wagner, Quandre Diggs, Nick Bellore and Tyler Ott were all picked by a consensus of votes of fans, players and coaches to represent Seattle. It tied for the most in franchise history and was equal in number to Kansas City and Green Bay.

This will be Wilson’s 8th Pro Bowl in 9-years. Wagner, who ranks sixth in the league with 126-tackles, is a Pro-Bowler for the 7th straight year. Adams will be headed to the Pro Bowl for his third time but first with the Seahawks. For Metcalf, Diggs, Ballore and Ott, it’s their first time.

By the way, Ballore is a fullback with the Seahawks who is going for his special teams play. Ott is Seattle’s long snapper.

Coach Pete Carroll met with reporters Monday prior to the league’s announcement of the Pro Bowl. He says, after watching Sunday’s film, he is really happy with his team’s overall strength heading into these final two games… 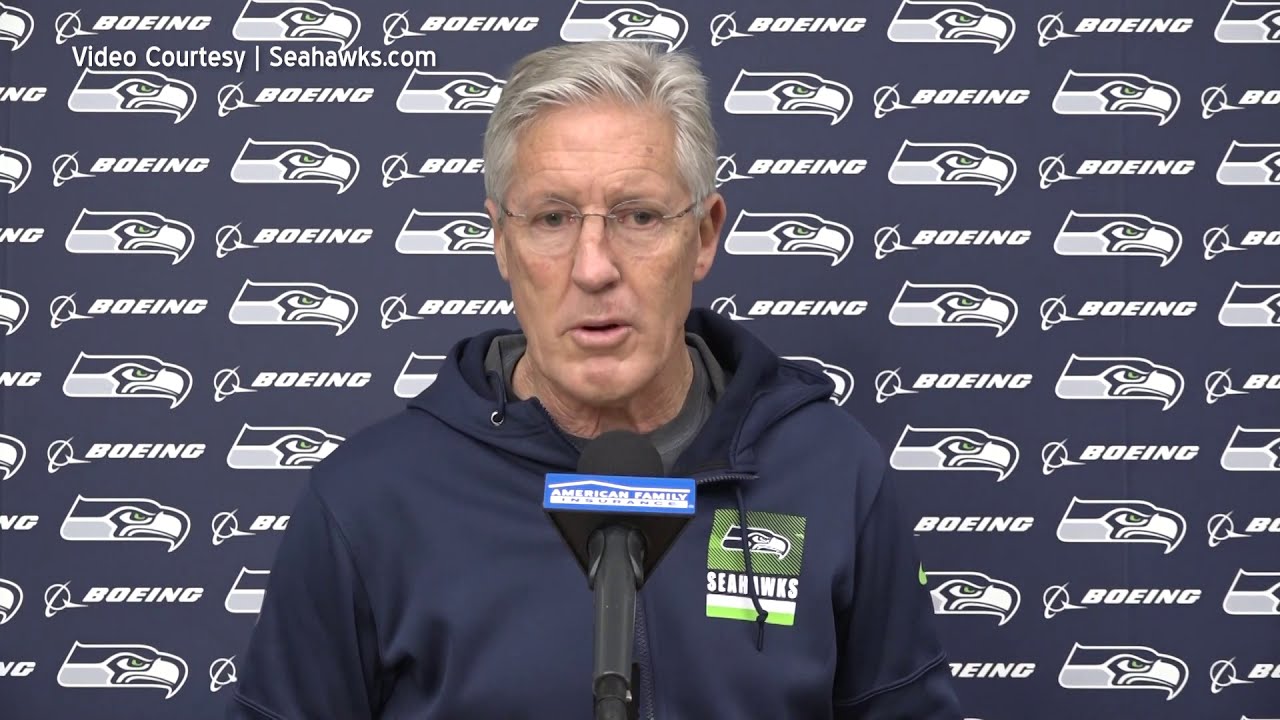 D.J. Reed has been a surprise addition to Seattle’s defense this season. He had 3 passes-defended against Washington and an interception. Coach Carroll says not to let his 5-foot, 9-inch size fool you… 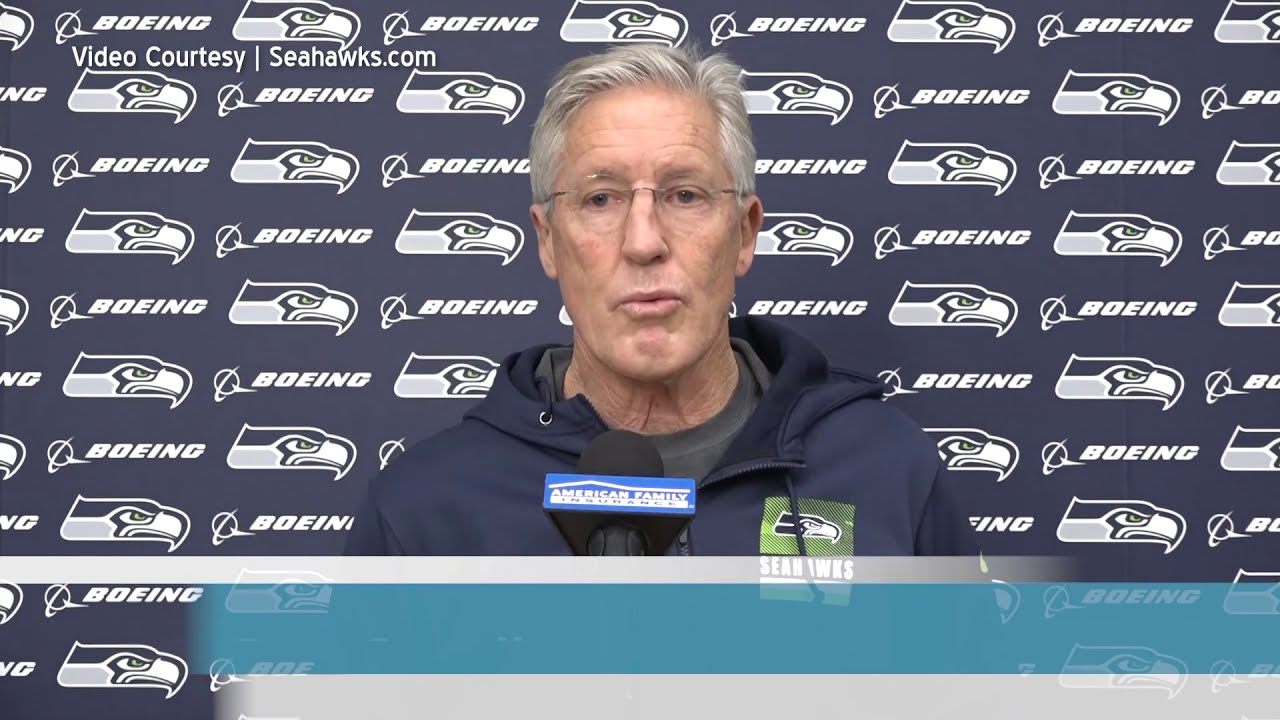 Returning to practice this week is wide receiver Josh Gordon. He’s been out for a year, suspended by the NFL for PED’s and substance abuse. Coach Carroll says he looks forward to seeing what Gordon looks like in practice… 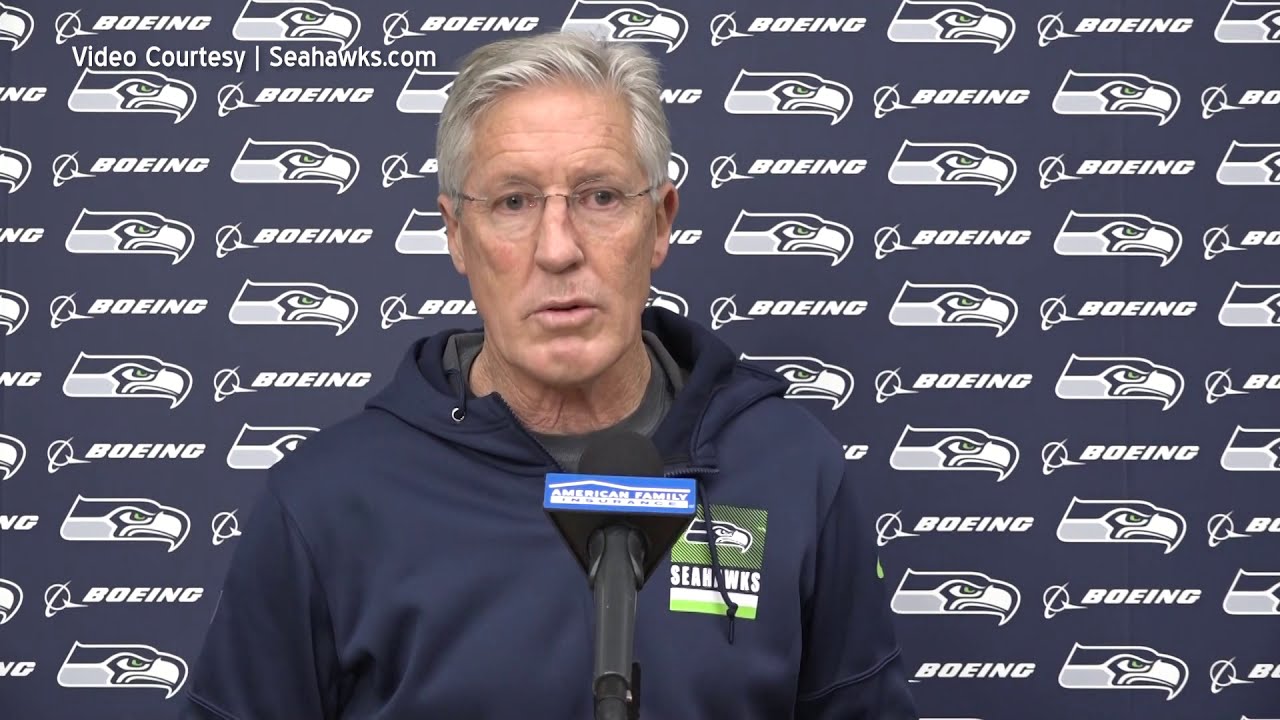 The Seahawks clinched a playoff spot with Sunday’s win over Washington. This weekend is pretty straight forward, if Seattle wins, they win the NFC West for the first time since 2016. The Rams want to keep their hopes of an NFC West title alive and could clinch a playoff spot with a win or a tie. The Seahawks and LA kickoff Sunday at 1:25 in Lumen Field. The game will be televised on FOX.