The sport of car racing is a dangerous game, no matter the level. Such is the case at Wenatchee Valley’s Super Oval. But extreme measures are taken to ensure the safety of those involved at WVSO, which came to bare last weekend.

Lance Mackey was racing in the Tri-State Legends series Sunday and had a bad accident. While traveling about 60-miles per hour, he clipped the tires of another car and rolled with the top of his race car hitting the wall along the home stretch at WVSO. The roll cage in the car partially collapsed on Mackey.

Incredibly, the entire sequence was caught on a Go Pro camera inside the car and shows the incredible response by the Wenatchee Valley Super Oval safety team. This video may be a little graphic, so be advised… 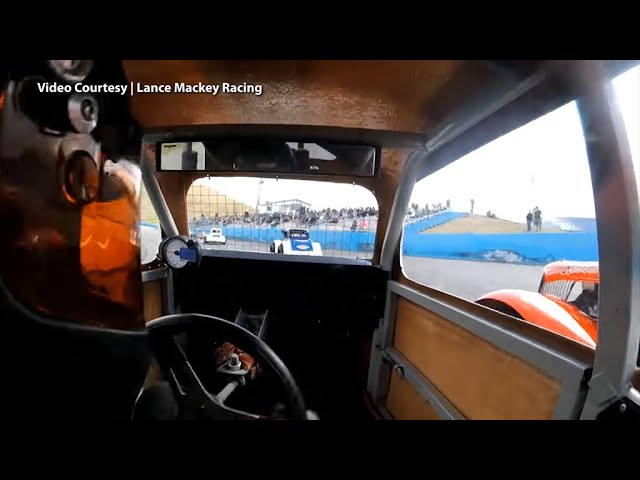 The great news is that, despite being sore, Lance Mackey is OK. Here you see him in a photo posted on Facebook, playing with his kids. Credit Mike Simmonds and the safety crew at Wenatchee Valley’s Super Oval for their incredible response.

The Mariners dropped their second-straight loss Monday, falling to the Houston Astros 5-2 at Minute Maid Park…

The lone bright spot in the game were a couple solo home runs from the Kyle’s. Kyle Lewis and Kyle Seager that is…

Justus Sheffield was knocked around for 5-runs on 14-hits over 5-and-a-third innings. Seattle will try again tonight at 5:10 with Marco Gonzales on the mound against Houston’s Cristian Javier.

Seattle lost a little ground in the American League West with Oakland topping Tampa Bay 2-1. Sean Murphy’s 2-run home run in the top of the 4th was the difference as the A’s improved to 15-and-8.

Shohei Ohtani delivered at the plate and on the mound in the Angel’s 9-4 win at Texas. Ohtani pitched 5-innings with 9-strikeouts to earn the win while going 2-for-3 at the plate with a double, 3-runs and 2-RBI’s.

We have high school boys soccer on NCWLIFE Channel tonight…

The 3-and-2 Cashmere Bulldogs play at the 2-and-3 Eastmont Wildcats tonight at Wildcat Stadium. Sebastian Moraga and Neil Oysten will have the call with the pregame at 6:50 tonight.

In other soccer action today, Pateros plays at Oroville at 4:30. Quincy hosts Wahluke at 6. Brewster plays at Tonasket and Okanogan travels to Royal, also at 6. Then at 7, we’ll have Cashmere and Eastmont. Wenatchee hosts Cascade and Moses Lake travels to Ephrata.

The softball schedule got underway yesterday with Wenatchee falling to Ephrata 16-to-8.