Wenatchee Valley’s Super Oval celebrated opening night Saturday with no fans in attendance due to COVID-19 restrictions. But NCWLIFE Channel was there to broadcast the entire evening LIVE to residents in Chelan, Douglas and Grant Counties on television, as well as the world on Facebook and through its website. 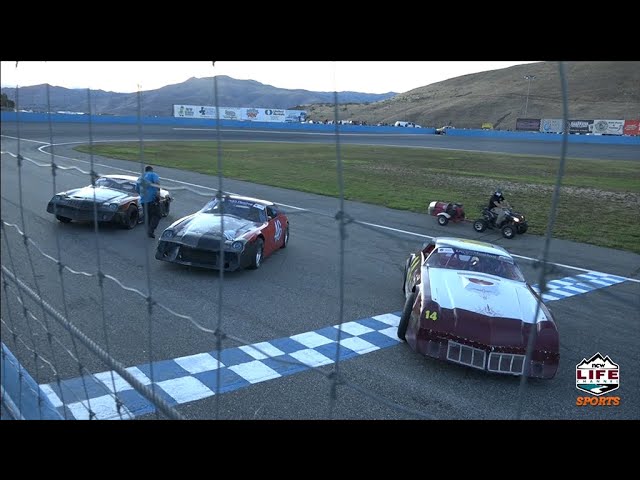 As we open up the Les Schwab Scoreboard from Saturday night, here you see the final results in the Plumb Perfect Roadrunners with John Doyle first, Alberto Naverete second, and Kyle Larr third.

Seth Frazier set the fast time and was the winner in the Dick’s Heating and Air Conditioning Thunder Cars. Terry Osborn was second and Mike Knutson 3rd.

Finally on the Les Schwab Scoreboard, in a thrilling 75-lap main event for the Jerry’s Auto Supply Pro Late Models, it was Glenn Knutson grabbing the checkered flag. His brother Michael was second followed by Josh Ingram 3rd.