The night was particularly special for the Macken family of Moses Lake. Amy Macken lost a brief battle with cancer Thursday and her husband Dave and daughter Jamy fulfilled her dying wish that they race. Chad Holaday was the first of many drivers who donated his winnings in the B-Mods main event to the Macken family. A Go Fund Me page has been set up to help the family with medical costs and funeral arrangements.

Eric Granstrom was joined by Andrew Kunas with the call on the NCWLIFE Channel. 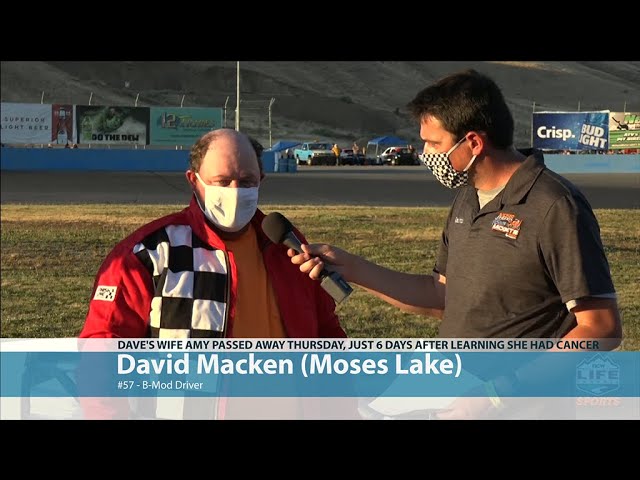