The Wenatchee Wild, coming off a four-game home stand in which it went 3-and-1, will now hit the road for three straight. The Wild will play at Vernon tomorrow night at 6. Then they’ll travel to Coquitlam for a 7:15 game on Sunday. They’ll wrap up the road trip next Wednesday with a trip to Trail for a 7 o’clock game time.

Heading into the trip, Wenatchee’s 4th in the BCHL’s Interior Division with 36-points, 4-behind Salmon Arm and 6-points behind second-place Trail.

Wenatchee got out to an early 4-point lead but couldn’t hold up under the constant Pasco defense and fell to the Bulldogs 77-40. The Panthers were forced into 31 turnovers. Pasco was led by the 23-points of sophomore forward Aniyah Heavens. The top-scorer for Wenatchee was senior forward Emily Redman with 13.

Naches Valley outscored Cascade 25-7 in the 3rd quarter en route to a 62-36 win. Molly Weiser led the Kodiaks with 13-points.

In other girls play last night, Chelan stopped Cle Elum 41-30 and the Waterville-Mansfield girls scored 81-points in a win over Pateros.

Chelan erased a 6-point halftime deficit by outscoring Cle Elum 22-5 in the 3rd quarter and went on for a 76-69 win last night. The Goats had 4-players in double figures led by the 26-points from Connor Wilson and 20 from Nate Harding. Coach Jeff Pearl said, “I was proud of how our guys gutted out the win on a night our shots wouldn’t seem to fall.”

In other action, Pateros knocked off Waterville-Mansfield 78-45.

Eisenhower is unbeaten at 4-and-oh, atop the standings, while West Valley knocked off Wenatchee yesterday 3-1 to hand the Panthers their second league loss.

Wenatchee won the first game by three points, but then the Rams countered with a 12-point win in game two. West Valley took the first baker game 146-to-132 and then the Panthers struggled in the final baker, being outscored 140-to-89. Total pin count for the match was 1,713 to 1,639.

The loss puts Wenatchee in a second-place tie with Eastmont at 3-and-2.

Coming up in a very busy prep schedule this weekend, we’ll start off in girls basketball tonight…

Eastmont travels to Mead at 5:30 while Ephrata’s at Prosser and Quincy hosts Selah at 5:45.

Coming up tomorrow, Entiat hosts Wellpinit at 1. Then at 3:30 it’s Toppenish at Ephrata and Quincy hosts East Valley. Later on at 5:45, Wenatchee hosts Southridge while Moses Lake entertains Chiawana. At 6, Brewster visits Waterville-Mansfield while Manson hosts Lake Roosevelt. Then at 7, Cashmere hosts the defending State 1A Champs, the La Salle Lightning, at Ron Doane Memorial Gymnasium.

Turning to the boys basketball schedule, starting with tonight…

Wenatchee travels to Chiawana at 6. The rest of the games start at 7:15 as Moses Lake travels to University; Eastmont’s at Mead; Quincy hosts Selah; and Ephrata plays at Prosser.

Coming up Saturday, Entiat takes on Wellpinit at 2:30. Ephrata hosts Toppenish while East Valley plays at Quincy at 5. The 7:30 games have Brewster at Waterville-Mansfield; Manson hosts Lake Roosevelt; Southridge is at Wenatchee; and Moses Lake entertains Chiawana.

We’ll start on the boy’s side as Eastmont and Ephrata will be at the Davis Invite starting at 9am. Wenatchee and Moses Lake wrestlers are in Kennewick for the Bob Mars Invite at 10. The Connell Invite also begins at 10 and that’s where you’ll find Cashmere and Chelan. Cascade opens the season at the Omak Invitational at 10am.

In girl’s wrestling tomorrow, Moses Lake is in the Spokane area for the Central Valley Lady Bear Invite beginning at 9. That’s the same start time for the Davis Invite for Ephrata. And 13-teams will be in town for a huge wrestling tournament tomorrow at Eastmont for the Ladycat Kickoff Classic, which starts at 10.

Seahawks will showcase “My Cause, My Cleats” in LA Sunday night

And the Seahawks have a Sunday night date with the Rams…

Seattle and L-A will kickoff on NBC at 5:20 Sunday. The prime time broadcast will also be a chance for Seahawks players and coaches to show off specially designed cleats and shoes… 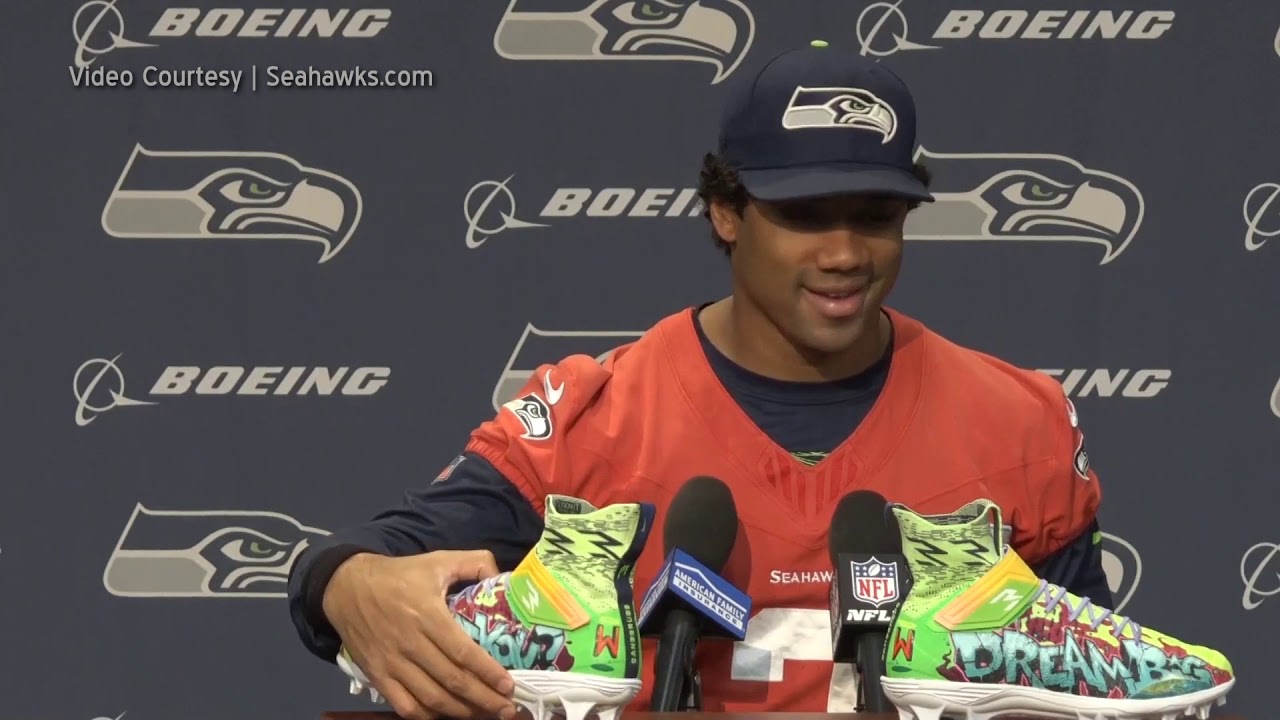 A win or a tie for the Seahawks would lock up a playoff spot.