Remember those plans you had to go watch the Wild play against Penticton Saturday? Never mind…

The BCHL announced late last night that due to travel restrictions, Penticton would not be able to cross the border into Washington. As a result, Saturday’s game with Wenatchee was postponed. It marks the 5th game in a row for the Wild that has been impacted by COVID.

The next scheduled games for Wenatchee are next week against Cranbrook.

Kraken close again, but not quite

Seattle Kraken fans have to feel snake bit at this point…

Despite getting an early lead and great goaltending from Chris Driedger, the Kraken fell at St. Louis 2-to-1 last night. Alex Wennberg got Seattle going with a goal in the first period… 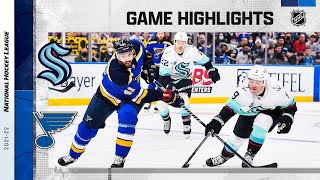 Seattle will return home Saturday to try to snap a 7-game losing streak against the L-A Kings at 7 o’clock.

Drew Timme led the way with 30-points while Andrew Nembhard had 22. Highlights courtesy of Gonzaga Athletics… 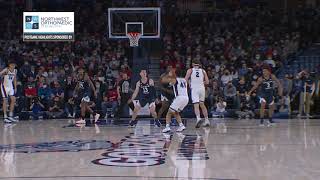 Meanwhile, Washington State let yet another halftime lead get away from them in a 62-57 loss to Stanford. Coach Kyle Smith says it’s a consistent theme they’re not fond of… 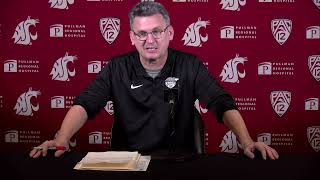 Hailey Van Lith and Kiana Smith each had 20-points to lead 3rd-ranked Louisville over Syracuse 84-71. Van Lith continues to show why she’s one of the best guards in all of women’s college basketball… 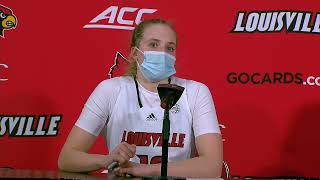 Here’s a reminder that we have high school basketball on the NCWLIFE Channel tonight as the Wenatchee Panthers host the Eastmont Wildcats. The girls game tips at 5:45 LIVE on our Facebook page. The boys will follow at 7:30 LIVE on TV and Facebook. The girls game airs on TV at 10:30 tonight. Grant Olson has your play-by-play.

Here’s what else is on tap tonight with Moses Lake play at Davis and Cashmere hosts Quincy at 5:45. The Ephrata girls play at Selah at 6.

Brewster visits Manson at 6 while Waterville-Mansfield hosts Bridgeport and Tonasket takes on Okanogan.

On the boys schedule tonight, Cascade visits Omak at 5:45. Cashmere hosts Quincy at 7:15. We’ll have Wenatchee and Eastmont at 7:30 while Moses Lake visits Davis and Ephrata travels to Selah.

Coming up tomorrow, Okanogan and ACH tip at 6. Eastmont hosts Sunnyside at 7:30. Brewster’s at Wahluke at 7:30 while Manson’s in Liberty Bell and Cascade Christian hosts Bridgeport.

Eastmont’s wrestlers will be in Ellensburg tomorrow for a tournament beginning at 9am. Cascade, Cashmere, Ephrata, Liberty Bell and Okanogan will be in Tonasket for their tournament, starting at 10.

Cincinnati and Vegas kickoff the playoffs at 1:35 tomorrow on NBC. New England visits Buffalo at 5:15 on CBS.

Sunday’s trio of games starts at 10am on FOX as Tampa Bay hosts Philadelphia. San Francisco visits Dallas at 1:30 on CBS. Then it’s Pittsburgh at Kansas City at 5:15 on NBC.

Then, for the first time ever, a playoff game will be played on Monday night as the Rams host the Cardinals at 5:15 on ABC and ESPN.