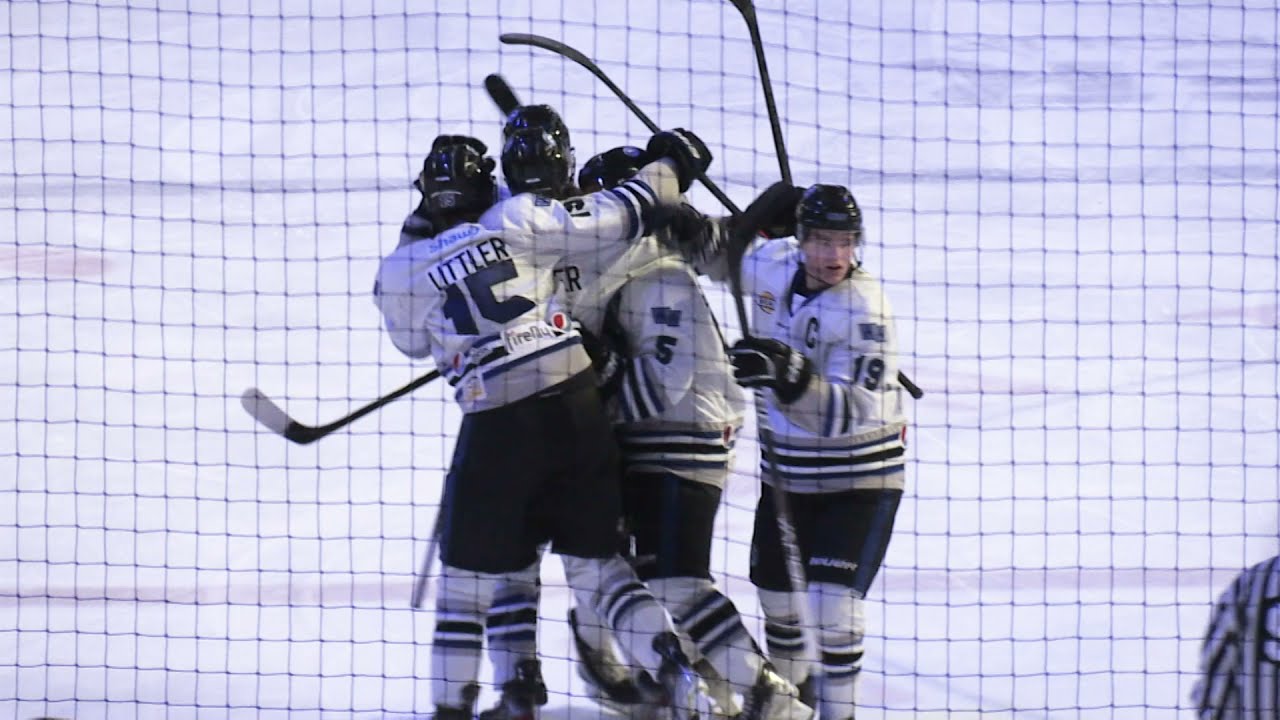 Wenatchee raced out to a 2-0 lead on goals by Anthony Cafarelli and Brodrick Williams in the 1st period but West Kelowna came storming back with four-unanswered goals in the 2nd. Owen Bohn and Garrett Szydlowski tied it up in the third to send it to overtime. That’s where the Warrior’s Felix Trudeau won it 38-seconds into the extra frame of 3-on-3 hockey.
The Wild and Warriors will go at it again tonight in the Town Toyota Center at 7:05.

Seattle fell behind early and even though Jaden Schwartz tied it in the second, the Ducks kept answering all night long for the win. Also scoring goals for the Kraken were Jordan Eberle and two by Jared McCann.

The Kraken will host Minnesota tomorrow night at 7 o’clock on ROOT Sports.

Update on local teams at State Volleyball in Yakima

Manson won twice and is in the semifinals of the State 2B Tournament. The Trojans swept three sets from Tri-Cities Prep Thursday morning and then won a dogfight in the afternoon against Goldendale. After losing the first set 25-15, Manson won the second 25-19, then lost the third 15-25, but won the 4th 25-19. So it went to a 5th set with the Trojans coming out on top 15-12.

Okanogan went 1-and-1 on the day, falling into the loser’s bracket. The Bulldogs beat Toutle Lake in four sets to open play, but then fall in straight sets to No. 1 La Conner 25-18, 14 and 10.

Goldendale put Okanogan out of the tournament this morning, winning in straight sets 25-10, 10, 11.

Manson fell in the semifinals to La Conner in straight sets 25-10, 18 and 17. The Trojans were to play for 3rd or 4th against Raymond.

Pateros had their season come to an end with a straight-set loss to Shoreline Christian Thursday morning.

Waterville-Mansfield lost its first match to Neah Bay 25-21, 15 and 17. Their late match was delayed because of a leak in the SunDome roof from all the rain and moved to another court. They finished playing after 11 o’clock last night, falling to Republic in the loser-out match 3-sets-to-one.

The Chelan Goats began their plight for a second-consecutive State 1A Volleyball Championship today in the SunDome. Win or lose, Chelan will face either Lakeside or College Place tonight at 9:45.

Wenatchee falls in double-overtime to Davis 25-24

They went to double-overtime with Davis before falling 25-24. 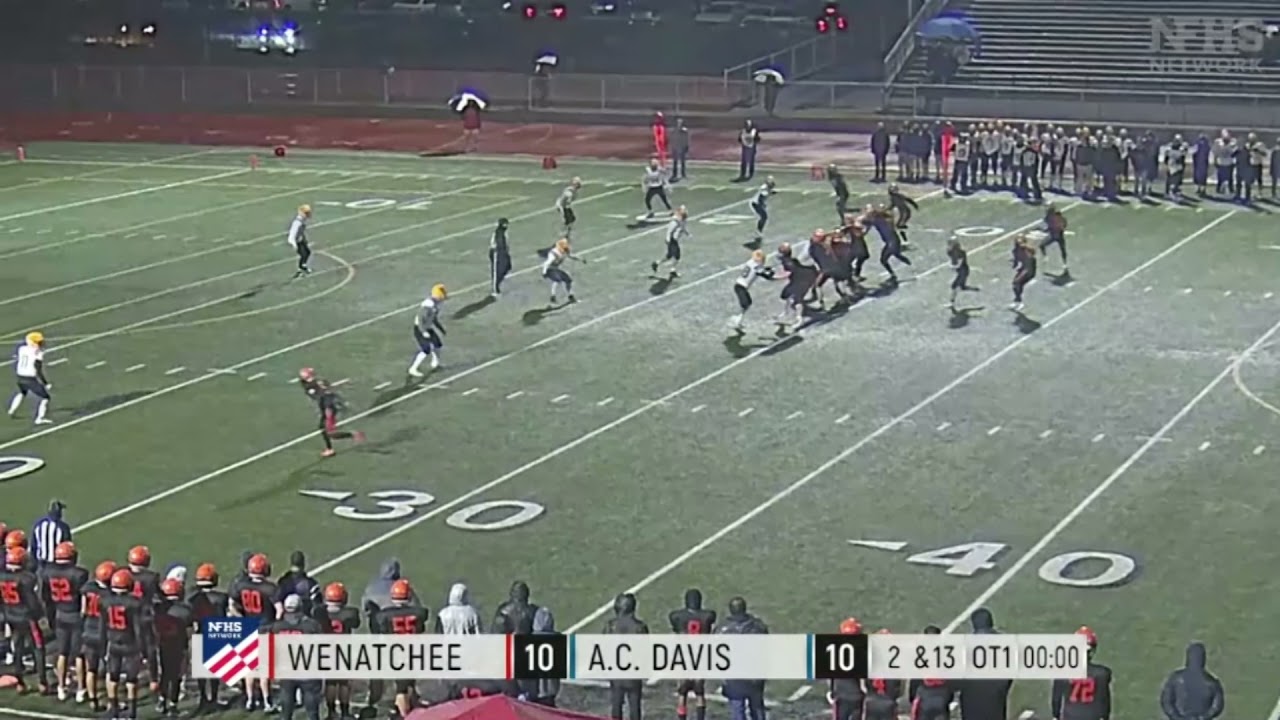 Wenatchee tied it with 19-seconds left in regulation on a 35-yard field goal by Alex Sanchez. And, despite two touchdowns by Camden Loidhamer in the first and second overtimes, Davis scored a touchdown and two-point conversion to win it on their last possession.

State 4A Football Tournament begins today for Chiefs and Wildcats

Eastmont and Moses Lake represent the Big-9 in the first round of the State 4A football playoffs tonight. The Chiefs are in Spokane to face Gonzaga Prep while Eastmont is south of Sammamish to face Eastlake. 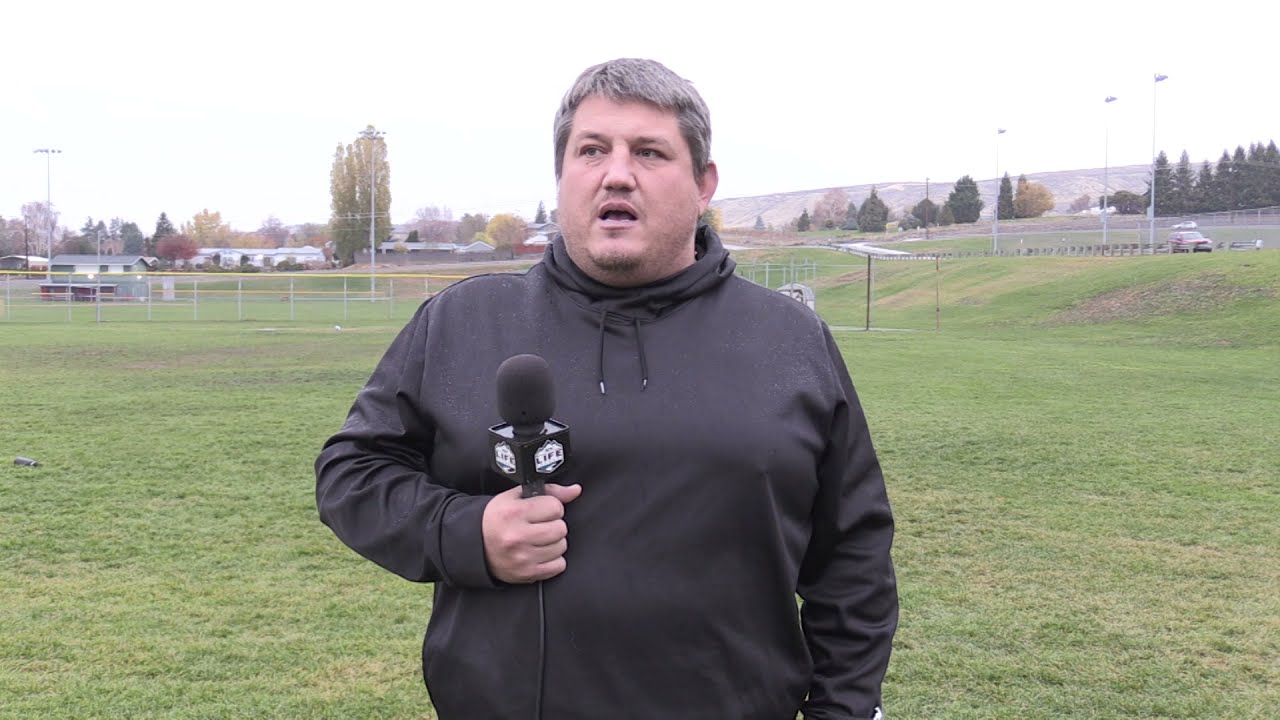 Eastlake is a 2nd-seed and undefeated at 10-and-oh. Don says they have big kids all over the place… 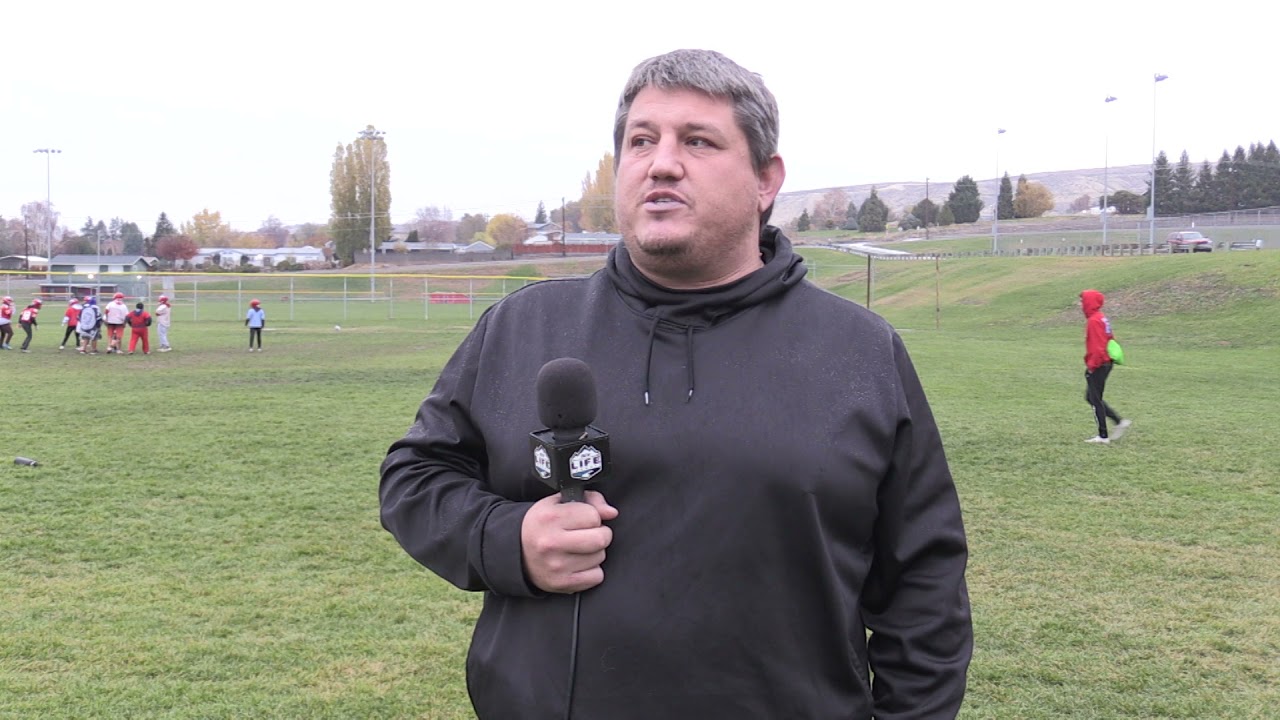 Eastmont had 14-players make the All-Big-9 selections that came out this week and were recognized with the Offensive Line of the Year, Offensive Lineman of the Year in Tony Ortega, and the Defensive MVP in Logan Schneider. Schneider, a senior linebacker, is out after hand surgery last week but Don says his presence is still being felt… 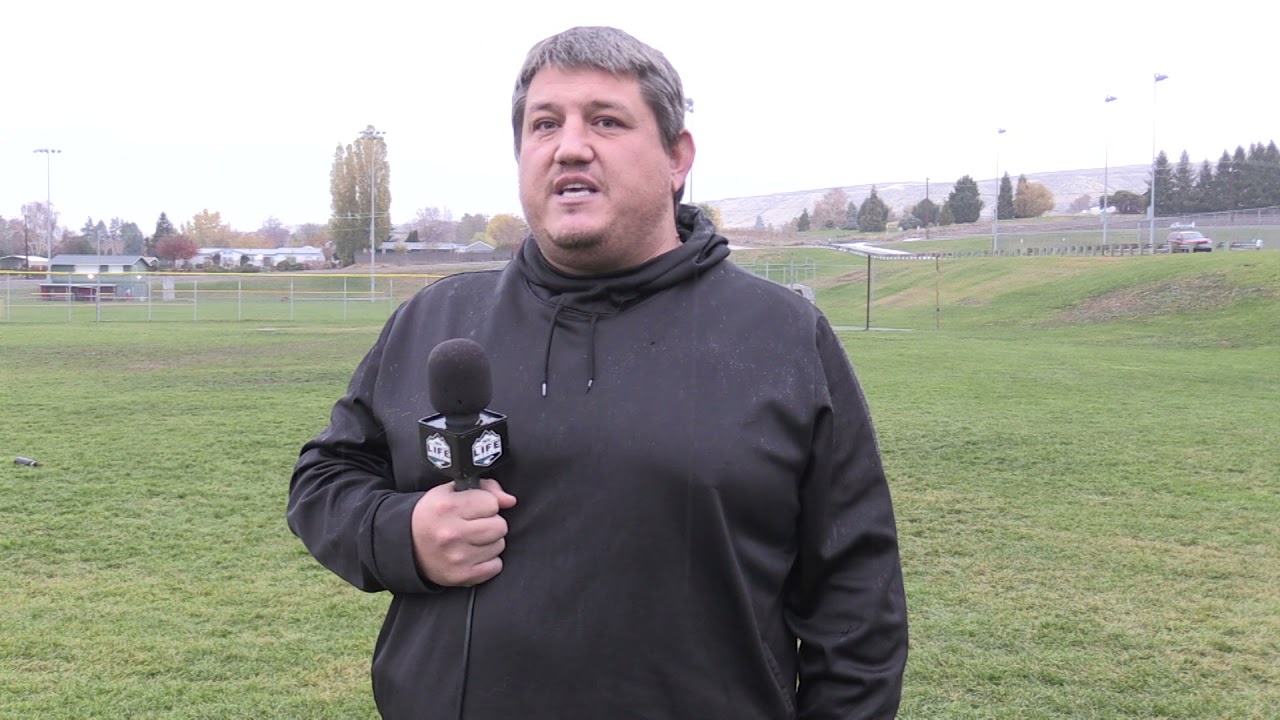 While Schneider is out, Eastmont will see the return of senior running back Corbin Keys, who’s been out for seven weeks with a knee injury. Keys says it killed him to be out but he’s excited to be back… 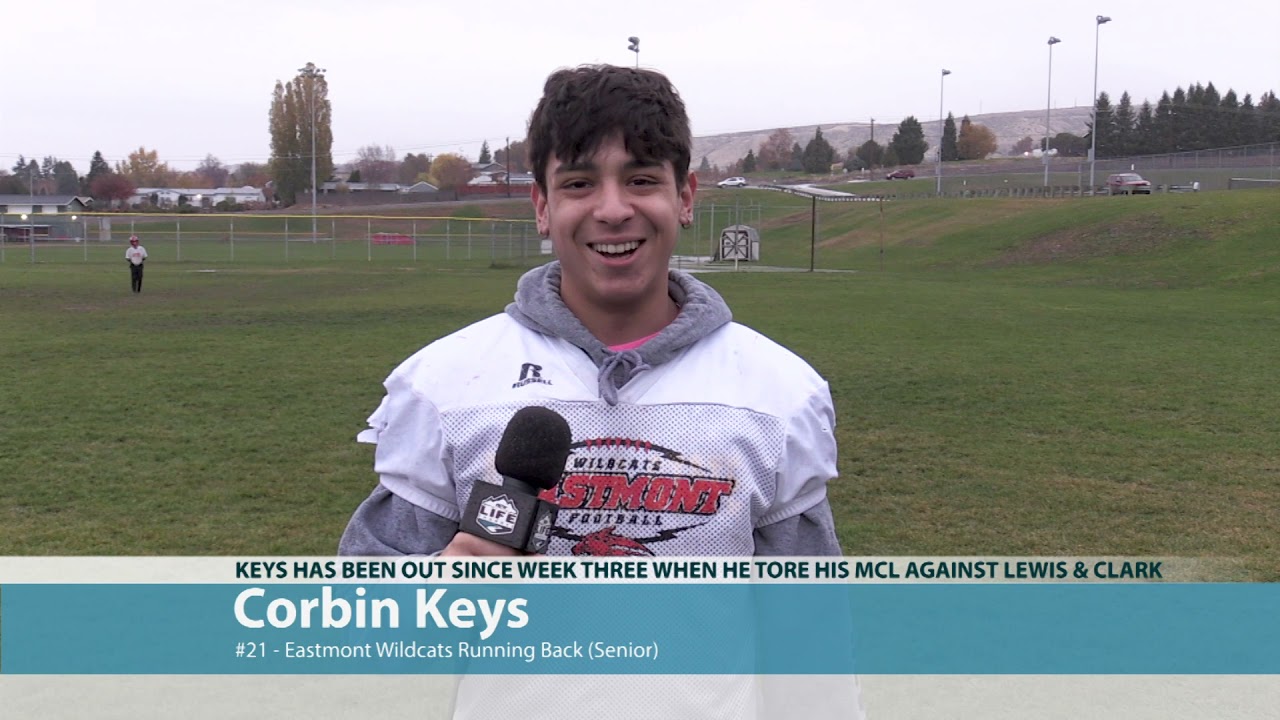 The weather is supposed to be extremely wet for tomorrow night’s game, which Don doesn’t think will necessarily be an advantage… 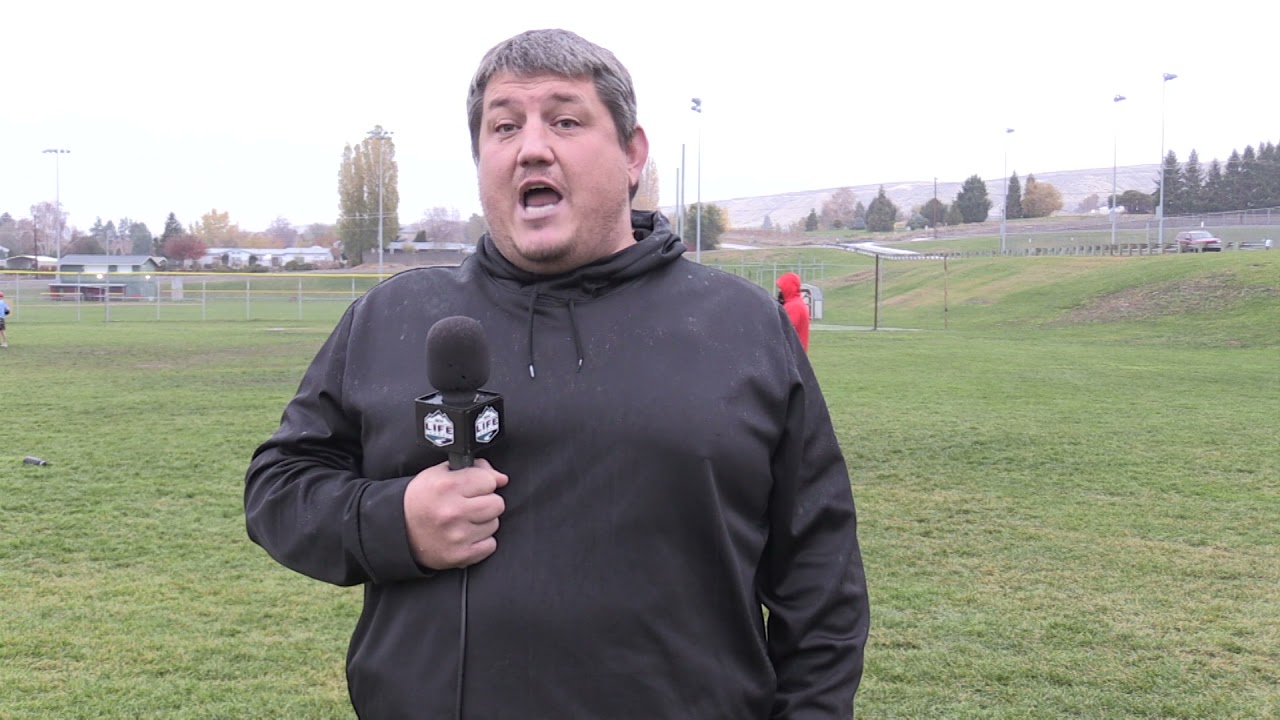 Eastmont kicks off at 7 o’clock against Eastlake. Moses Lake’s kickoff against Gonzaga Prep is also at 7.

Omak will also have a 7 o’clock kickoff tonight in the first round of the State 1A Football Playoffs. The Pioneers are at Union Stadium in Mead to face Lakeside, Nine Mile Falls.

Brewster plays at Columbia-Burbank south of the Tri-Cities in the first round of the State 2B Playoffs. They’ll kick off tonight at 6. The winner will face Okanogan in the second round next Friday or Saturday.

Waterville-Mansfield has a date at South Bend High School tomorrow afternoon against Naselle. The first-round State 1B football game will kick off at 1 o’clock.

Liberty Bell will host Cusick in the first-round game tomorrow afternoon at 3 o’clock.

Area swimmers and divers from Eastmont, Wenatchee, Moses Lake and Cashmere will be in Federal Way for the State Swim and Dive Meet this weekend…

They’ll be swimming and diving at the Federal Way Aquatic Center today and tomorrow.

Tonasket and Okanogan set for quarterfinals in girls soccer

The Tigers will face No.2-seed Kalama on their home turf tomorrow at Noon. Top-seed Okanogan will take on Adna tomorrow at 1 o’clock here in the Wenatchee at Lee Bofto Field at the Apple Bowl.

That’s where Central Washington will host Simon Fraser. The Huskies are home against Arizona State in Seattle at 4 o’clock on FS1. Eastern Washington plays at UC Davis at 5 o’clock on ESPN-plus. Washington State will try to upset No. 3 Oregon at Autzen Stadium at 7:30 on ESPN.

Russell Wilson has successfully practiced all week and said he’s good to go Sunday after missing four weeks from surgery on the middle finger of his throwing hand. Aaron Rodgers missed a game with COVID. Seattle is expecting to see No. 12 across the line of scrimmage for Sunday’s kickoff, at 1:25 on CBS.