The Wenatchee Wild are even at a game apiece in their first-round playoff series with the Vernon Vipers after a split over the weekend at the Town Toyota Center. Vernon came out on Saturday and handed Wenatchee its first-ever playoff shutout on home ice in a 3-nothing win. Arch Ecker had the call on the Wenatchee Wild Hockey Network… 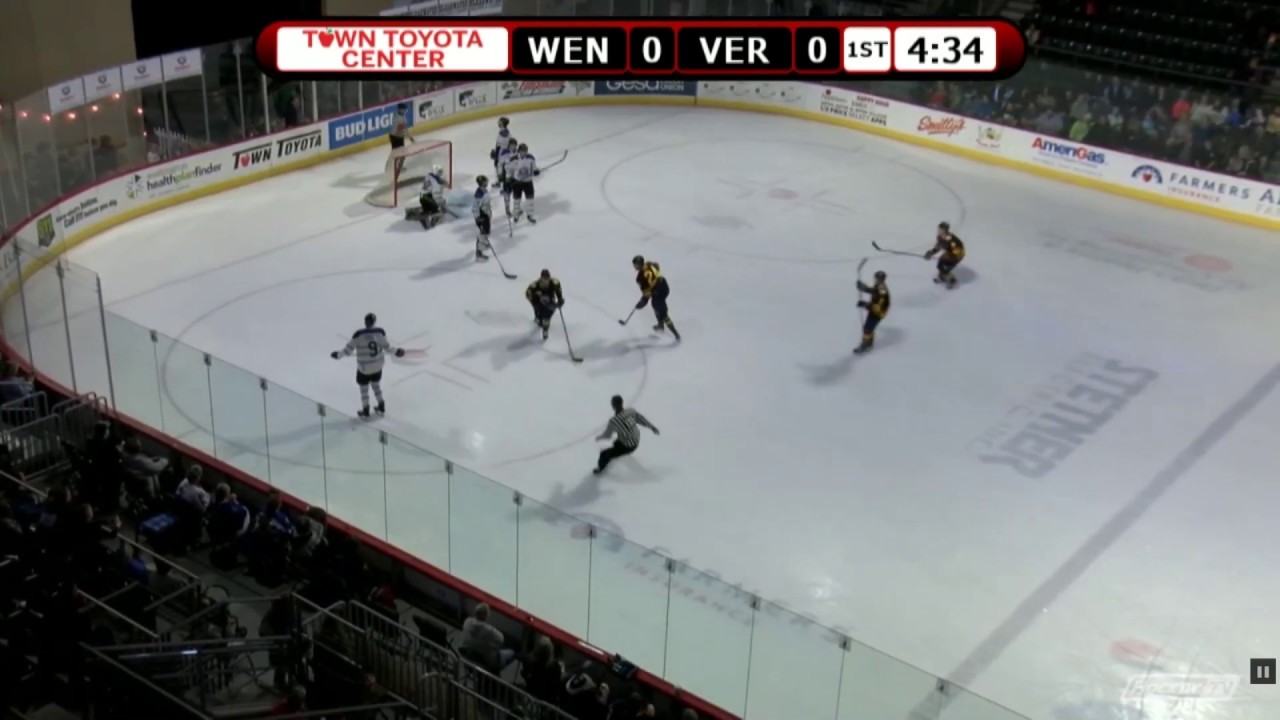 Game 2 was a different story Sunday as Wenatchee came out with some fire in their eyes, scoring two goals in the second and hanging on for the 2-1 victory. Again, Arch Ecker had the call on the Wenatchee Wild Hockey Network… 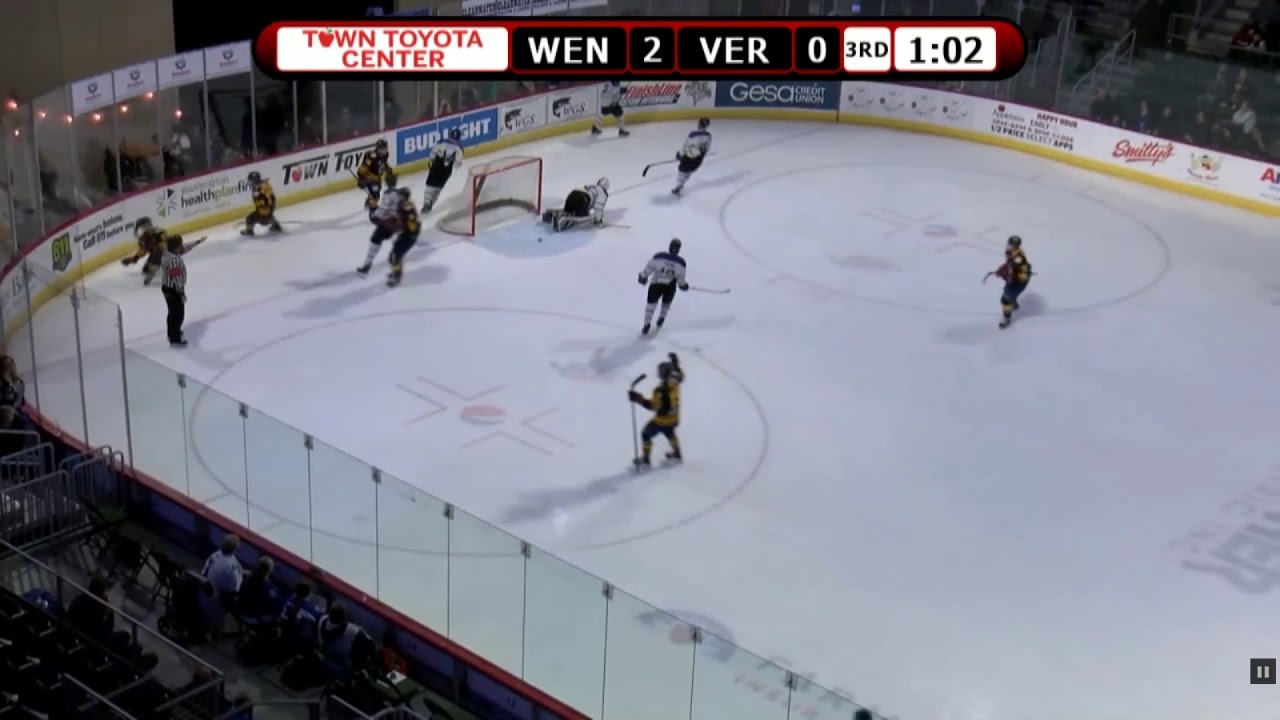 The series now shifts for Games 3-and-4 in Vernon tomorrow and Wednesday. Game 5 will be back in Wenatchee on Friday with tickets on sale now at the Town Toyota Center.

In the 2-B Regional Friday at Wenatchee High School, Life Christian beat Brewster 78-65. The Bears head to Spokane and will face Kettle Falls on Wednesday. Almira-Coulee-Hartline won its Regional 1-B game Friday 55-51 over Sunnyside Christian and will face Rainier Christian in the first round of State Wednesday.

Seattle Academy dispatched Omak Saturday 72-53, so the Pioneers will play La Salle in the first round of State Wednesday in Yakima.

Cashmere exacted some revenge on the team that knocked them out of the State Tournament Saturday by downing King’s Way Christian 56-50. Eric Granstrom had the call right here on the NCWLIFE Channel… 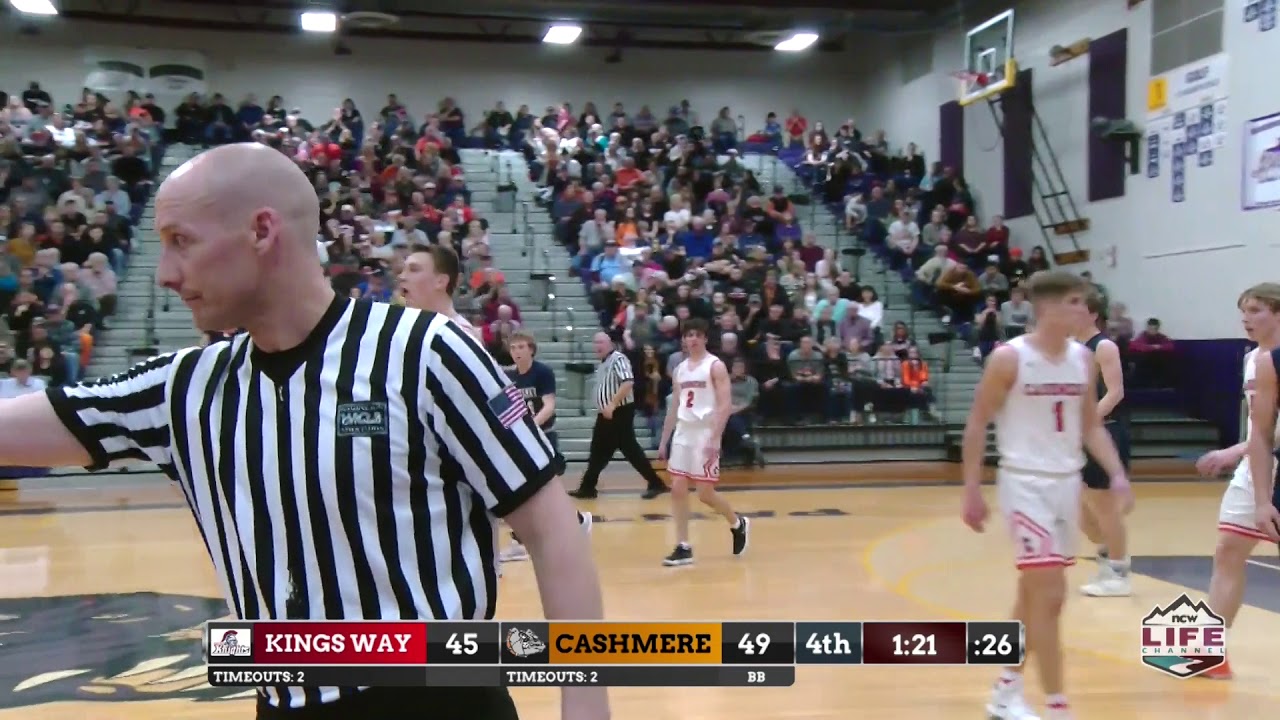 Cashmere advances to the quarterfinals and will play the winner of Wednesday’s game between La Salle and Omak Thursday at 2 o’clock.

Eastmont had its season come to an end in the 4-A Regional Saturday, falling to Olympia 69-46. West Valley was also a loser to Mount Si 74-44 and will have to play Skyview Wednesday at 3:45 in the Tacoma Dome.

Cashmere girls cruise into State 1A quarterfinals with Saturday’s win

In Girls Regional action Friday, Riverside Christian fell to Clallam Bay 57-51 to have its season end.

Waterville-Mansfield committed 23-turnovers and a 45-40 loss to Northwest Christian. The Shockers season came to an end.

Okanogan also had its season come to an end with a narrow 37-35 loss to Meridian in Saturday’s 1-A Regional.

Moses Lake advanced to the quarterfinals of the Girls 4-A Tournament with a 63-54 win over Decatur.

And the Cashmere girls remained undefeated at 22-and-oh with a resounding 61-26 win over Nooksack Valley. Hailey Van Lith led the way with 32 points as Eric Granstrom had the call on the NCWLIFE Channel… 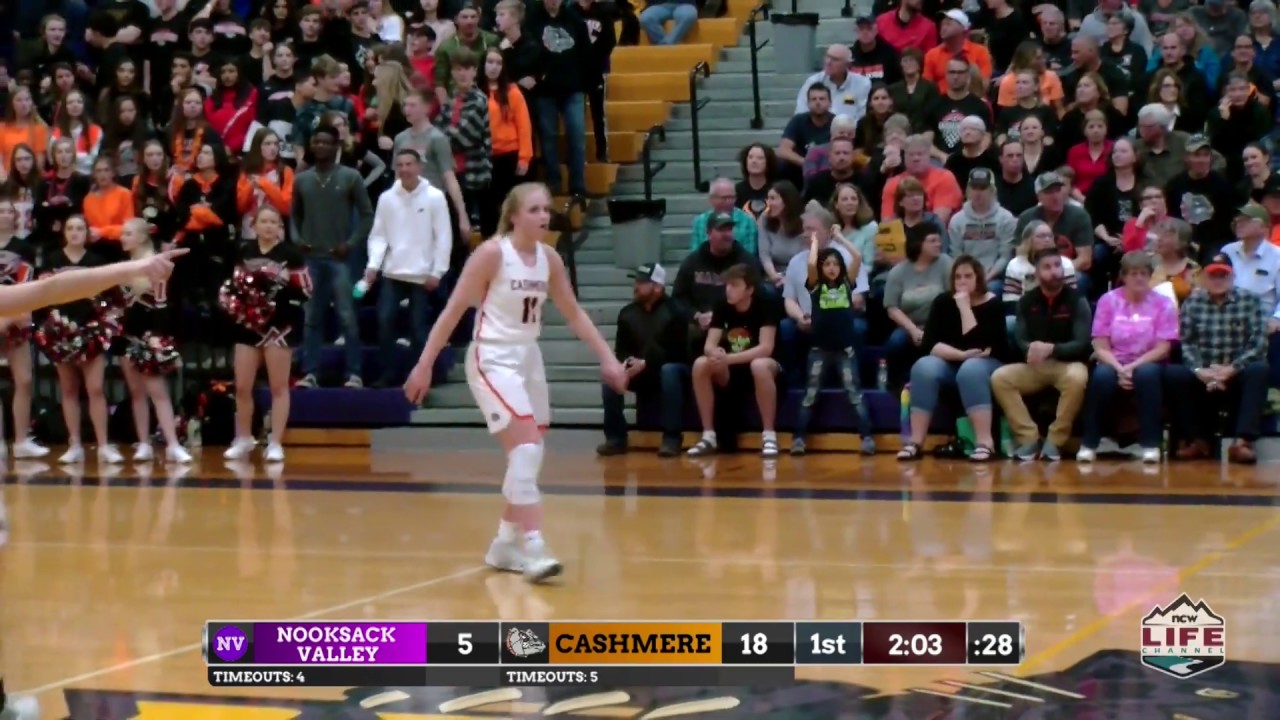 Cashmere will face the winner of Wednesday’s game between Meridian and Annie Wright Thursday at 5:30. We’ll have that game LIVE here on the NCWLIFE Channel on a feed from the NFHS Network.

Oregon schools beat up on Washington in women’s basketball

Washington and Washington State were both lopsided losers to the Oregon schools on Friday. #11 Gonzaga took care of Portland Saturday 56-42. Northern Colorado beat Eastern Washington by 6 and Central Washington qualified for the G-NAC Championship with an 81-65 win over Seattle Pacific. The Wildcats will face Simon Fraser in the quarterfinals Thursday night at 7:30.

On the men’s side Friday…

Daniel Vogelbach and Braden Bishop each contributed an RBI offensively while Kendall Graveman looked good on the mound with the start. He went 2-innings and allowed no-runs on 1-hit with 3-strikeouts. Seattle is back home in Peoria today at 12:10 against 4-and-4 Colorado