The Wenatchee Wild started off a three-game road trip north of the border on a good note last night, picking up a 3-2 shootout win at Prince George. Tyler Young got Wenatchee on the board first in the 4th minute of the second period. Luke Ormsby gave the Wild a 2-nothing lead wit his 10th goal of the season in the third period. But Wenatchee couldn’t hold the lead. Through four minutes of overtime, the game would be decided in a shootout.

Arch Ecker had the call on the Wenatchee Wild Hockey Network. Video courtesy of Hockey TV… 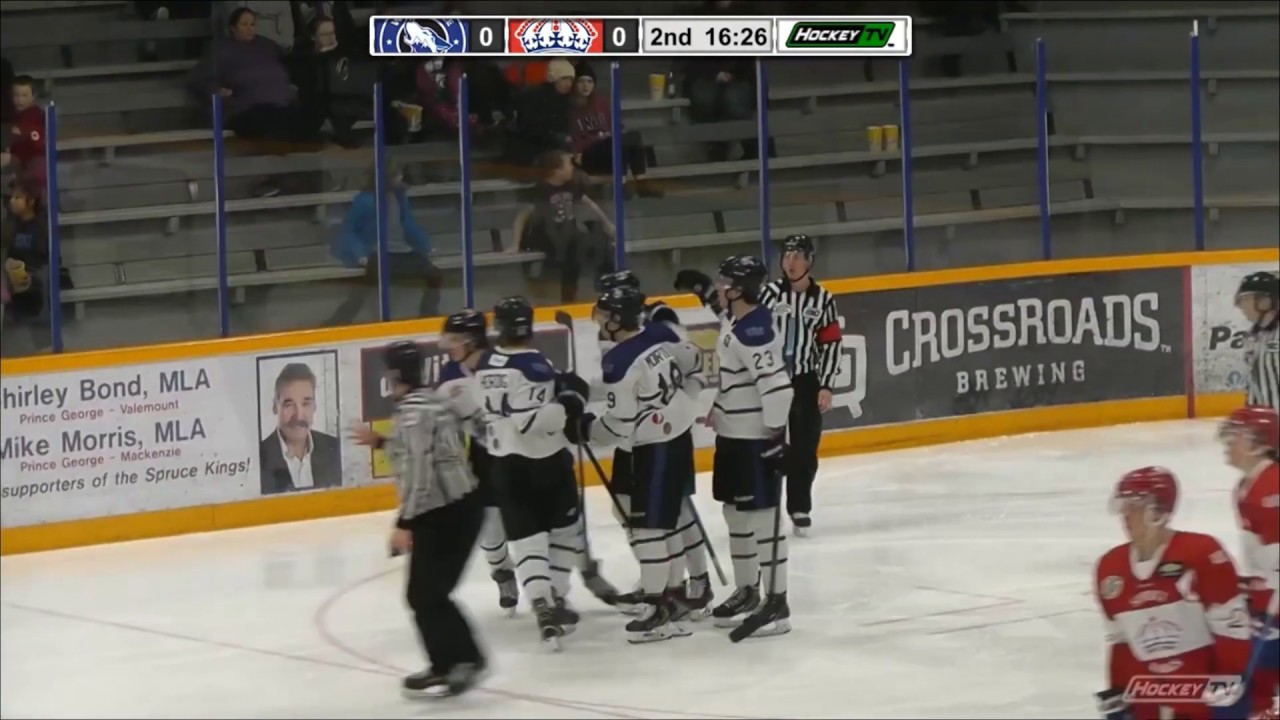 The Wild continue the road trip tomorrow in Surrey against the Eagles at 7 o’clock. Then they’ll head for Langley Saturday for a 7:15 game. Wenatchee finally returns home for its final two home games of the regular season against Vernon next Friday and Chilliwack Saturday.

The Lady Knights got 18-points from Natalie Andreas and 15 from Chasity Spady in a 69-54 win over the Hawks. WVC improved to 16-and-7 overall and 6-and-3 in conference play with the win.

On the Men’s side last night, WVC had four players in double figures in a 91-79 win over Columbia Basin. Malik Parsons came off the bench with 28-points while Chance Michels had 15; Abdul Abdullah 15; and Austin Hatch 12 points in the victory.

On the Les Schwab Prep Basketball Scoreboard from last night…

The Chelan girls put away Tonasket 55-26 in a non-league game. And for the Chelan boys, Cade Christopherson led all scorers with 26-points as the Goats came out victorious 84-25. The Tigers were held to single-digits in each quarter, including just three in the fourth frame.

Coming up tonight on the Prep Girls Basketball Schedule…

Cashmere celebrates its seniors tonight with a 5:45 game against Cascade. The Entiat girls travel to Wilson Creek for a 5:45 game time.

Same story for the boys tonight with Cashmere hosting Cascade at 7:15. At halftime of the boys game in Cashmere, Hailey Van Lith will be recognized for being selected to the McDonalds All American game. Entiat and Wilson Creek get going at 7:30.

We’ll be featuring the Wild and Trail Smoke Eaters from the Town Toyota Center back on January 25th. Arch Ecker has the call at 7 o’clock here on your television home for the Wild, the NCWLIFE Channel.

And after we get through hockey tonight, we’ll wrap our sports schedule at Eastmont High School tomorrow night when the Wildcats host Davis. It’s senior night and I’ll be courtside for all the play-by-play with the girls LIVE on our Facebook stream at 5:45 followed by the boys at 7:30. The television broadcast will begin at 6:30 for the girls following the NCWLIFE Evening News and the boys at about 8 o’clock.