The Wenatchee Wild are set to return to the ice tonight at the Town Toyota Center for the first time in 20-days. After 5 games were wiped out by COVID to start the year, Wenatchee welcomes the Cranbrook Bucks to town for the first of two games tonight.

Cranbrook currently sits in 5th place in the BCHL’s Interior Division at 17-11-2-and-zero. The Wild are a couple spots back in 7th at 9-11-4-and-1. Because of the unbalanced schedule to start the season, the BCHL is using winning percentage and not points to determine playoff spots.

While Wenatchee has been idled by COVID, the Bucks are 3-and-2 so far in January. The interim “voice” of the Wild, Sean Zears, says it will be fun to watch Wenatchee face the expansion team for the first time… 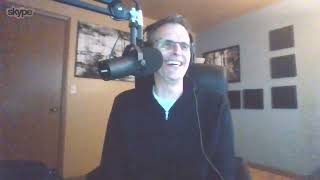 Wenatchee and Cranbrook drop the puck at 6 o’clock tonight at the Town Toyota Center. The two teams play again tomorrow night at 7:05. You can get tickets online at www.WenatcheeWildHockey.com.

Staying on the ice, the Seattle Kraken will try to make it two wins in a row tonight at Climate Pledge Arena…

The San Jose Sharks are in Seattle to take on the Kraken. Following Monday’s shootout victory, Seattle is still last in the Pacific Division of the NHL at 11-23-and-4. The Sharks come in at 21-17-and-2, good enough for 4th in the Pacific.

Seattle added some help to the lineup by claiming Boston forward Karson Kuhlman off waivers. Coach Dave Hakstol says they made the move when Morgan Geekie had to go on injured reserve… 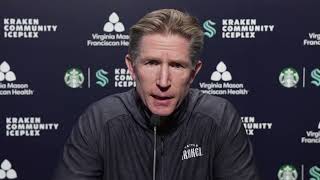 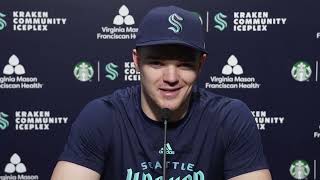 The puck will drop at 7 o’clock tonight and you can watch the action on ROOT Sports Northwest.

The Eastmont Wildcats host the Wenatchee Panthers at Eastmont High School. COVID has raised heck with Eastmont’s schedule so far this season, as the Wildcats have wrestled only one of its scheduled four matches so far this season, knocking off Davis 36-33.
Meanwhile, Wenatchee is 1-and-2 after losing its first two matches to Eisenhower and Moses Lake. The Panthers beat West Valley 9-days ago 48-30.

Eric Granstrom will be mat-side for the action tonight with our pregame at 6:45 here on the NCWLIFE Channel and streaming on our Facebook page.

In other wrestling action tonight, Ellensburg hosts Quincy, Othello and Wapato in a double-duel at 5:30. Cascade, Chelan and Omak gather in Cashmere at 6. Grandview travels to Ephrata at 7.

Eastmont travels to Tony St. Onge Pool in Moses Lake at 4 o’clock. Wenatchee is at Lions Pool in Yakima to face West Valley, also at 4.

Wenatchee traveled to Yakima Wednesday to face Eisenhower and the Cadets came away with the sweep. High rollers for the Panthers were Ailani Russell with a 197 and Kaitlynn Cunningham with a 193.

Today, the Eastmont girls bowling team was at Minda Lanes in Yakima against Selah. It got underway at 3:30.

Chelan traveled to Cascade and beat the Kodiaks in Caribou Trail League play 88-to-56.

COVID in the Wenatchee girls program has put a halt to things until Monday. That means its makeup game with Eisenhower tonight and games for the weekend are now off. In other action tonight, the Okanogan girls play at Warden at 5:30. Pateros hosts Moses Lake Christian at 6. Wilson Creek visits Entiat at 6. And Bridgeport hosts Cascade Christian, also at 6.

The Wenatchee and Ike boys will tip at 6:15 tonight at Wenatchee High School. Brewster travels to Lake Roosevelt at 7 while Okanogan visits Warden. The 7:30 games have Moses Lake Christian at Pateros; Entiat hosts Wilson Creek; and Cascade Christian travels to Bridgeport.

That’s when Gonzaga takes on Portland at the McCarthy Athletic Center. Hailey Van Lith and her 3rd-ranked Louisville Cardinals have a big ACC clash with 4th-ranked N-C State today at 4:30. That game is so big it’s on ESPN. Eastern Washington plays at Sacramento State tonight at 7 o’clock.