The rival wrestling match between Eastmont and Wenatchee last night lost some of its luster with key injuries on both sides of the mat. But that didn’t stop it from being an entertaining evening as the Panthers topped the Wildcats 48-31.

There was a total of 10-pins combined on the night, starting right out of the gate with the first match at 182-pounds between Eastmont’s Luke Harrison and Wenatchee’s Orlando Rodriguez. 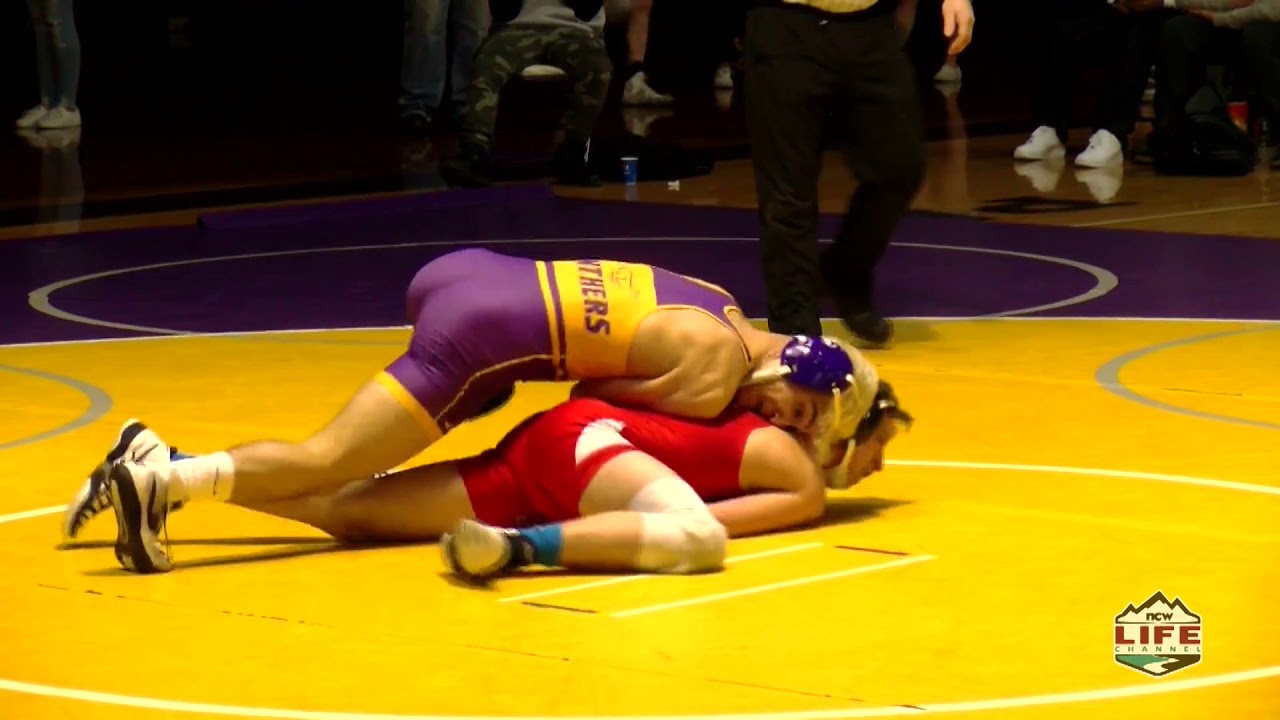 Wenatchee locked down 3rd place in the Big-9 with the win. Each team hopes to get their wrestlers back in time for Districts at Davis next Friday and Saturday.

Eastmont girls down Wenatchee thanks for forfeits 48-30

There were only 4 contested matches in the girls match between Eastmont and Wenatchee last night, all wins by pin…

But forfeits ruled the night as the Wildcats won 48-30. Bella Andreini and Kelsey Ibarra continued their stellar seasons for the Panthers while Sheila Carena surprised McKayla Cook for the Wildcats… 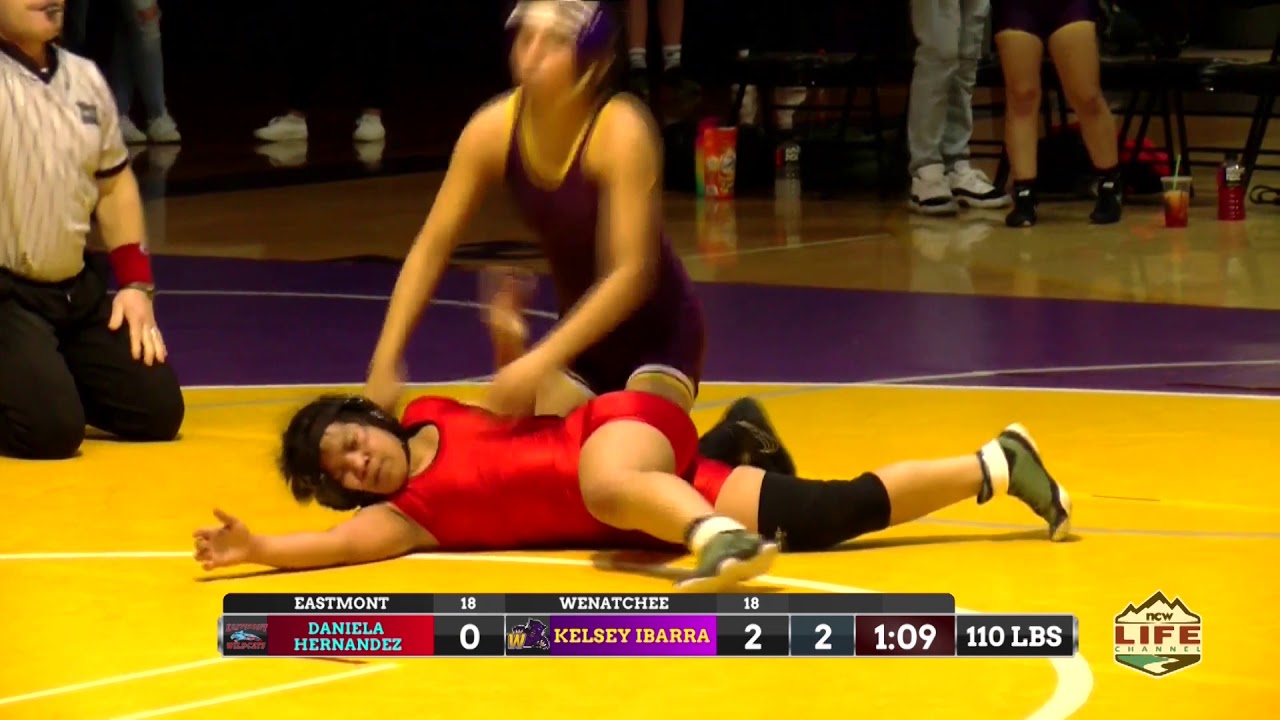 The Eastmont girls head to Okanogan this morning for the Invite beginning at 10am. The Brewster, Cascade, Cashmere and Chelan boys will wrestle at the Okanogan Invite tomorrow starting at 10am.

Nob Hill Lanes is the site as Eisenhower hosts the tournament beginning at 11 o’clock. The Cadets won the regular season title with Wenatchee 2nd and Eastmont 3rd. The Panthers and Wildcats will look to put up some good numbers as only one team will advance to the State Tournament.

Here’s what we have on schedule in girls basketball tonight…

Eastmont hosts Moses Lake and Grant Olson will be courtside with the play-by-play. We’ll have that at 6:30 here on the NCWLIFE Channel. Also tonight, Wenatchee plays at Sunnyside at 5:45. That’s the same start time for East Valley at Ephrata; Quincy at Ellensburg; and Cascade at Chelan. Waterville-Mansfield hosts Tonasket tonight at 6.

On the boy’s courts tonight…

Ephrata hosts East Valley at 7:15. Quincy plays at Ellensburg while Chelan hosts Cascade at 7:15. Wenatchee travels to Sunnyside at 7:30. And we’ll have Eastmont and Moses Lake from Eastmont High with Grant at 8 here on the NCWLIFE Channel.

Ephrata visits Quincy for the Battle of the Basin at 3:30. Moses Lake hosts Eisenhower at 5:45. Eastmont plays at Wenatchee at 5:45, which Grant and Eric will have the play-by-play of LIVE on NCWLIFE. Waterville-Mansfield plays at Oroville at 6 o’clock.

Quincy hosts Ephrata at 6. Waterville-Mansfield tips it up at Oroville at 7:30. Moses Lake entertains Eisenhower at 7:30. And we’ll have Eastmont and Wenatchee at 7:30 here on NCWLIFE.

The Wenatchee Wild are in Trail, B.C. for a British Columbia Hockey League game tonight…

The puck drops at the Cominco Arena at 7 o’clock. Wenatchee returns home tomorrow night to host Coquitlam at the Town Toyota Center. It’s Guns N Hoses Night with special jerseys, and auction, and an exhibition game at 5 between local firefighters and police.

Gonzaga pulls away in 2nd half

The Bulldogs remained unbeaten in West Coast Conference play and improve to 22-and-1 overall. It was a costly win, however, as Killian Tillie left the game with a left ankle sprain.

Washington had just one field goal in the final 6-and-a-half minutes, falling to Arizona 75-72 in Seattle. RaeQuan Battle hit a 3-pointer for the Huskies with 1:45 remaining to give Washington a 72-70 lead, but that would be the only field goal down the stretch.

Jeryn Lucas scored 27-points off the bench to lead Central Washington to an 84-77 win over Simon Fraser.

College basketball schedule for the weekend

Coming up on the women’s schedule tonight, Washington hosts #6 Stanford at 7 while Cal plays at Washington State.

Super Bowl is a pick’em Sunday