It took 5-games, but Wenatchee secured at least the Number 2 spot in league with a 3-2 win over Moses Lake last night. The Chiefs came out firing on all cylinders and beat the Panthers 25-21 in the first game. It was back-and-forth from there as Eric Granstrom had the call on the NCWLIFE Channel… 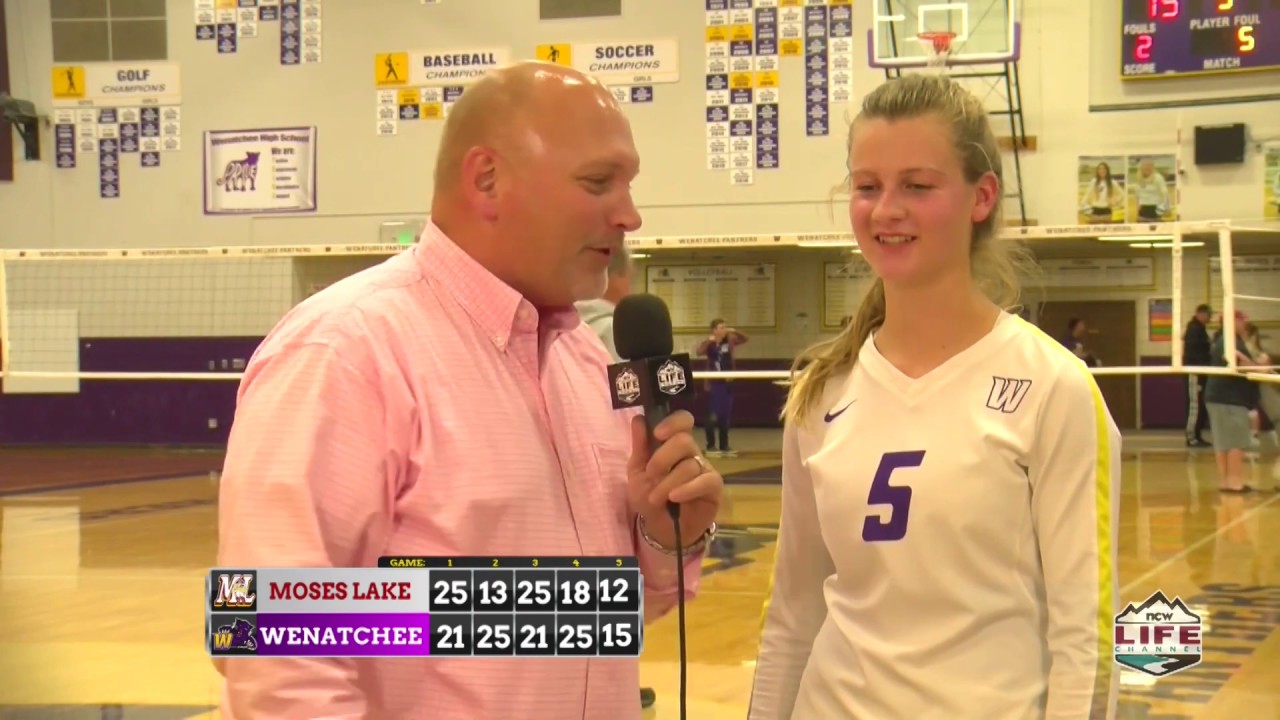 The final scores were 21-25, 25-13, 21-25, 25-18, 15-12. The win means Wenatchee will be at least the No. 2 seed heading into the Big-9 District Tournament in November and will play for the District Championship against West Valley. The Panthers face the Rams Thursday in Yakima in Wenatchee’s next-to-last match of the regular season.

Eastmont was also victorious last night at Sunnyside, beating the Grizzlies 25-17, 25-15, and 25-15, solidifying 3rd place in the Big-9. That will mean a home district play-in game a week from Tuesday, probably against Davis.

Ellensburg remained unbeaten in CWAC play with a three game sweep of Ephrata. Selah kept pace, improving to 7-and-oh in league play with a sweep of Quincy.

And in the B’s, it was Tonasket taking three games from Bridgeport.