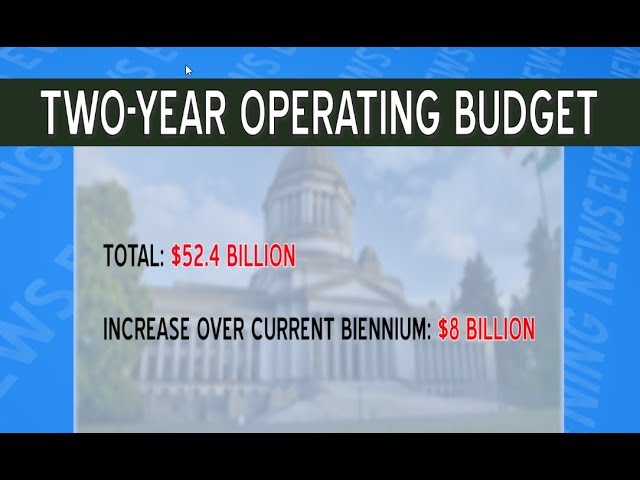 For the first time since 2009, the Washington Legislature passed an operating budget and adjourned without a special session late Sunday.

The $52.4 billion operating budget increases spending by eight billion dollars over the next two years. And includes a wide array of spending and revenue increases. The spending increases included K-12 education, higher education and $45.5 million to help prevent and fight wildfires in the state.

To pay for the additional spending, taxes were increased on some real estate sales. There also will be an increase in the business and occupation taxes on some industries. Noticeably absent from the revenue bills approved was a capital gains tax proposed by Democrats in both houses that likely would have faced legal challenges.

Lawmakers approved Initiative One Thousand, which repeals the state’s ban on affirmative action. Lawmakers also adopted a capital budget that contains funding for two major projects in the Wenatchee area. Four million dollars is allocated for the Wenatchi Landing sewer extension project. It’s the first phase of developing infrastructure to support major new development near the Odabasian Bridge. It involves a fully installed road, water line, and sewer extension that could lead to commercial and recreational development.

The capitol budget also includes over $33.5 million dollars for improvements to Wenatchee Valley College including replacing the ageing Wells Hall, $977,000  for the Cashmere Canyon Preserve project, $500,000 for improvements to Lincoln Park and an additional $263,000 for construction of a combination soccer and lacrosse field at Lincoln Park.