Cashmere’s Hailey Van Lith will have to make a little more room on her trophy shelf and wall of plaques for one more. Van Lith was named the Seattle Times All-State Girls Player of the Year.

The Cashmere senior finished her brilliant high school career a week ago at the State 1A Tournament scoring 27-points in a Championship loss to Lynden Christian. Hailey averaged over 32-points her senior year and finished with 2,994 career points, most-ever in state history.

Van Lith is quoted in the Seattle Times article that she’s put the devastating loss of the title game behind her and is now focusing on her future at Louisville. She said she hopes people remember the way she played the game and that, “my opponents remember hating playing me because I was the worst (to play against).”

Today was the final day athletes around the state had to turn in their spring sports gear. Today is the last day of school for everyone in Washington until late April. School districts were expecting any equipment or uniforms to be returned today since there will be no practice allowed over the next month-plus.

We’ve reached out to area athletic directors to learn what the plan is once school resumes the end of April. According to our records, the first available game once school is back in session would be April 28th. We’ll find out if leagues will try to make up any games or just pick up a shortened-schedule once school resumes.

Funny of the day – coyote warning

Lord knows we could use a little levity in our days right now, so that’s what I’ll try to do over the next few weeks…

Here’s an actual sign posted at the Juneau International Airport warning of coyote activity. It says, quote, coyotes are wild animals and can be dangerous. Do not encourage them to approach. They are smart, fast and will take what they can get. All pets MUST be kept on a leash or under competent control for your safety and for the safety of the animals. Keep them at a distance! Never feed coyotes!

And then, if you read carefully…

Call Airport Wildlife or Airfield Maintenance if you see dangerous coyote activity such as:

And of course, the pertinent phone numbers to call if you see such wiley activity.

What’s a sports guy do when there’s no sports?

And now, the first of Eric Granstrom’s many part series… 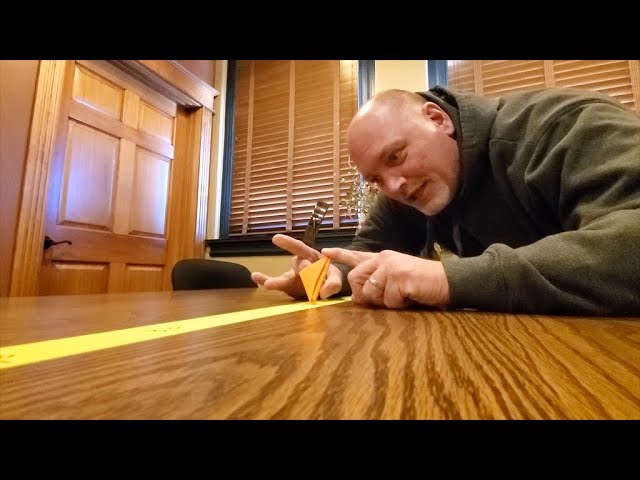 And that’s what a sports guy does when there’s no sports.