WENATCHEE,WA.-A word of caution for motorists in North Central Washington this weekend. You can expect treacherous winter driving conditions on area roadways as a major arctic blast hits the region. Steve Hair reports . . . 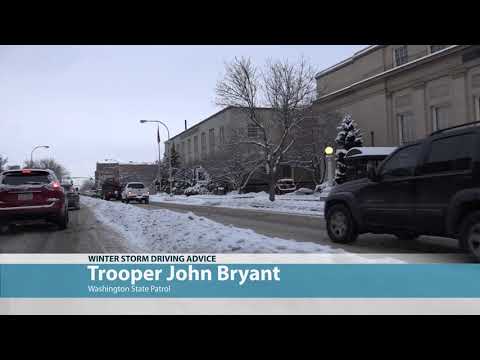 Snowplows will be out early and often as the forecast calls for up to a foot of new snow on the valley floor by Sunday.

Trooper John Bryant with the Washington State Patrol says he expects a busy weekend in Central Washington with possible blowing and drifting snow in the Columbia Basin and sub-freezing temperatures. He says unless you absolutely have to drive, don’t.

Wenatchee City and County crews will be out plowing roads and applying de-icing agents and sand. Crews will be concentrating on major arterials and roadways, listed as Priority 1 and Priority 2 roads on the Chelan County Snow & Ice Removal Priorities Map Priority 3 roads may not get cleared until Monday so snowplows can stay on schedule in the adverse conditions.