The Pac-12 has voted to postpone all fall sports competitions, including football, through the end of the year. The announcement came shortly after the Big 10 Conference mad the same announcement.

Pac-12 Commissioner Larry Scott said in a statement, “our student-athletes, fans, staff and all those who love college sports would like to have seen the season played this calendar year as originally planned, and we know how disappointing this is.” He went on to say, “the health, safety and well-being of our student-athletes and all those connected to Pac-12 sports has been our number one priority since the start of this current crises.”

Other Big-5 conferences are expected to follow suit, so college football fans may have to wait until spring for their favorite sport.

The 2nd year player out of Hawaii was placed on the Reserve/COVID-19 list after receiving a positive test Saturday. But according to an interview with K-H-O-N TV in Honolulu, Ursua said he tested negative on Sunday.

Ursua became the first Seahawk to be placed on the Reserve/COVID-19 list. The NFL’s new protocol is for players who receive a positive test to be quarantined. If they test negative two more times and are asymptomatic, the previous result will be considered a false-positive and they’ll be able to return to practice.

Mariners young and old were introduced to the Texas Ranger’s new stadium last night in the first of a three-game series. They apparently liked it…

Seattle pounded out 10-runs on 15-hits in a 10-2 victory. It marked the first Major League win for pitcher Justin Dunn, who went six innings and allowed 2-runs on 7-hits with 3-walks and 2-strikeouts.

Kyle Lewis had a great day at the plate, going 3-for-5, including a 3-run home run that put the Mariners in the lead for good in the top of the 5th inning…

Dave Sims and Mike Blowers with the call on Root Sports. The floodgates really opened in the 6th. Dylan Moore plated another of his 3-RBI’s in the game on a single and was on base with two others as Kyle Seager stepped to the plate…

Moore also collected his 4th home run on a solo shot in the 7th. Seager said the second-year player out of Central Florida is one to watch… 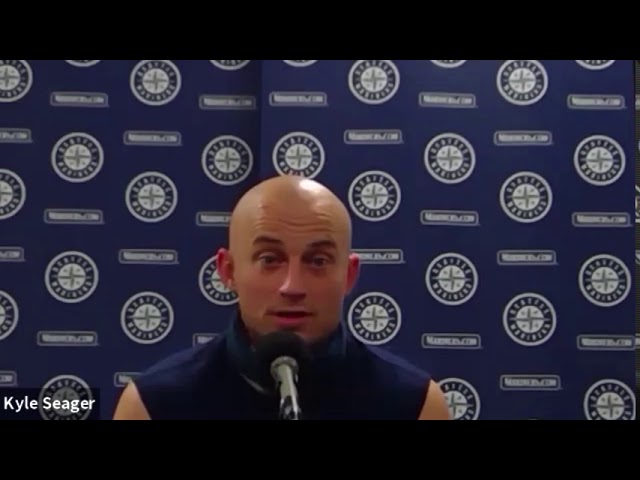 Seattle and Texas play the second of the three-game series tonight at 6:05 with Marco Gonzales facing Mike Minor.

Mike Trout’s second homer of the night was the game-winner for the Angels in the bottom of the 8th that gave Los Angeles a 10-9 win over Oakland. The two teams combined for 23-hits and 6-home runs.

The night will feature a return of the Northwest Focus Midget series along with the Northwest Pro-4 Trucks to join the Holaday’s Custom Muffler B-Mods, Dick’s Heating and Air Conditioning Thunder Cars and Plumb Perfect Roadrunners.