Wenatchee hosted Sunnyside in Big-9 football Friday at Lee Bofto Field at the Apple Bowl. The Panthers got out to an early 3-0 lead on a 31-yard field goal by Alex Sanchez. The Grizzlies took a 7-3 lead on a 62-yard touchdown pass from Logan Rodriguez to Noah McNair. Wenatchee scored just before half to take a 10-7 lead on Camden Loidhamer’s 1-yard run. It was all Sunnyside in the second half as Rodriguez found Brent McDonald on TD passes of 15 and 24-yards to win 20-10. Grant Olson and Eric Granstrom had the call on the NCWLIFE Channel. 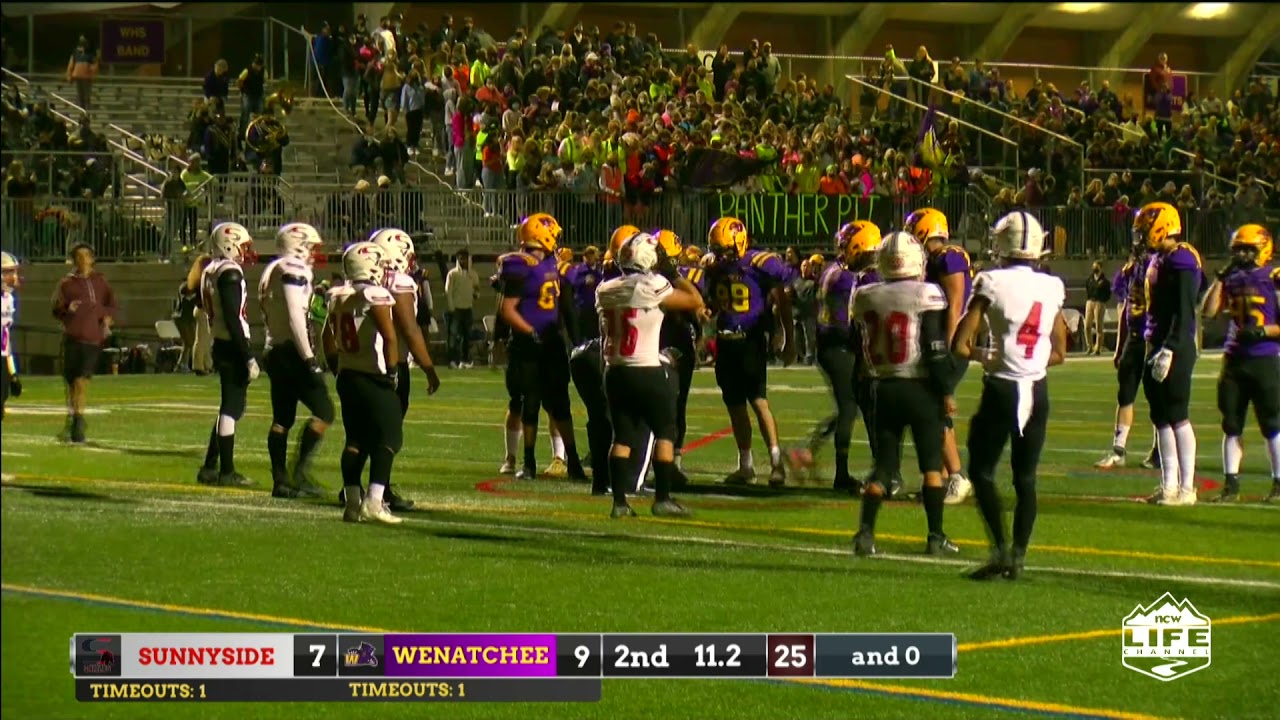 Loidhamer finished with 27 carries for 121-yards. Wenatchee quarterback Jake Devereaux was 7-for-17 for 61-yards and an interception. Sunnyside quarterback Logan Rodriguez was 19-for-26 for 230-yards and 3-touchdowns. Noah McNair had 7-receptions for 131-yards and a touchdown while Brent Maldonado hauled in 3-passes for 42-yards and two scores. Myles Newhouse, who was held in check in the first half, finished with 27-carries for 68-yards. Wenatchee dropped to 1-and-3 on the season, 0-2 in Big-9 play. The Grizzlies improved to 4-1 and 2-0.

In other Big-9 play Friday, Eastmont traveled to Eisenhower and had no trouble with the Cadets, winning 45-14. West Valley beat Davis 27-7. And Woodinville topped Moses Lake at Lions Field 24-13.

In B-League football Friday, Okanogan beat Brewster 55-13. Northwest Christian downed Manson 20-8. Lake Roosevelt earned a win with a forfeit by Oroville. No score was turned in for Tonasket and Mount Baker. Entiat hosts Bridgeport today at 1.