What a weekend for the Wenatchee AppleSox! It began Friday with the first of three games against the Bellingham Bells. Wenatchee led early but then gave away the lead in the top of the 8th. In the bottom of the 9th, the game was tied 2-2 with Kodie Kolden at the plate… 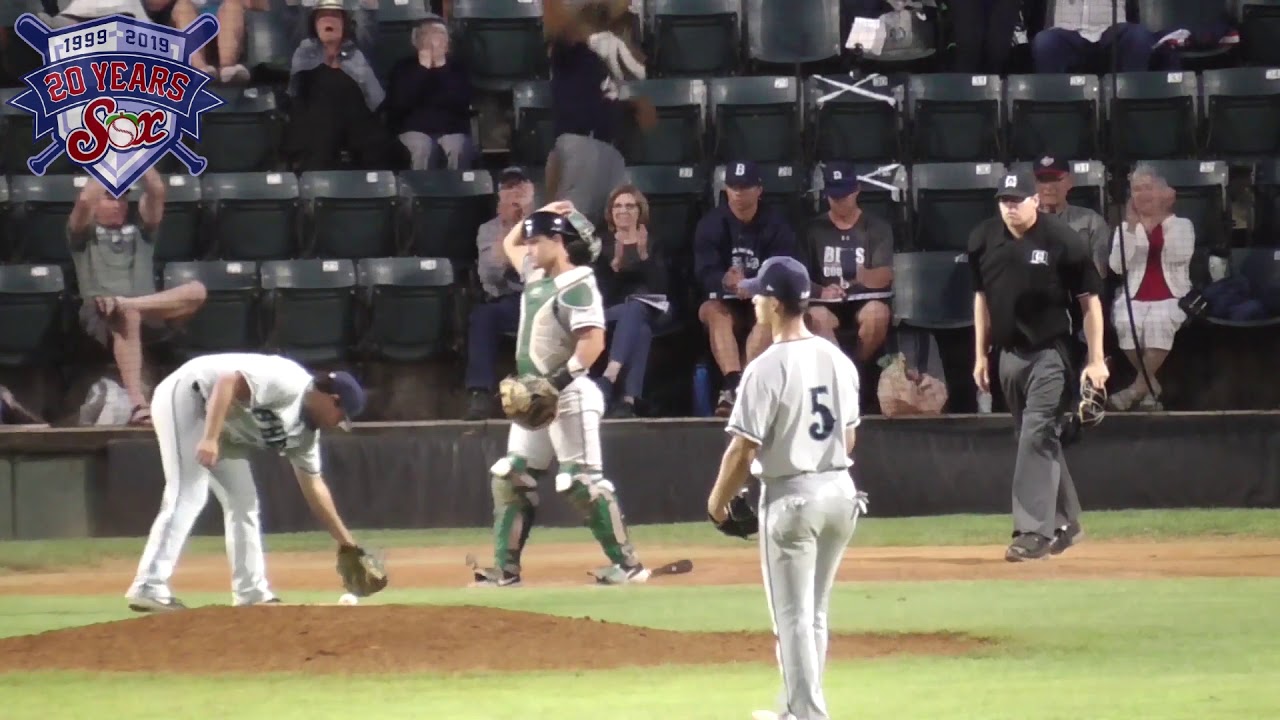 Voice of the AppleSox Joel Norman with the call on the AppleSox Radio Network as Wenatchee pulls off the 3-2 victory.

Then on Saturday, our NCWLIFE crew was on hand for a back-and-forth battle between the Sox and Bells. Bellingham led 8-7 in the bottom of the 7th when Wenatchee’s Dylan McPhillips came to the plate… 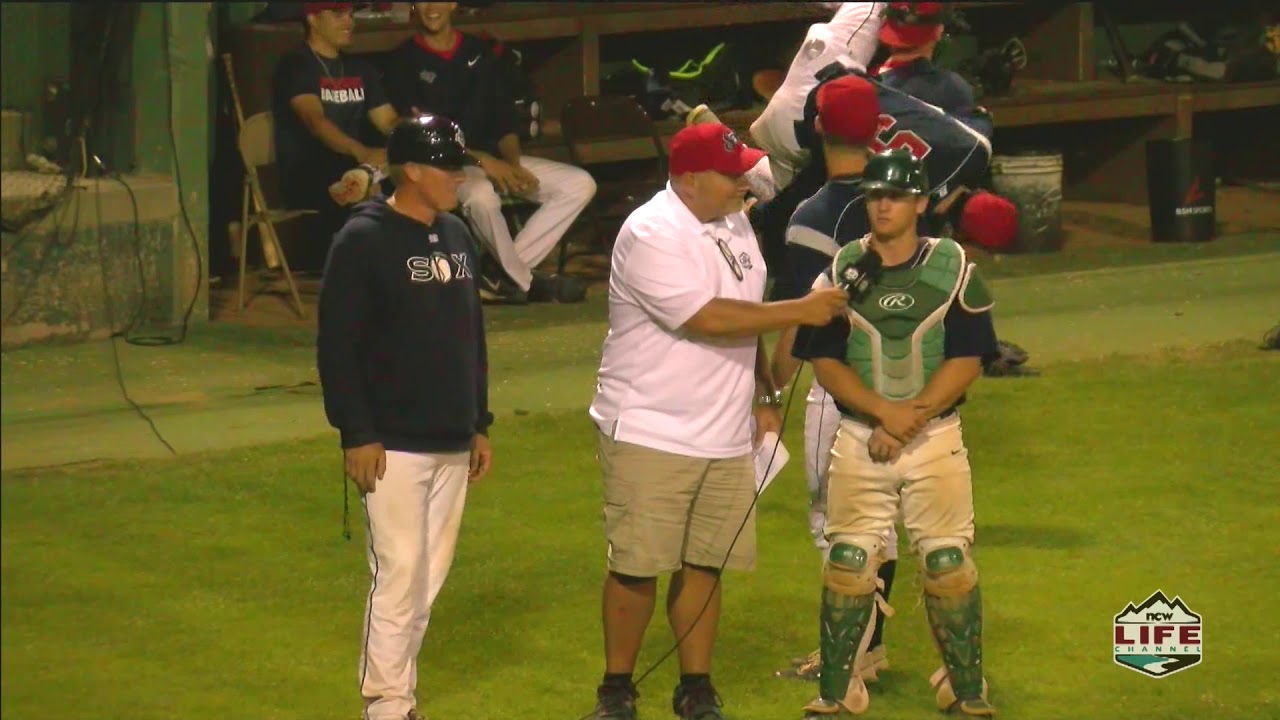 So Wenatchee had a chance for its second series sweep of the season Sunday after the 10-8 win Saturday night. To find out what happened in the finale, we head back to the “Voice” of the AppleSox, Joel Norman… 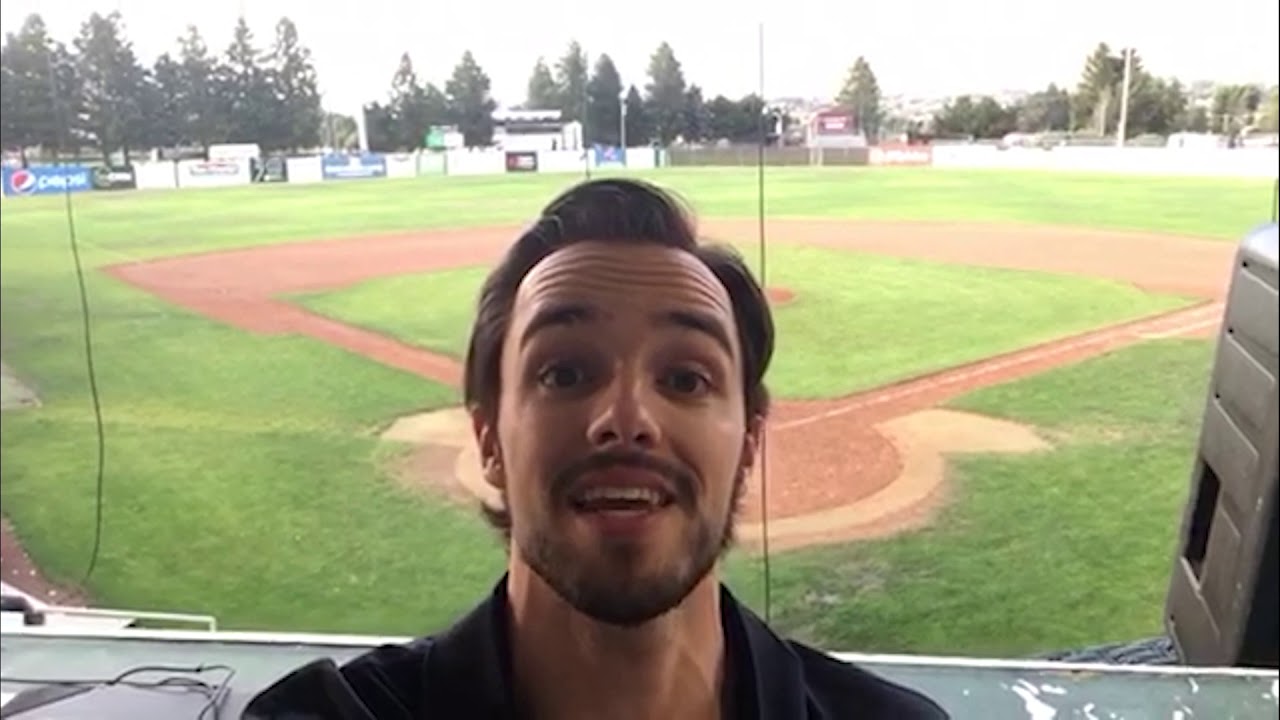 Gavin Gorrell combined with three relievers to hold Bellingham to 3-runs on 4-hits. Montgomery ended up 3-for-4 with a home run and 4-RBI’s.

Wenatchee continues its stretch of 13-games in 13-days with a non-league contest tonight versus the US Military All-Stars. You’re encouraged to come out and show your support for the military tonight AND root on the Applesox at 6:35.

Gonzales likes the likeness of his Bobblehead

Saturday’s game featured Marco Gonzales Bobblehead Night, sponsored by the I-B-E-W Local 1-91. NCWLIFE Sports Director Eric Granstrom spoke with Gonzales prior to the game and asked what he thought about having his own Bobblehead with his former team… 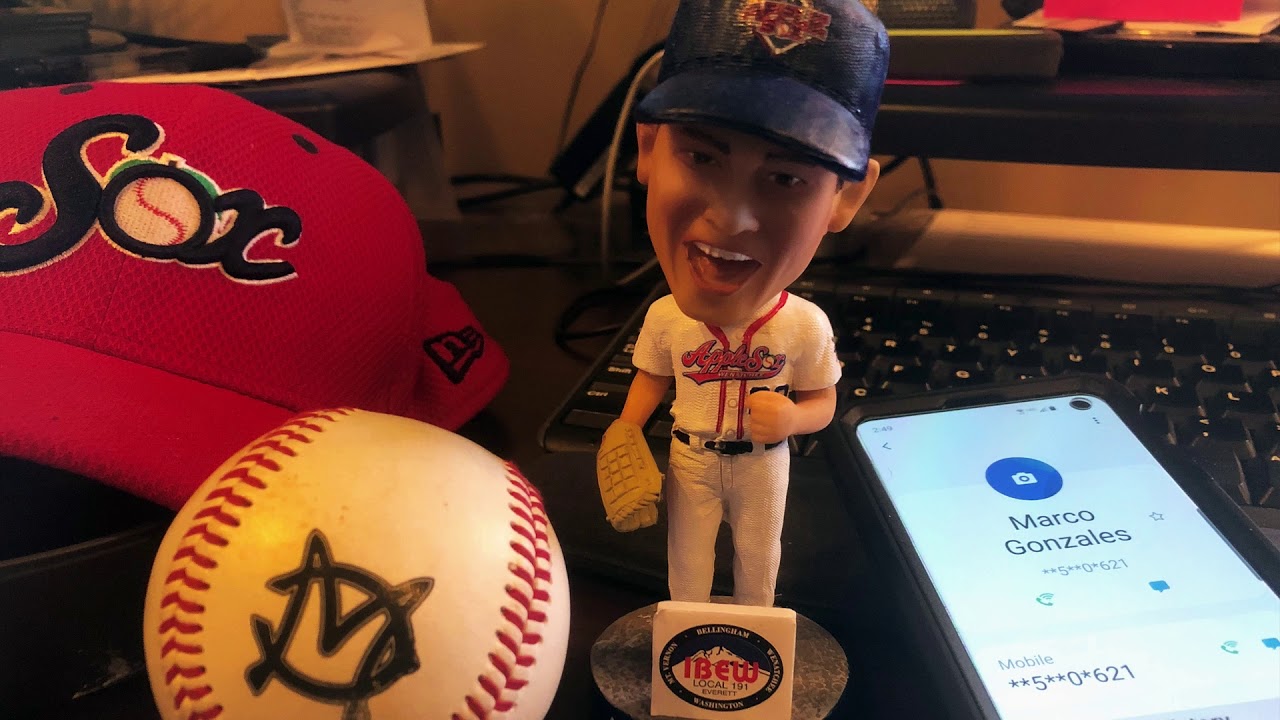 Marco will get his first start for the Mariners after the All-Star break tomorrow night in Oakland.

Tevita Gerber and four relievers combined on a 5-hit shutout of Kelowna as Corvallis picked up the 5-nothing win. Briley Knight was 2-for-3 with two RBI’s and a solo home run for the Knights.

Due to a rainout Saturday, Yakima Valley and Port Angeles had to play two, 7-inning games on Sunday. In the opener, Yakima Valley scored 5-runs in the 4th inning and won 5-to-2. Aiden Welch led the way for the Pippins, collecting 3-hits in 4-at bats. In the nightcap, Dwayne Angebrandt held Yakima Valley to 1-run on 7-hits in 5-innings to help the Lefties to the 2-1 win.

In Bend, Nick Adams and Jason Willow homered for Victoria in a 4-run 8th inning to beat the Elks 7-to-5.

And in non-league play, Thomas Rudinski’s solo home run in the bottom of the 5th broke a 3-3 tie and Portland would go on for a 6-3 win over the San Francisco Seals.

Victoria’s a half-game in front of Wenatchee at 6-and-2 while the ‘Sox are 4-and-2. Port Angeles is 3rd at 3-and-3. Yakima Valley is 4th at 3-and-4, 2-games back. Bellingham is now 1-and-4 after being swept by Wenatchee and Kelowna is winless in 5-league games in the second half.

Domingo Santana and Austin Nola each hit solo home runs in the early going to give Seattle a 3-1 lead. But it wouldn’t hold as the Angels scored two in the 5th on a bases-loaded walk and sacrifice fly to tie it. Then Thaiss untied it in the 8th off Anthony Bass.

Seattle now heads to Oakland to begin a two game series with the A’s after a day off today.

Also in the American League West on Sunday…

Jose Rondon’s throwing error in the bottom of the 9th allowed Chad Pinder to score the game-winner from 1st base as Oakland swept the White Sox with Sunday’s 3-2 win.

The visitors to the Town Toyota Center knocked off Wenatchee Valley 28-27. The Express will travel to Napa, Idaho to battle the Horsemen for the conference championship next weekend. The Skyhawks finished the season 6-and-7.