The Wenatchee AppleSox took a giant step closer to the playoffs last night with a 16-to-2 win over the Ridgefield Raptors at Paul Thomas, Sr. Stadium. “Voice” of the AppleSox, Joel Norman, has more… 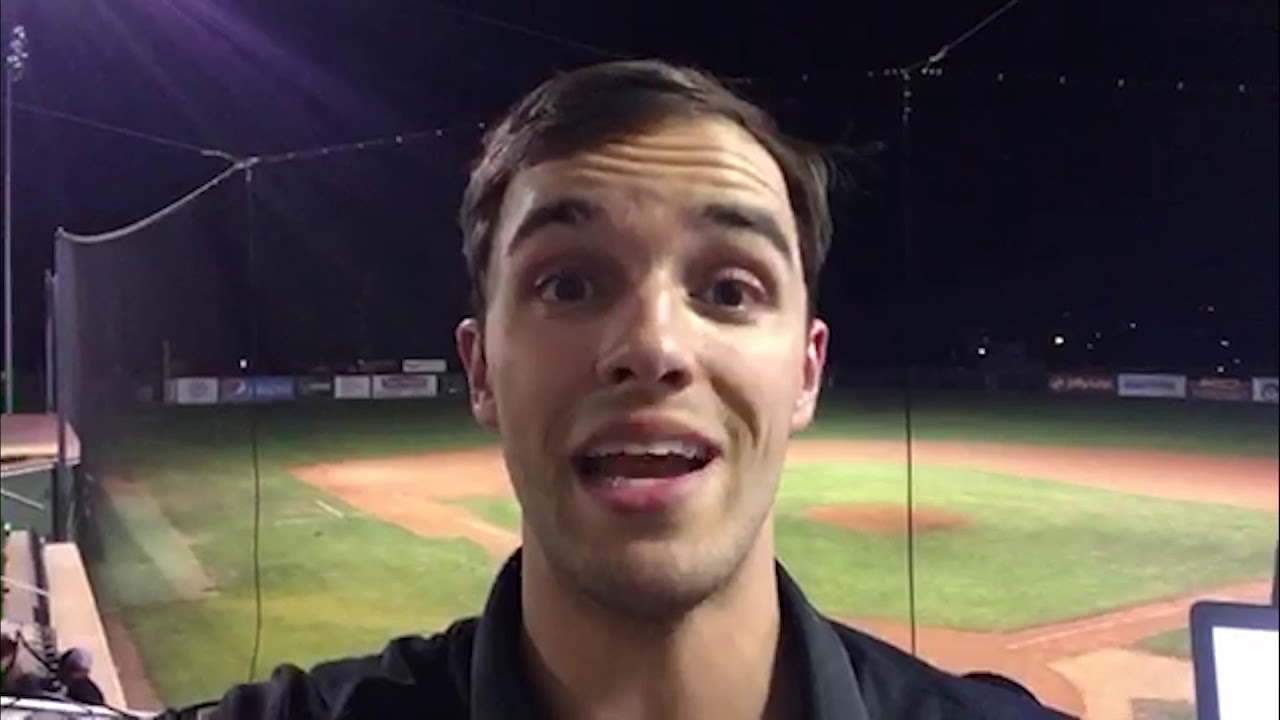 Wenatchee scored 2 in the first and 4 in the second innings of last night’s game and added another 6-runs in the 6th to put it away.

Torin Montgomery had two doubles and drove in 4-runs in his 3rd game as an AppleSox. Also making his Wenatchee debut was Jermaine Ducham, who went 2-for-4 with 3-runs and an RBI.

Gavin Gorrell improved to 4-and-2 on the mound, going 5-innings and allowing 2-runs on 6-hits with 7-strikeouts and 3-walks.

Wenatchee and Ridgefield battle again tonight at 6:35 with Jake Saum on the mound for the AppleSox. He’s 3-and-1 with a 3.40 ERA. The Raptors haven’t announced whom they’ll start tonight.

Nick Adams hit a home run, was 2-for-3 at the plate, scored FIVE times and drove in 3-runs to lead Victoria to a 15-3 win at Port Angeles. Harrison Spohn was also 4-for-5 and Gus Wilson contributed 3-hits and 3-RBI’s for the HarbourCats.

Andy Atwood scored on a wild pitch in the top of the 9th to complete the Corvallis comeback as the Knights knocked off the Bellingham Bells 5-4.

James Sashin and three other Cowlitz pitchers combined on a 5-hit shutout of Yakima Valley as the Black Bears prevailed 2-nothing.

John Jensen was 2-for-4 with a home run to lead Portland past Bend 7-to-5.

So what does it all mean?

Bellingham’s loss drops the Bells to 4-and-a-half games behind Wenatchee in the chase for the final playoff spot in the North if Victoria wins the second half. The Lefties are still technically alive, 6-games back.

The magic number for Wenatchee is now 1. A victory over Ridgefield tonight would put the AppleSox in the playoffs for the first time since 2013. That would lock Wenatchee in for the second-best overall record in the North. AND, the ‘Sox could still earn the second-half championship.

Portland gets a step closer to playoffs

Portland maintained its distance with Corvallis in the second-half race by winning last night. Cowlitz stayed alive as well. Everyone else is eliminated from a chance at the second-half crown at this point.

If Corvallis wins the second half, Walla Walla clinched the second playoff spot and Ridgefield was eliminated. However, the Sweets have to wait another game or two to see if the Knights clinch the second-half title.

The lone bright spot on the night for Seattle was rookie Tim Lopes hitting his first Major League home run, a two-run shot in the 8th. The Padres hit four homers last night, one of which off loser Wade LeBlanc. He dropped to 6-and-5 going 5-innings and allowing 5-runs on 5-hits with 5-strikeouts and a walk.

The two teams wrap up the quick, two-game series this afternoon at 3:40 with Joey Lucchesi facing Yusei Kikuchi.

Prior to last night’s ballgame, the Mariners learned Tim Beckham was being suspended by Major League Baseball for 80-games. Beckham tested positive for a steroid and will miss the rest of this season and the first 32 games of the 2020 season without pay.

Tucker Barnhart hit two of Cincinnati’s five home runs in the Red’s 8-4 win over the Angels.

Yuli Gurriel hit two home runs and drove in three to lead Houston past Colorado 11-to-6. In his first start since being traded to the Astros, Zack Greinke went 6-innings, allowing 5-runs on 7-hits to earn his 11th win of the season.

The Rangers and Indians were weathered-out yesterday and will make it up today with a doubleheader at Progressive Field.

Seahawks will give rookies a lot of playing time Thursday

The Seahawks are ready to hit someone other than a teammate tomorrow night when they host Denver in the first preseason game of Training Camp. Coach Pete Carroll says this will be a chance for the youngsters to make an impression… 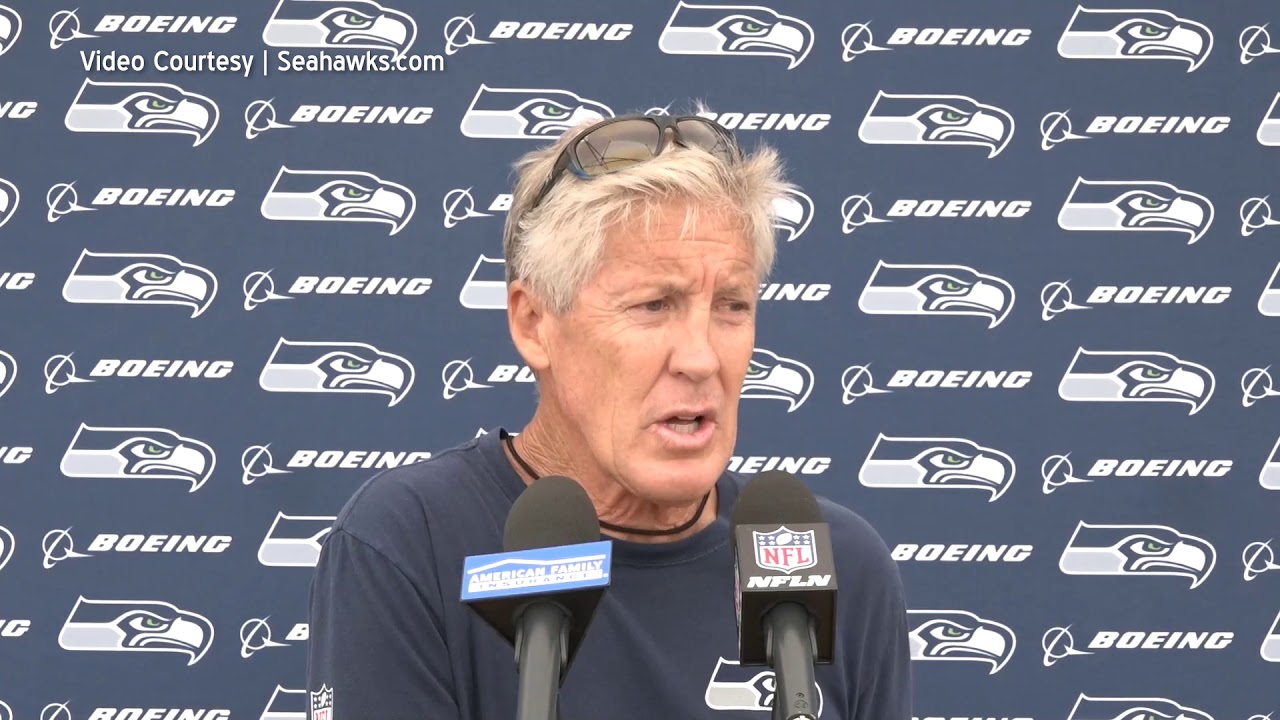 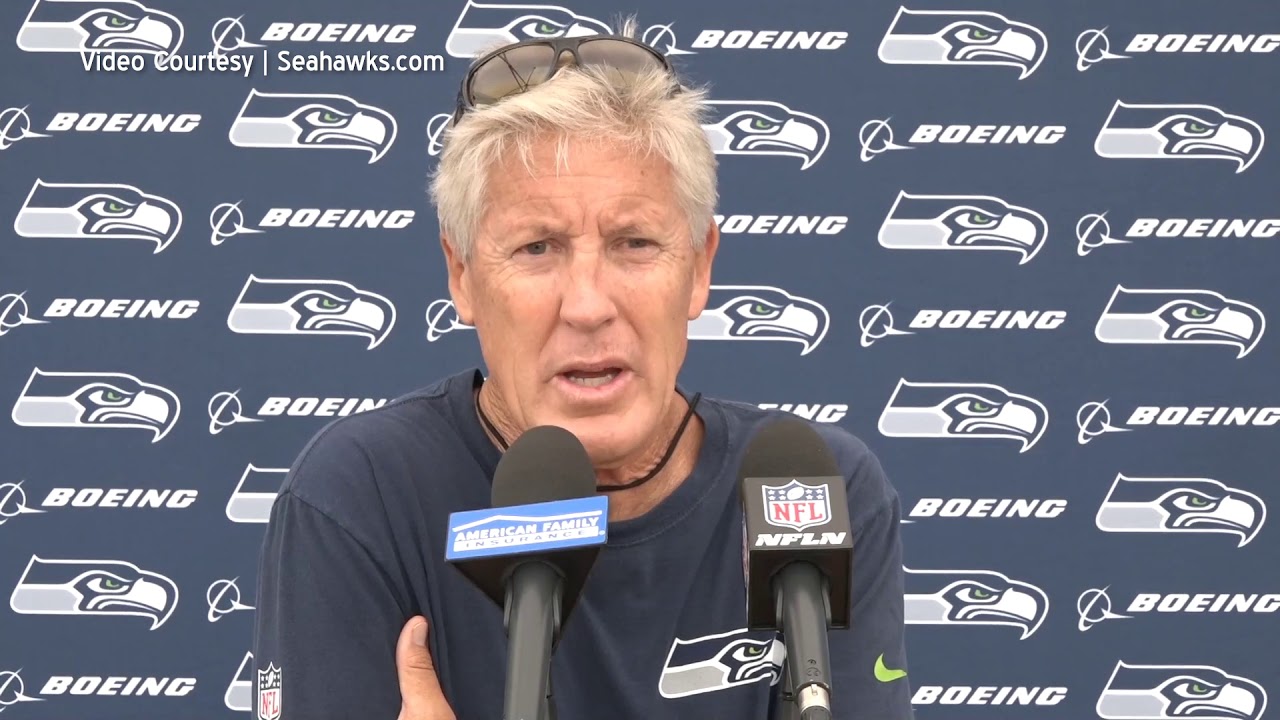 So we’ll see a lot of Geno Smith and Paxton Lynch. Coach Carroll says we’ll also see quite a different set of guys playing together on offense and defense that usually don’t play side-by-side. Seattle and Denver kickoff tomorrow night at CenturyLink Field at 7 o’clock.