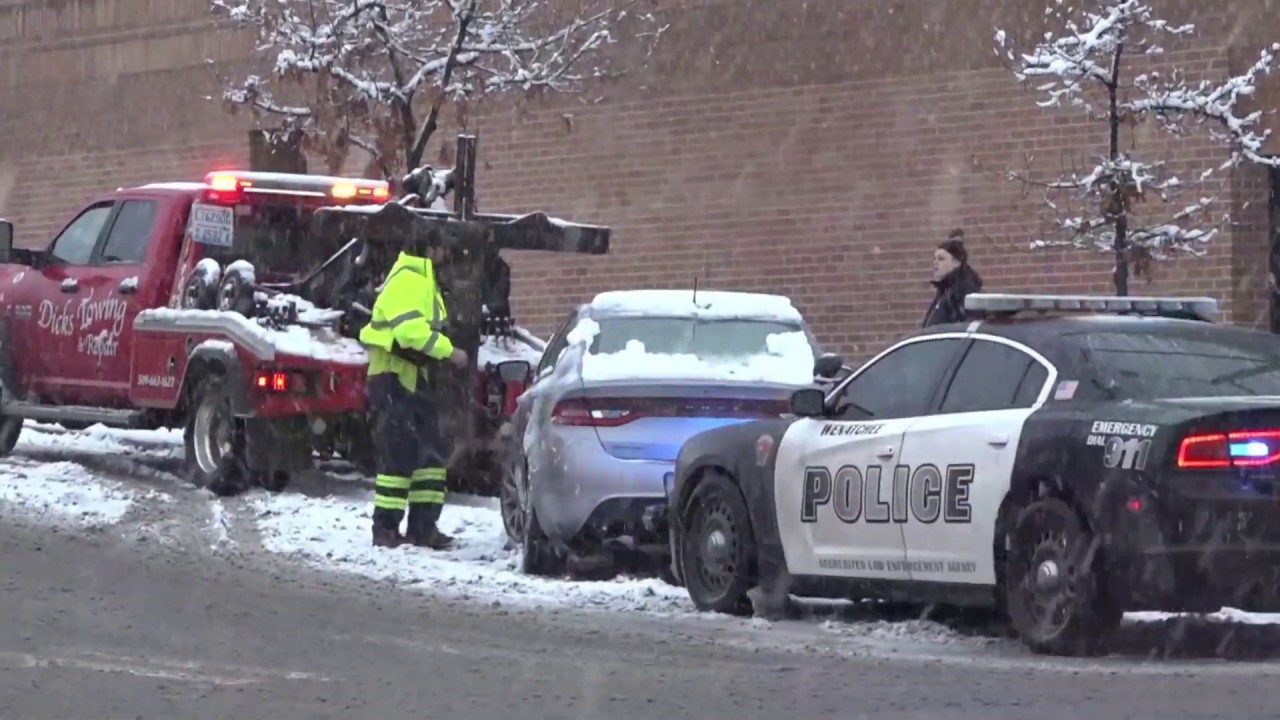 The overnight snowfall in the Wenatchee Valley made for a messy commute this morning, with law enforcement officials responding to numerous accidents, none involving serious injuries.

The streets in Wenatchee were especially troublesome, said Captain Edgar Reinfeld of the Wenatchee Police Department.

“Beginning shortly after 7 this morning and continuing until roughly 8:30, our general morning commute time when traffic is busiest, we had a spate of accidents that were basically scattered throughout the city,” Reinfeld said.

He said the city crews did a good job getting de-icer on the roadways in the early morning hours but as snow accumulated it “left conditions relatively slick.”

Fortunately, nobody was injured, he said.

Accidents are reportable when they involve $1,000 damage or more.

In Douglas County, deputies were kept busy with five accidents between 7 and 8:30 a.m.

The Washington State Patrol was kept busy numerous accidents in the region but, again, there were no serious injuries, said Trooper John Bryant.

“Up in the Wenatchee area, (there were) 13 collisions, no injuries,” Bryant said. “Only a couple on State Route 2 and the rest were on Highway 97 and 97A. I think overall, based on the weather conditions, we fared pretty well.”

There were about 20 non-injury accidents on Interstate 90 between the summit of Snoqualmie Pass and Ellensburg, Bryant said.

There also were 11 accidents on Interstate 82 in the Manastash Ridge area.

Deadline for REAL ID compliance delayed for a year

Deadline for REAL ID compliance delayed for a year