One could say the Seahawks won in spite of themselves as the offense struggled all day with the line allowing four sacks and the defense giving up a career-passing day to Andy Dalton of 418-yards. But as Pete Carroll always says, it’s how you finish, not how you start that counts… 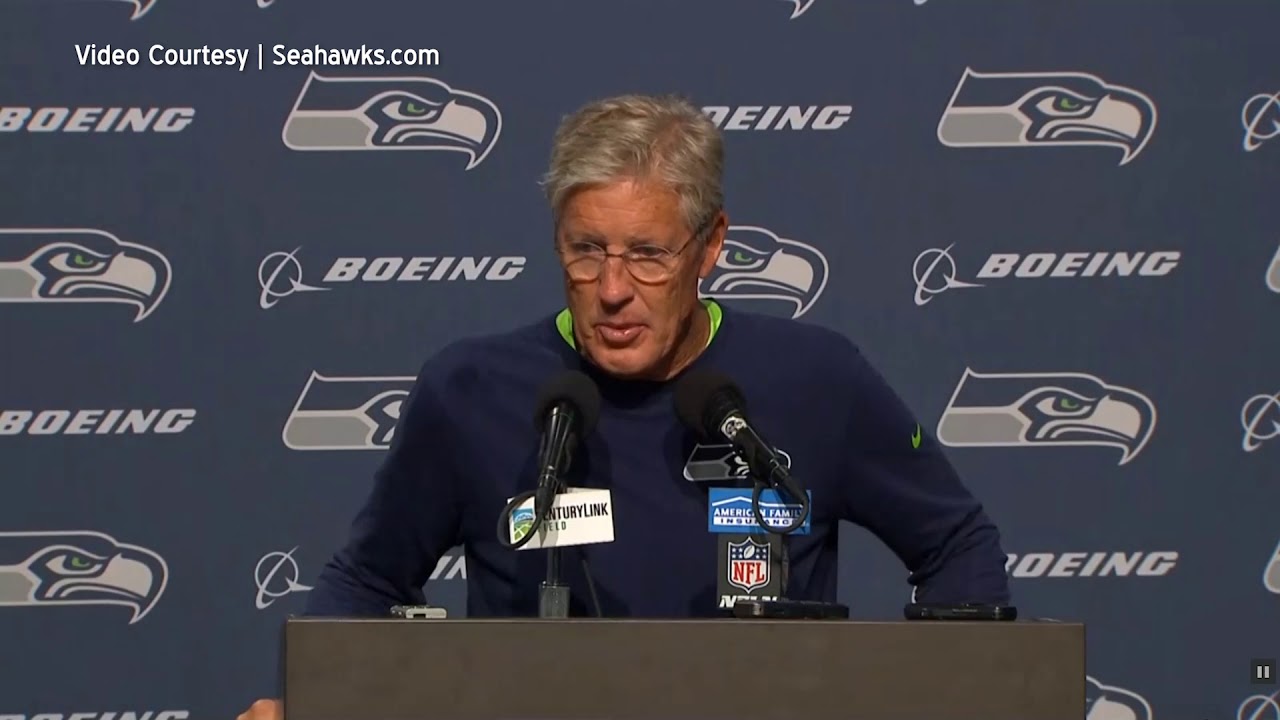 Wilson finished with two touchdown passes on the day, the other to Chris Carson, who also scored a rushing touchdown. Rookie DK Metcalf had a stellar opening day with 4-receptions for 89-yards.

Seattle takes its 1-and-oh record on the road to Pittsburgh Sunday to take on the Steelers, who were blown out by New England 33-to-3.

Anthony Gordon threw for 464-yards and 4-touchdowns at Washington State improved to 2-and-oh with a 59-17 blowout win over Northern Colorado.

The Washington Huskies came out flat to start its game with Cal, and were even flatter following a 2-and-a-half our lightning delay with the game finishing at 1:30 in the morning with the Bears beating the Huskies 20-to-19. Jacob Eason was just 18-of-30 for 162-yards, no touchdowns and an interception as the Washington offense couldn’t get on track.

Eric Barriere threw for 522-yards and 5-touchdowns to lead Eastern Washington past Lindenwood 59-31. The Eagles are now 1-and-1 on the season.

Central Washington played Idaho tough but fell to the Vandals 41-31.

Checking the Les Schwab Prep Football Scoreboard from the weekend…

Wenatchee gave Mount Si all it could handle Friday night, but the Cougars came out on top of the Panthers 26-16. Grant Olson and Eric Granstrom had the call here on the NCWLIFE Channel… 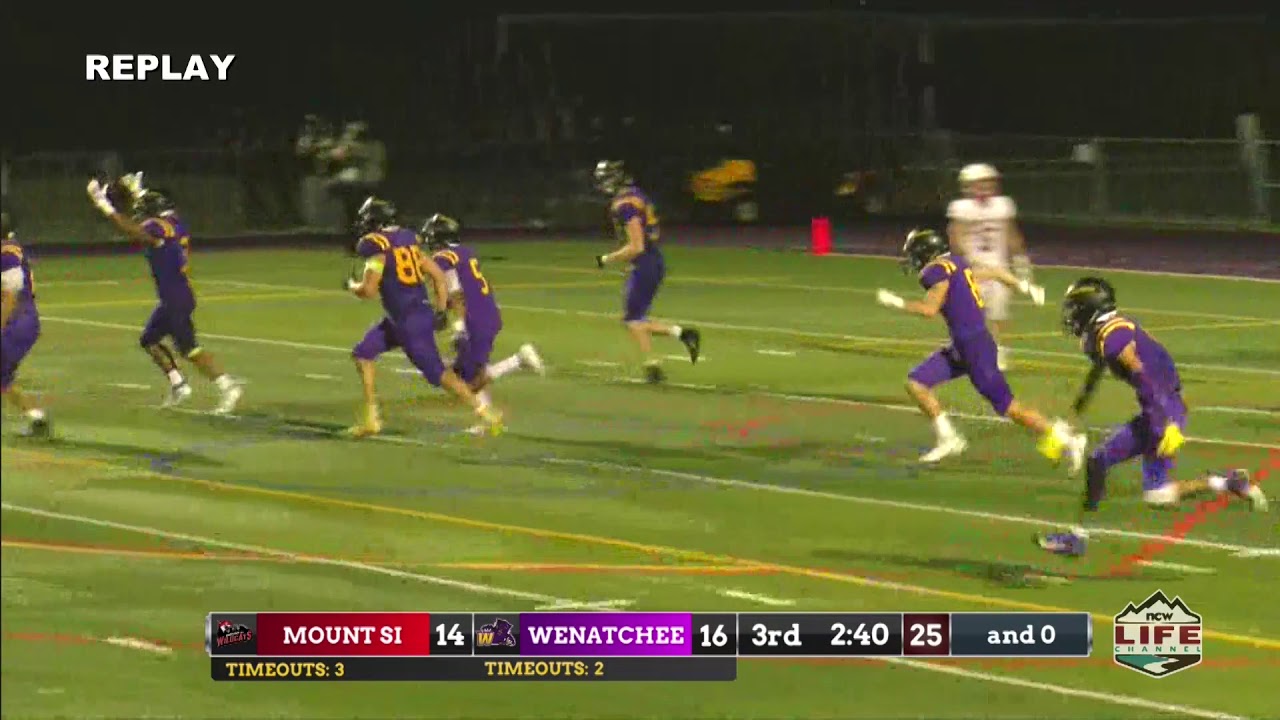 In other action Friday, Eastmont had no trouble on the road at Wilson, winning 42-nothing.

Chelan stopped Brewster in a barn-burner 35-25. Cashmere took overtime to beat Ephrata 20-to-14. Cascade had no trouble in its opener, beating up Naches Valley 54-to-2.

Central Valley shut out Wenatchee at the Apple Bowl 3-nil and Eastmont and Southridge played to a 2-2 tie.

Wenatchee Wild get off to 2-0 start

And returned home with a 2-and-oh record. On Friday, Merritt jumped out with a one-nothing lead midway through the first period before Brian Adams answered shortly before the break to tie it at one-one.

Nick Cafarelli gave Wenatchee its first lead of the game at the 14:33 mark of the second period. Then in the final seconds as the Centennials pulled its goalie, Brett Chorske added an empty-netter to give the Wild a 3-1 victory. Daniel Chenard stopped 29-of-30 shots for Wenatchee on the night.

On Saturday, the Wild fell behind early again as West Kelowna scored two quick goals in the first 3-and-a-half minutes to stake a 2-nil lead. Nick Cafarelli scored his second goal of the young season just before the first intermission to draw Wenatchee within one.

In the second frame, Tyler Young tied the game at 2 with a goal at the 8:04 mark and then Brett Chorske gave the Wild its first lead at 16:57. But the Warrior’s Austin Chorney tied it just before the break.

Cafarelli helped Wenatchee charge back in front with a goal just over 2-minutes into the final period and Tanner Main pushed the lead to 2-goals at the 16:03 mark. Lucas Cullen scored a goal for West Kelowna in the final moments but Wenatchee held on for the 5-4 win.

The Wild host Vernon Friday and Saturday at the Town Toyota Center in its home-opener with both games starting at 7 o’clock.

Our condolences to Wenatchee Valley’s Super Oval manager Jeremy Anders, who lost his Dad late last week. But kudos to Jeremy for being there for a great night of racing Saturday at the Oval…

And, if you checked the box score for the Mariners yesterday you may have thought you’d mistakenly stumbled into a beer-league softball score…

The Mariner’s only hit off starter Garritt Cole came in the 4th inning on Shed Long’s home run.

After being swept by Houston in four games, the Mariners have an off day today before hosting Cincinnati tomorrow night at 7:10. It will be Trevor Bauer facing Seattle’s Justus Sheffield.

A’s try to keep pace with Astros in AL West

Also in the American League West on Sunday…

Four White Sox pitchers held the Angels to one run on 4-hits in Chicago’s 5-1 win over Los Angeles.

Khris Davis’ 2-run double in the 4th was the difference as Oakland beat Detroit 3-1. The A’s are trying to keep pace with Houston in the American League West and trail by 9.5-games. Right now, Oakland has the second Wild Card playoff spot, a game-and-a-half in front of Cleveland.