The Seahawks squandered a 14-point, fourth quarter lead and fell to Tennessee in overtime Sunday 33-30…

Seattle shot itself in the foot with 10-penalties for 100-yards while giving up 182-yards rushing and three touchdowns to Derrick Henry. Coach Pete Carroll says the bad outweighed the good in this one… 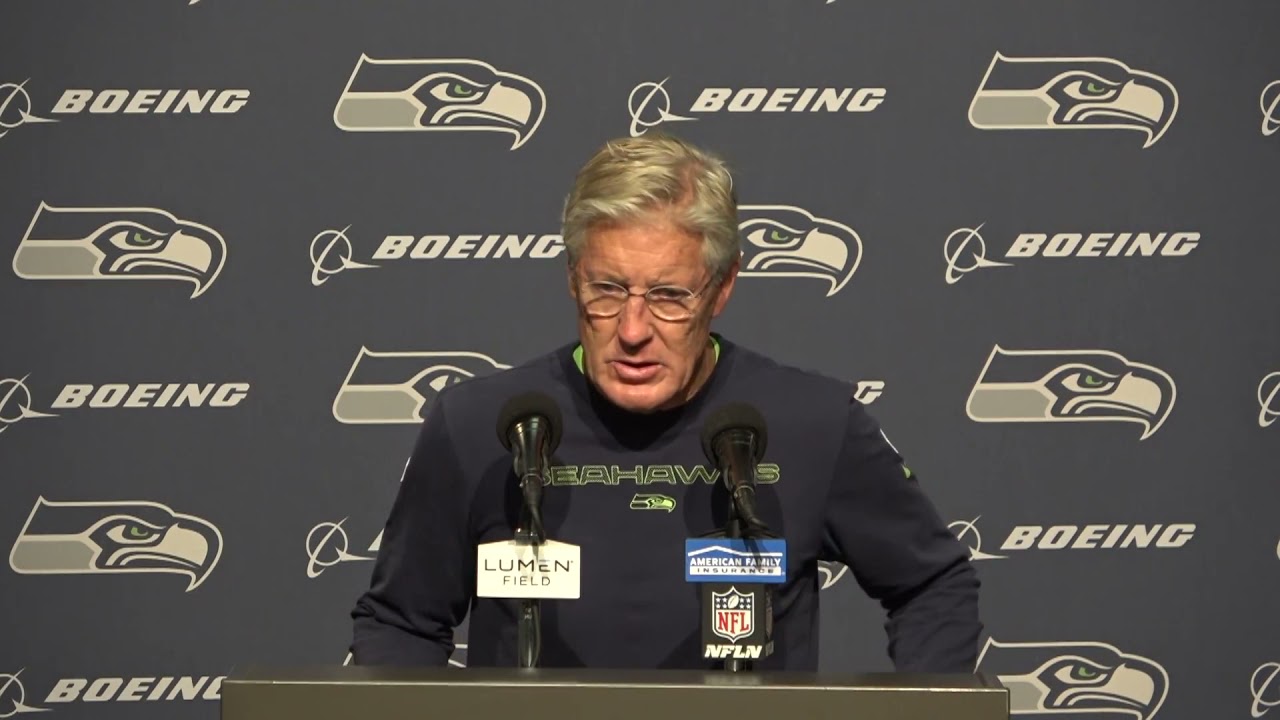 Bobby Wagner, who had 20-combined tackles and one quarterback sack, says they need to do a better job on all facets… 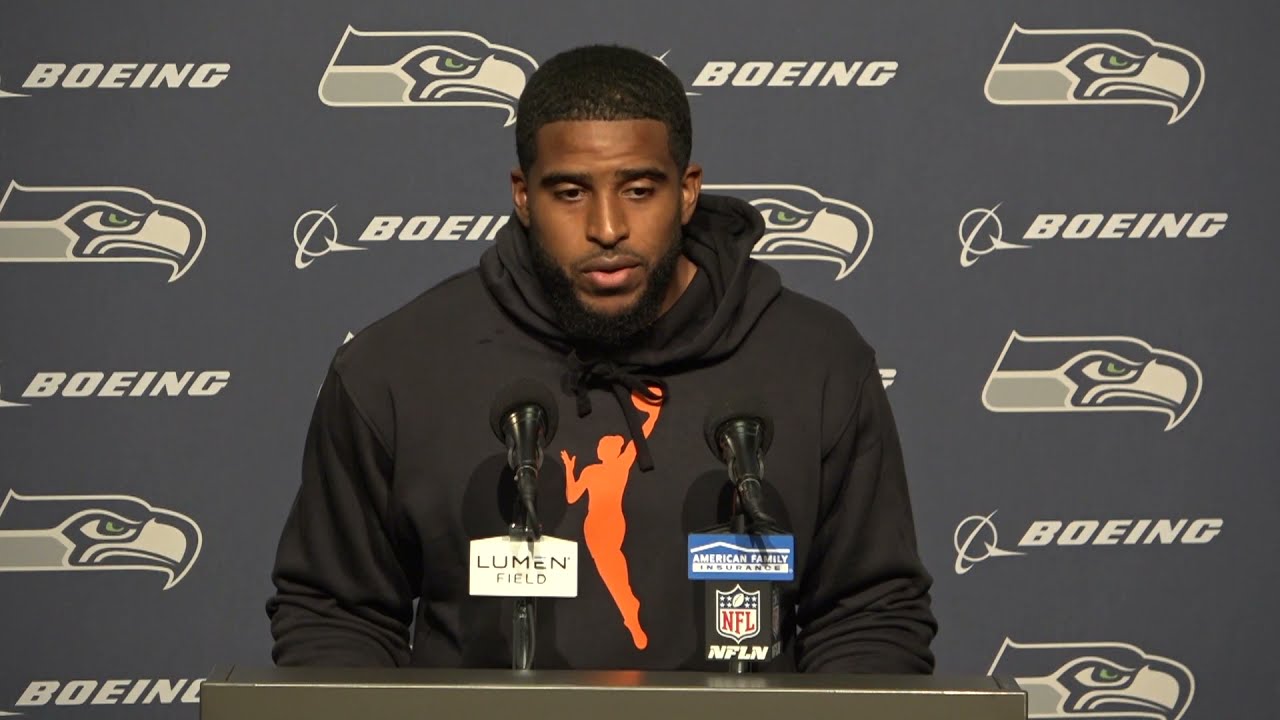 Russell Wilson threw for 343-yards and two scores while Tyler Lockett hauled in 8-passes for 178-yards and a touchdown. Seattle will play at Minnesota Sunday at 1:25 on FOX.

The Cougars floundered at home Saturday while the Huskies won big…

Washington State squandered a 14-nothing lead and fell to USC 45-14 Saturday in Pullman. Freshman quarterback Jaxson Dart came off the bench and threw 4-touchdown passes and for nearly 400-yards.

Dylan Morris passed for 367 yards and three touchdowns, Jalen McMillan had 10 catches for 175 yards and a score, and Washington rebounded from two disappointing losses with a 52-3 win over Arkansas State on Saturday.

Eastern Washington nearly squandered a 34-point lead but held on to beat Western Illinois 62-56. Eric Barriere threw for an incredible 542-yards and 6-touchdowns.

Jarred Kelenic had a big day at the plate, going 3-for-4 and driving in runs to give Seattle an early lead…

As skipper noted, Seattle heads for Oakland for the first of four games tonight at 6:40. Tyler Anderson gets the start for the Mariners against the A’s Sean Manaea.

Jose Siri and Chas McCormick hit back-to-back home runs in the 8th inning to give Houston a 7-6 win over Arizona.

Leury García drove in two runs to help the White Sox beat the Rangers 7-to-2.

Matt Olson scored on Jed Lowrie’s sacrifice fly in the top of the 10th to give Oakland a 3-2 win over the Angels.

Here’s the updated look at the Wild Card chase as Boston swept Baltimore, the Red Sox are a game up on Toronto. The Yankees continue to struggle, falling to Cleveland 11-to-1 and are now a game-and-a-half back. Oakland is 2-games out while the Mariners are 4-out with ten to play. This 4-game series in Oakland will determine a lot for Seattle’s playoff future.

We had prep girls soccer on the air Saturday here on the NCWLIFE Channel with Wenatchee coming out on top of Eisenhower 3-nil.

Olivia Harle led the way for the Panthers, scoring two, first-half goals to help Wenatchee win its Big-9 opener. Eric Granstrom and Matt Wisen had the call here on the NCWLIFE Channel…

We’ll have more soccer on television tomorrow night when Eastmont hosts Sunnyside at Wildcat Stadium. Sebastian Moraga and Matt Wisen have the call with the pregame at 6:45.

We’ll switch gears to volleyball Thursday as Wenatchee hosts Eastmont at 7 o’clock. Eric Granstrom will be courtside with the action beginning at 6:45.

Then on Friday, it’s the 18th Bridge of Sportsmanship between Wenatchee and Eastmont from Wildcat Stadium. Grant will join Eric for the call with our pregame beginning at 6:30.

This is the 54th overall meeting between the two schools on the gridiron with Wenatchee leading the overall series 37-to-16 but Eastmont has won the last five in a row.

Speaking of prep football, let’s get the rundown on what happened over the weekend…

Mountain View scored on a safety to start the game and it was all down hill from there for Wenatchee as the Panthers fell 51-14 Friday. Moses Lake topped Lake City 28-21. Lewiston had no trouble with Eisenhower 61-21. Kennewick downed West Valley 34-20.

On Saturday, Eastmont beat up Lewis & Clark 55-6. Garfield shut out Davis 58-nothing. And Skyview came back twice in the 4th quarter to beat Sunnyside 38-35.

What a first quarter for Cashmere’s Jack Croci. The junior Bulldog had a 5-yard touchdown reception, a 3-yard touchdown run, a 29-yard punt return touchdown and 90-yard kick-off return for a touchdown, all in the first quarter. Cashmere went on to beat Granite Falls 48-21 to improve to 3-and-0 on the season.

In Central Washington B-League play, Tonasket shut out Manson 29-0. Waterville-Mansfield earned its second win of the season, downing Bridgeport 50-16. Pomeroy pummeled Liberty Bell 58-12. And it was Soap Lake over Pateros 56-6.

On Saturday, Entiat fought valiantly but fell to Tekoa-Rosalia 38-34.