L.J. Collier stopped Cam Newton at the one-yard line on the final play of the game and the Seahawks held on to beat the New England Patriots 35-30 at CenturyLink Field last night.

Newton engineered a 9-play, 74-yard drive to get his team to Seattle’s one with 3-seconds remaining. He’d already rushed for two touchdowns in the game from that position and Collier said the defense was ready… 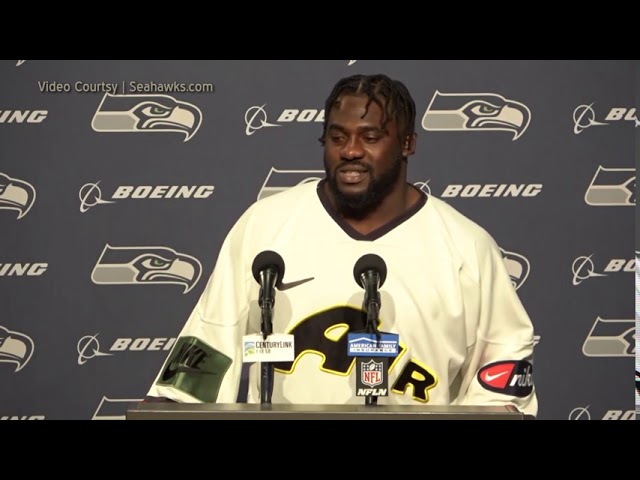 Strong safety Jamal Adams had another big game with 10-combined tackles, a sack and a tackle for a loss. He was quick to give credit to Collier for making the final play… 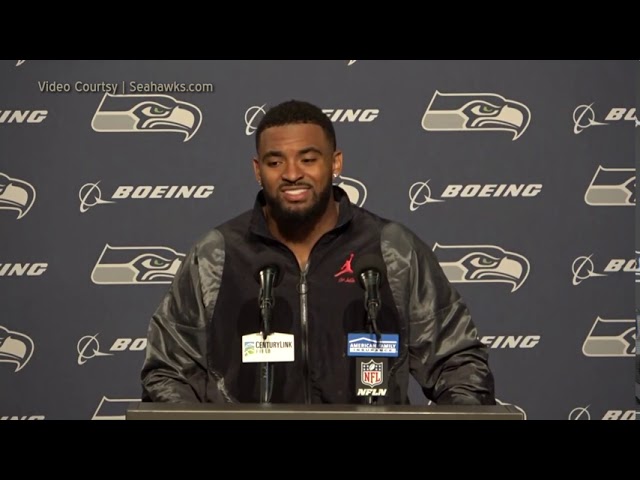 The final second heroics took the spotlight away from a huge game by Russell Wilson. He threw touchdown passes to five different receivers and now has 9-TD passes in just two games. He says its been fun so far… 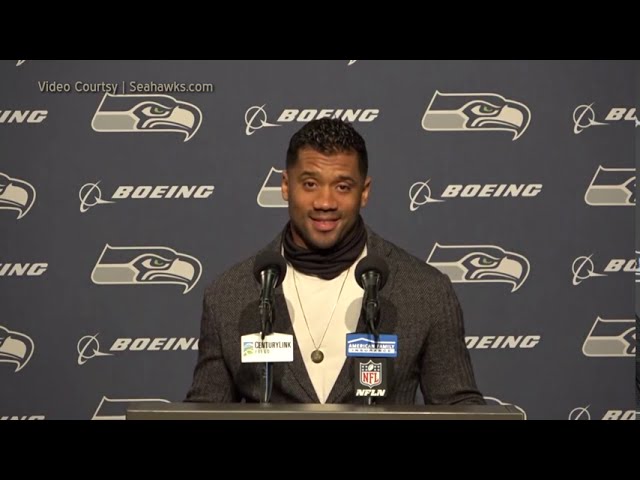 The game was played at CenturyLink Field without fans because of COVID-19. Coach Pete Carroll said it was great to get the win but he’d rather have fans there to enjoy it… 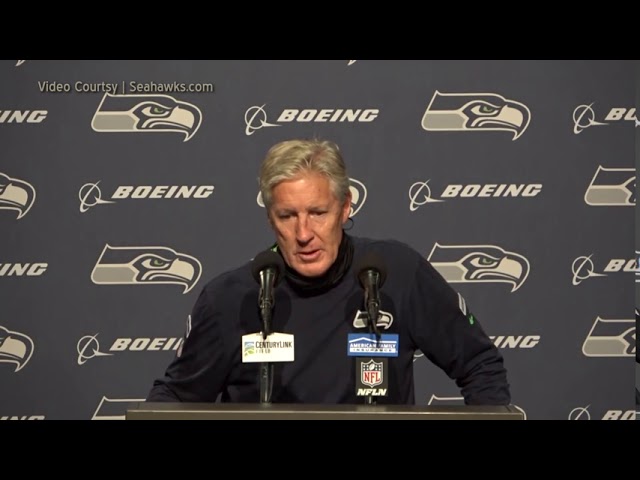 Wilson’s quarterback rating was 132.1 has he threw five touchdown passes to D.K. Metcalf, Tyler Lockett, David Moore, Chris Carson and Freddie Swain. Carson led the ground game with 72-yards on 17-carries as Seattle improved to 2-and-oh. Next up with be another home game Sunday against the Dallas Cowboys at 1:25 on Fox.

Irvin and Blair out for season with knee injuries

Seahawks coach Pete Carroll confirmed today that defensive end Bruce Irvin and safety Marquise Blair are out for the season with knee injuries.

Blair was injured in the second-quarter of last night’s win over New England and will require surgery on a torn ACL. Irvin left the game in the 4th quarter and Carroll confirmed today that he’ll also need surgery for a torn ACL.

Seattle also suffered dislocated fingers on three players last night, including Tre Flowers. Coach Carroll says all three players should be able to recover quickly and be ready for Sunday’s game against Dallas.

Left tackle Duane Brown left the game briefly in the first quarter after being rolled up on by a teammate. He was able to come back and finish the game, however.

Three teams in NFC West off to 2-and-oh starts

Raheem Mostert rushed for 92-yards and a touchdown and Jimmy Garoppolo threw two touchdown passes as San Francisco improved to 1-and-1 with a 31-13 in against the Jets in New York.

Jared Goff connected with Tyler Higbee on three touchdown passes to lead the Rams past Philadelphia 37-19. Los Angeles is also 2-and-oh on the season.

Kyler Murray continues to impress at quarterback for Arizona as he rushed for two touchdowns and threw for another in amassing 353-yards of offense to lead the Cardinals to a 30-to-15 win over Washington. Arizona is also 2-and-oh on the season.

Seattle came back to tie the game in the 8th on Dylan Moore’s two-run home run. And after the two teams traded runs in the 10th, San Diego scored three in the 11th on Mitch Moreland’s RBI-double, Jurickson Profar’s RBI-single, and on an error by second baseman Dylan Moore.

The Mariners return to Seattle to wrap up the home part of the schedule against the Astros over the next three nights. Tonight’s game starts at 6:10 with Marco Gonzales going up against Lance McCullers, Jr.

The A’s magic number remains at one after Oakland lost and Houston won Sunday. The Giants thwarted plans for a celebration in Oakland as Francisco drubbed the Athletics 14-to-2.

Meanwhile in Houston, George Springer was 3-for-4 with a home run to lead the Astros past Arizona 3-2.

The Rangers hit five home runs as Texas powered past the Angels 7-to-2.

Season finale at WVSO is Saturday

Eric Granstrom and Greg Rentz will have the call Saturday night starting at 6 LIVE here on the NCWLIFE Channel.