Missed opportunities, untimely mistakes, costly penalties and some not called has been the theme for the Seahawks this season, and such was the case again last night in a 20-to-10 loss to the Rams…

The game was tied at 10 into the 4th quarter, but the NFL’s leading receiver Cooper Kupp got loose for a 29-yard touchdown pass to put Los Angeles up for good. Russell Wilson was intercepted on Seattle’s last chance in the closing moments attempting to get the ball to DK Metcalf. 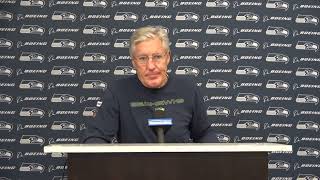 Wilson finished with a 55.3 passer rating, completing just 17 of his 31-passes for 156-yards. He continues his mantra of “there’s always tomorrow…” 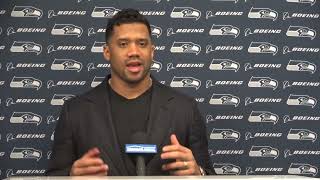 DK Metcalf was targeted 12 times in the game with 6-receptions for 52-yards. Wilson seemed to have a hard time getting the ball when he was open and Metcalf looked very frustrated on the sideline. Coach Carroll was asked if there’s a rift between the quarterback and wide receiver… 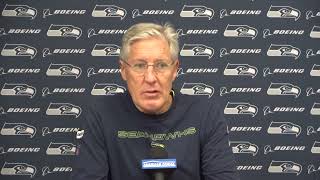 Seattle will finish with a losing season for the first time since 2011. They’ll be back home Sunday to host Chicago at 1 o’clock on FOX.

Coming up today, Eastern Washington plays at No. 25 Texas Tech at 11am. Washington State hosts Boise State at 5 on the Pac-12 Network.

At the GESA Winter Shootout, Prosser ended Moses Lake’s three-game winning streak with a 66-54 win. Eastmont cruised to a 91-44 win over Eisenhower.

Coming up today it’s Wenatchee and Prosser at Wenatchee High at 2:30.

Turning to the girl’s side of the GESA Winter Shootout…

Coming up today, Davis plays Wenatchee at 1 o’clock and Eastmont takes on Kennewick at 2:30.

Also in girl’s play Tuesday, it was Omak over Chelan 47-46. Cashmere beat up Cascade 55-to-7. Brewster got by Quincy in a low-scoring affair 29-26. Pateros pounded Cascade Christian 55-25. And Moses Lake Christian handed Waterville-Mansfield its