Carlos Hyde was drafted by the San Francisco 49ers in the second round of the 2014 NFL draft. He played four seasons in the Bay Area and became quite accustomed to the rivalry with Seattle. Now that he plays for the Seahawks, he says he can see why this team is successful… 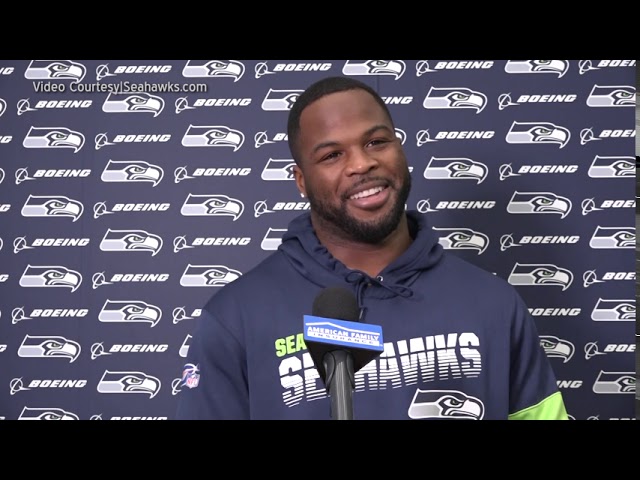 Hyde could see more carries Sunday in Miami when the Seahawks take on the Miami Dolphins. Chris Carson is questionable after having his knee twisted in a tackle in the fourth quarter against Dallas last Sunday.

Wilson’s record performance made him NFC Player of the Month

Quarterback Russell Wilson has been selected the NFC Offensive Player of the Month for September. The 9th year pro broke an NFL record with 14-touchdown passes through the first three games of the season. He says while that’s all fine, he warns the season has just begun… 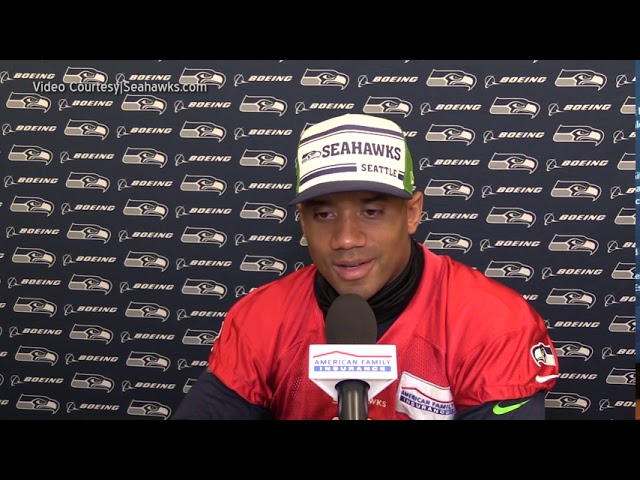 Fitzpatrick a handful for Seahawks defense

The Seahawks defense has had its challenges so far this season and ranks dead-last in many categories against the pass. Coach Pete Carroll says they’ll have their hands full with Miami’s Ryan Fitzpatrick on Sunday… 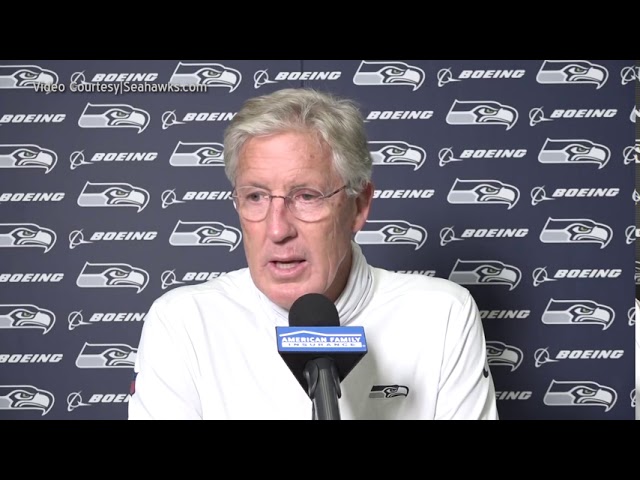 Seattle tried to add more depth on defense this week after suffering more injuries against the Cowboys, including a groin injury to strong safety Jamal Adams. Defensive Coordinator Ken Norton, Jr. says the injuries drives the message home that everyone up and down the depth chart needs to be prepared to play… 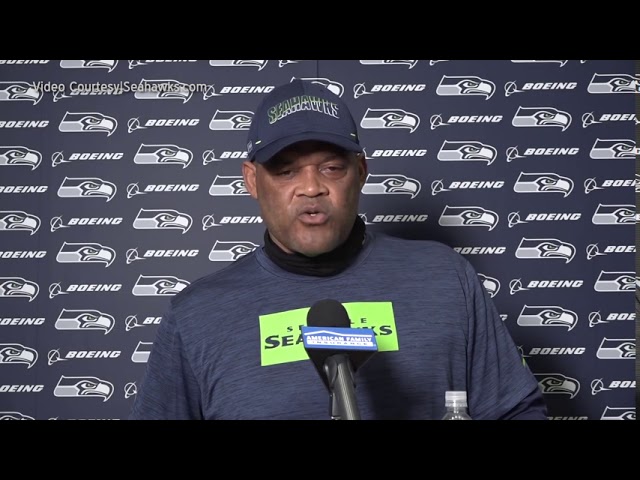 Seattle and Miami play at Hard Rock Stadium Sunday with kickoff set for 10 o’clock our time. You can watch the action on FOX.

Ian Anderson and three relievers combined on a 2-hit shutout of Cincinnati today as the Braves won 5-nothing to wrap up the Wild Card series. Marcell Ozuna and Adam Duvall hit homers to play add-on in the 8th for Atlanta, who now awaits the winner of Chicago and Miami for Game 1 of the NLDS Tuesday. The Cubs and Marlins were rained out yesterday and will try to make up Game 2 today at 11:08am on ABC.

Chad Pinder’s 2-run, 5th-inning single proved to be the game-winner as Oakland beat Chicago 6-4. White Sox pitchers walked 9 batters, including two bases-loaded walks in a 4-run 4th inning. The A’s will face Houston in the ALDS with Game 1 on Monday.

San Diego won a wild, back-and-forth, 7-home run affair over St. Louis 11-9 to even its National League Wild Card series at a game-apiece. Trailing 6-2 in the 6th, Fernando Tatis, Jr. hit a 3-run home run followed by a solo shot from Manny Machado to tie it at 6. Then in the 7th, Will Myers and Tatis, Jr. hit back-to-back homers to take a 9-6 lead. The Cardinals came back with 2-runs in the 8th to make it 9-6. Myers homered for the second tim in the bottom of the 8th to make it 11-8. St. Louis’ Paul Goldschmidt homered in the 9th but that’s as close as the Cardinals could get. Game 3 is today at 4:08pm on ESPN.

Los Angeles advanced to the National League Division Series with a 3-nothing win over Milwaukee last night. Clayton Kershaw was dominant over 8-innings, allowing no-runs on 3-hits with 13-strikeouts and one-walk. L-A’s scoring came in the 5th on an RBI-single by Austin Barnes and a 2-run double by Mookie Betts. The Dodgers await the winner of San Diego and St. Louis for the NLDS beginning Tuesday.

Again, here’s a recap on what’s on tap today. Miami and Chicago meet in Game 2 of their National League Wild Card Series at 11:08am on ABC. Then at 4:08 on ESPN it’s Game 3 between St. Louis and San Diego.

Football, soccer, racing and volleyball all on NCWLIFE this weekend

Finally, here’s what we have on tap for sports this weekend on the NCWLIFE Channel…

It begins tonight with Big-9 football from last October 11th when Eastmont hosted Davis. Tune in at 6:30 for the call with Eric Granstrom and Grant Olson.

Sebastian Moraga and Matt Wisen have the play-by-play Saturday at 2 for Cashmere and Eastmont girls soccer from last September 12th. Then at 6, it’s the rebroadcast of last Saturday’s season finale at Wenatchee Valley’s Super Oval featuring the Neal Newberry 125 presented by Pepsi. Eric Granstrom and Greg Rentz have the call.

There’s a couple volleyball matches on Sunday with Eric on the call as Wenatchee hosted Sunnyside last September 17th at 2 o’clock. Then at 7, it’s Eastmont and Eisenhower from last September 19th. It’s all right here on your local TV station, the NCWLIFE Channel.