Bobby Wagner led the defense with two of Seattle’s three sacks. He said he was happy they called more blitzes to raise havoc with the 49er’s quarterback… 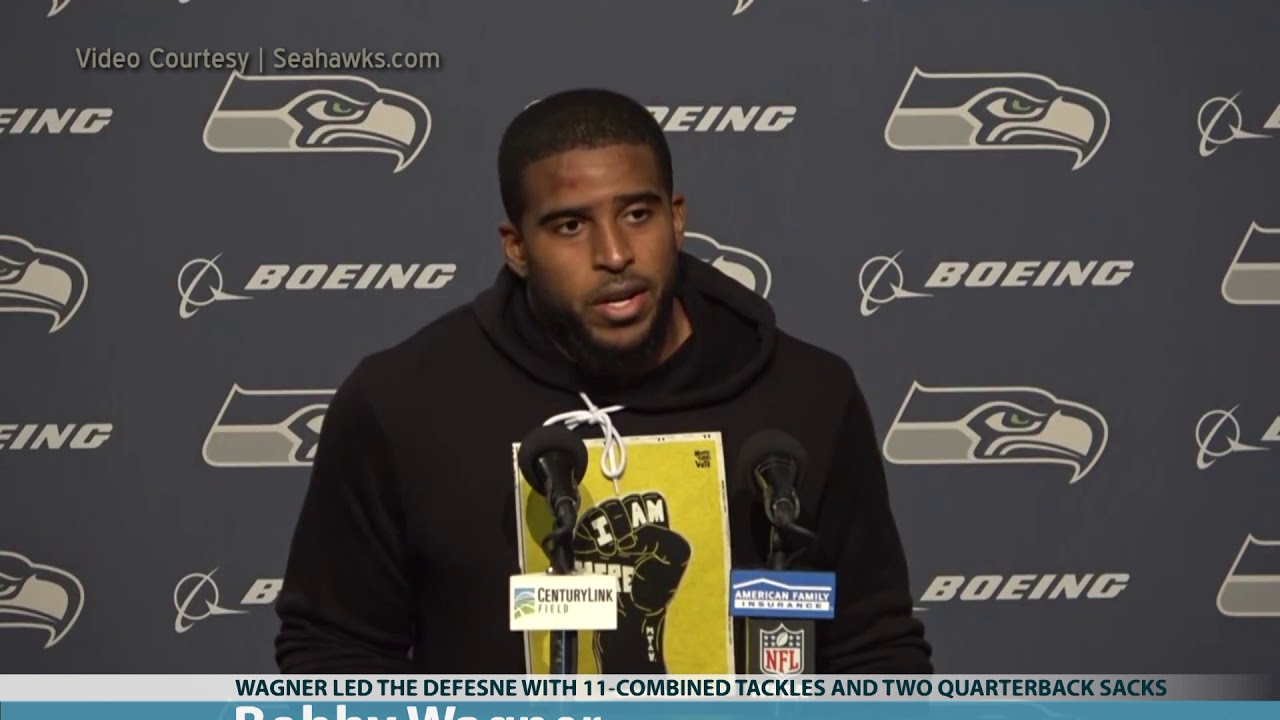 Seattle’s much-maligned defense held San Francisco to 7-points through 3-quarters and had really dominated the game until Garoppolo came out. Coach Pete Carroll was really pleased with his defense, especially considering all the injuries… 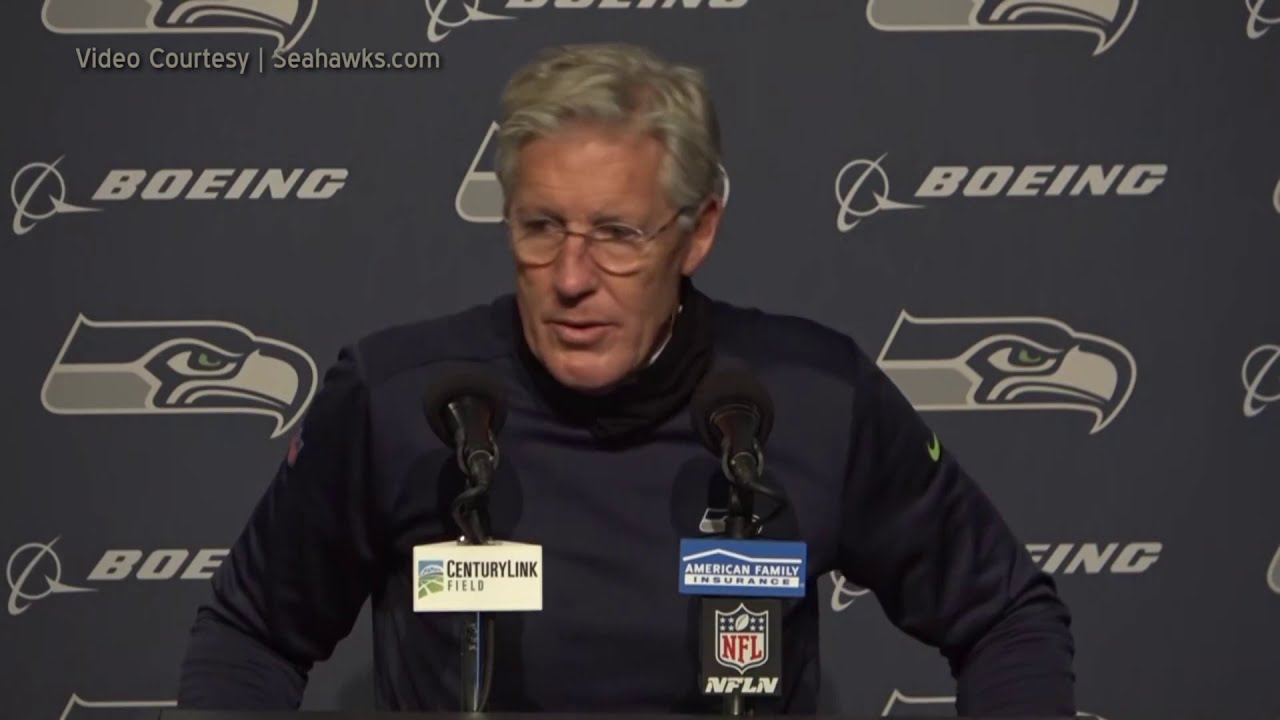 Russell Wilson completed 27-of-37 passes for 261-yards and four touchdowns. He says it was great to see so many young guys step up and help out on the defensive side of the ball. It made it easier on the offense… 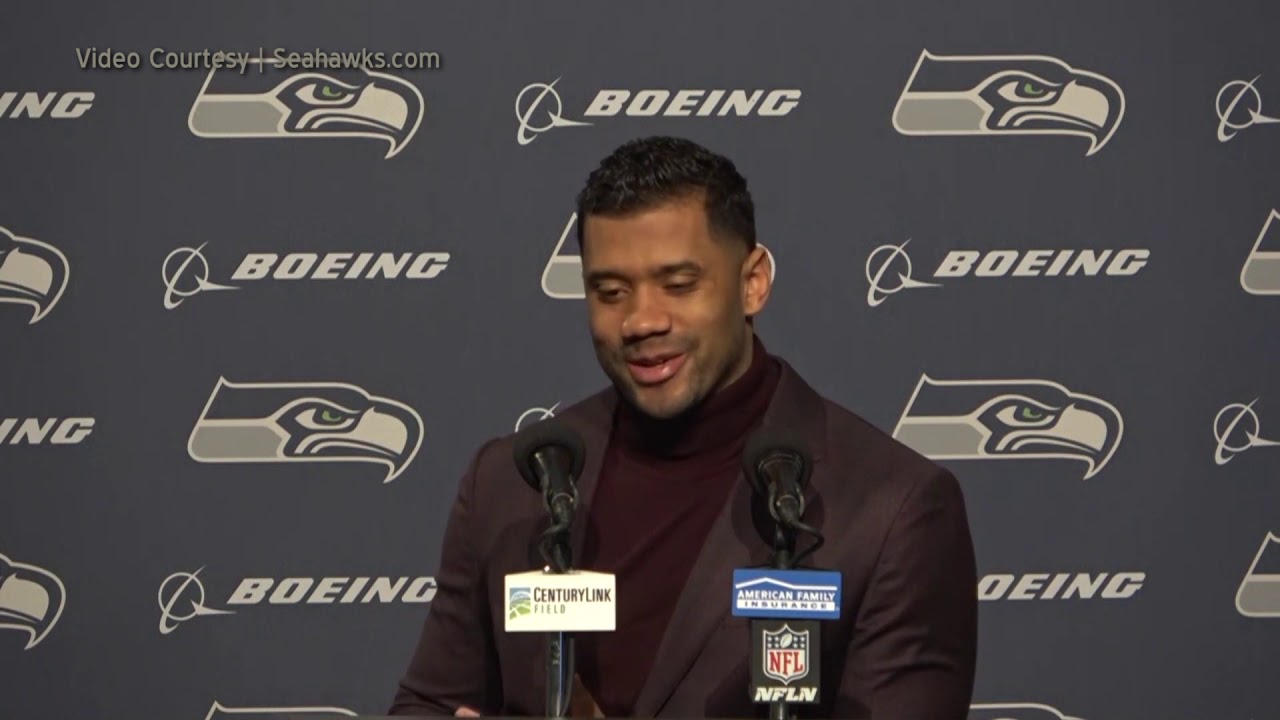 D.K. Metcalf was Wilson’s favorite target in the game as the second-year wide receiver hauled in 12-passes for 161-yards and two touchdowns. He was quick to credit the defense on Seattle’s victory… 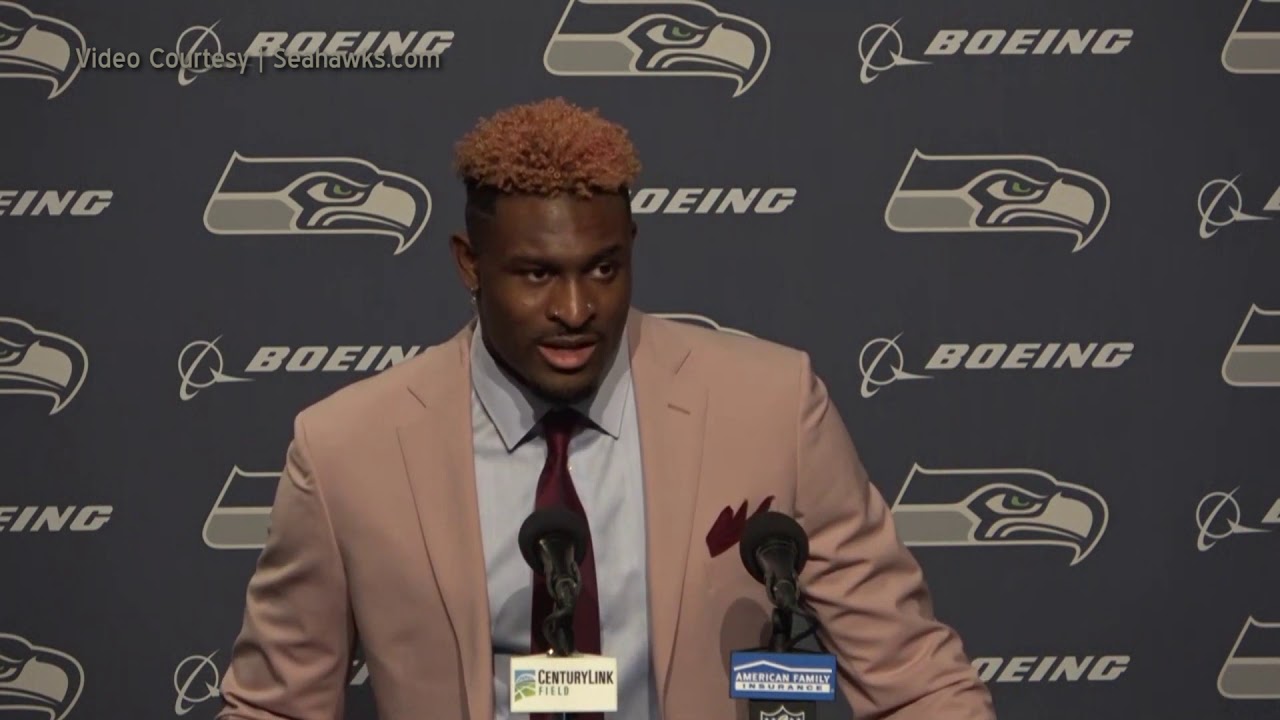 One guy who definitely stepped up Sunday was rookie running back DeeJay Dallas. With Chris Carson and Carlos Hyde down due to injuries, Dallas got the lion’s share of the snaps. He says working out with Metcalf in the off-season helped prepare him for the war on Sunday… 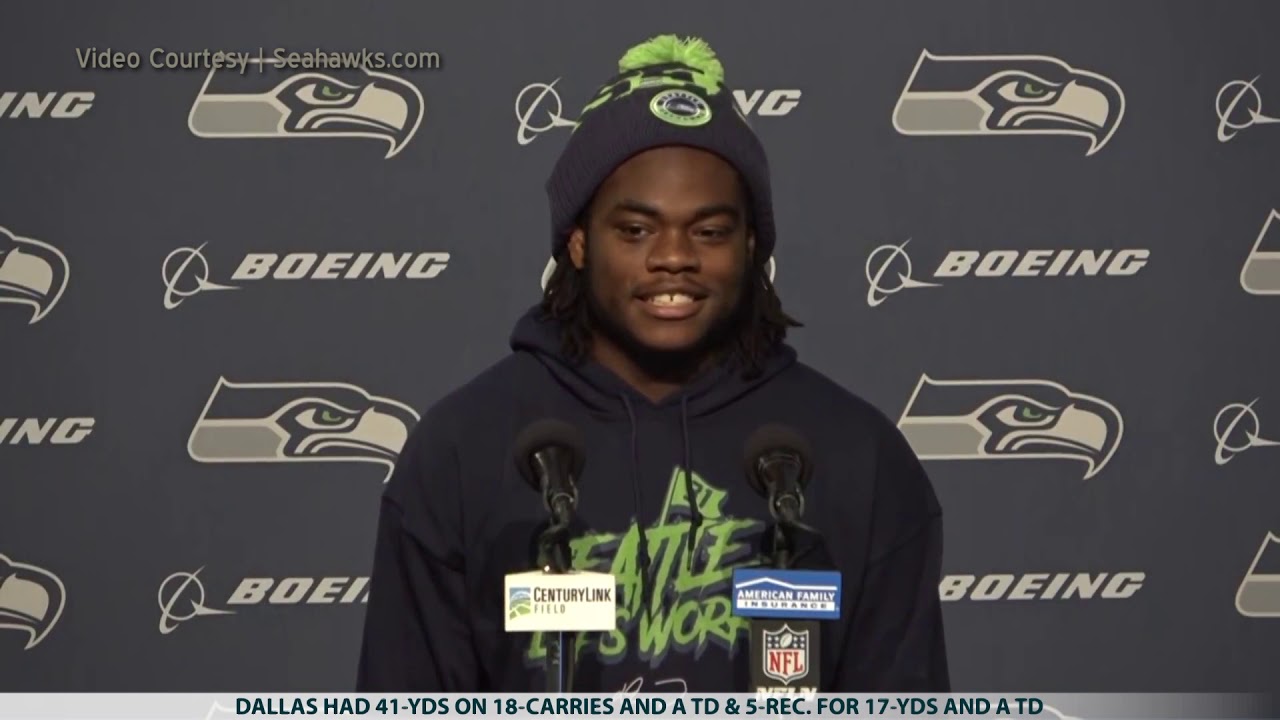 Seattle was without 7-starters Sunday due to injury. Coach Carroll says it was quite a statement for so many other players to step up and help the Seahawks beat the Niners… 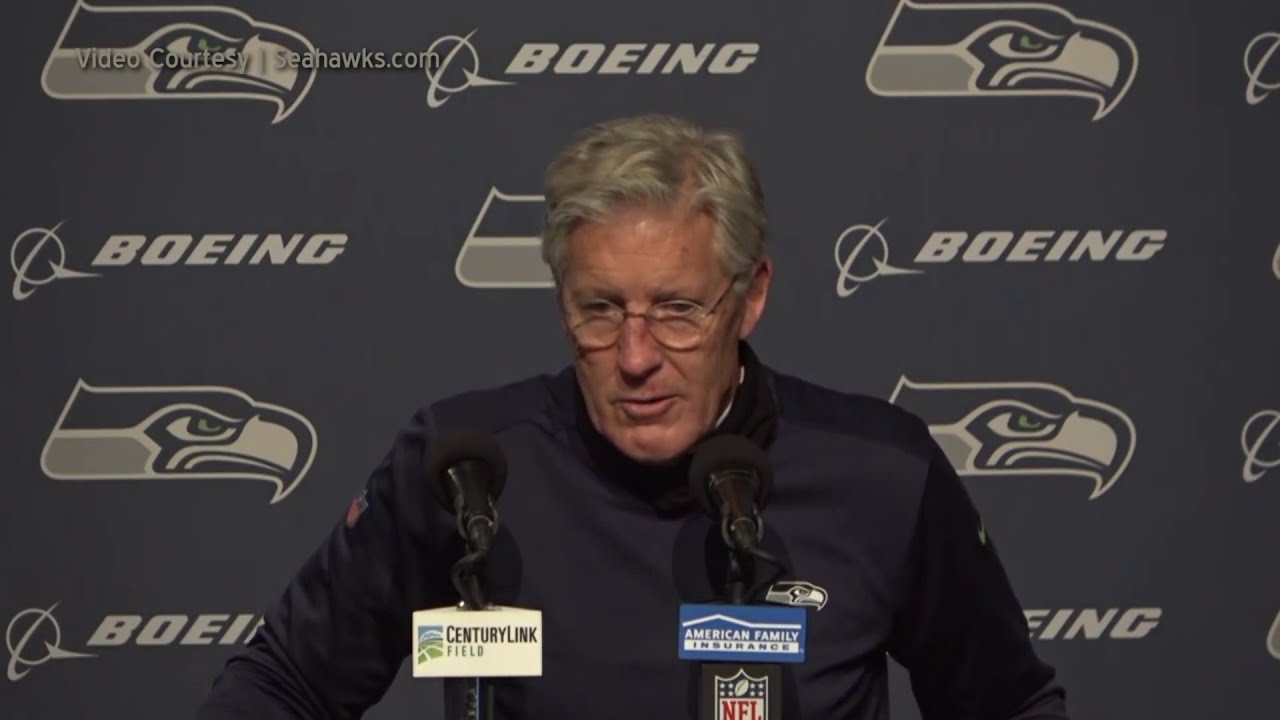 The Seahawks improved to 6-and-1 with the victory and will next travel to Buffalo to take on the 6-and-2 Bills Sunday. The game will kickoff at 10am on FOX.

Rams fall to Dolphins in Miami

Arizona had a bye so there was only one other NFC West team in action, and that was the Los Angeles Rams playing in Miami. It was the first-career start for Tua Tagovailoa. But it was the Dolphin’s defense and special teams that stole the show.

A weekend of surprises in the NFL

It was a wild weekend across the NFL…

Zack Moss scored twice on the ground for Buffalo and Cam Newton fumbled away New England’s last-chance as the Bills hung on to beat the Patriots 24-21.

Derek Carr threw the game’s only touchdown in the 4th quarter as the Las Vegas Raiders went into Cleveland and beat the Browns 16-6.

Philip Rivers threw for 262-yards and two touchdowns leading the Colts over Detroit 41-21.

Patrick Mahomes threw for 416-yards and 5-touchdowns in Kansas City’s 35-9 mauling of the Jets.

Lamar Jackson was intercepted twice, one returned for a touchdown as Pittsburgh remained undefeated with a 28-24 win over Baltimore.

Drew Lock hit KJ Hamler on a 1-yard touchdown pass as time expired to lead Denver to a come-from-behind 31-30 win over the Chargers.

Wil Lutz connected on a 35-yard field goal in overtime to lift New Orleans over Chicago 26-23.

Carson Wentz had two touchdowns to go with his two interceptions as Philadelphia took care of Dallas 24-9.