Prior to Friday’s game against Yakima Valley, the Wenatchee AppleSox presented one of its players a very special award. Johnny Sage, playing in his last game in an AppleSox uniform, was presented the 2019 Tommy Watanabe Award. 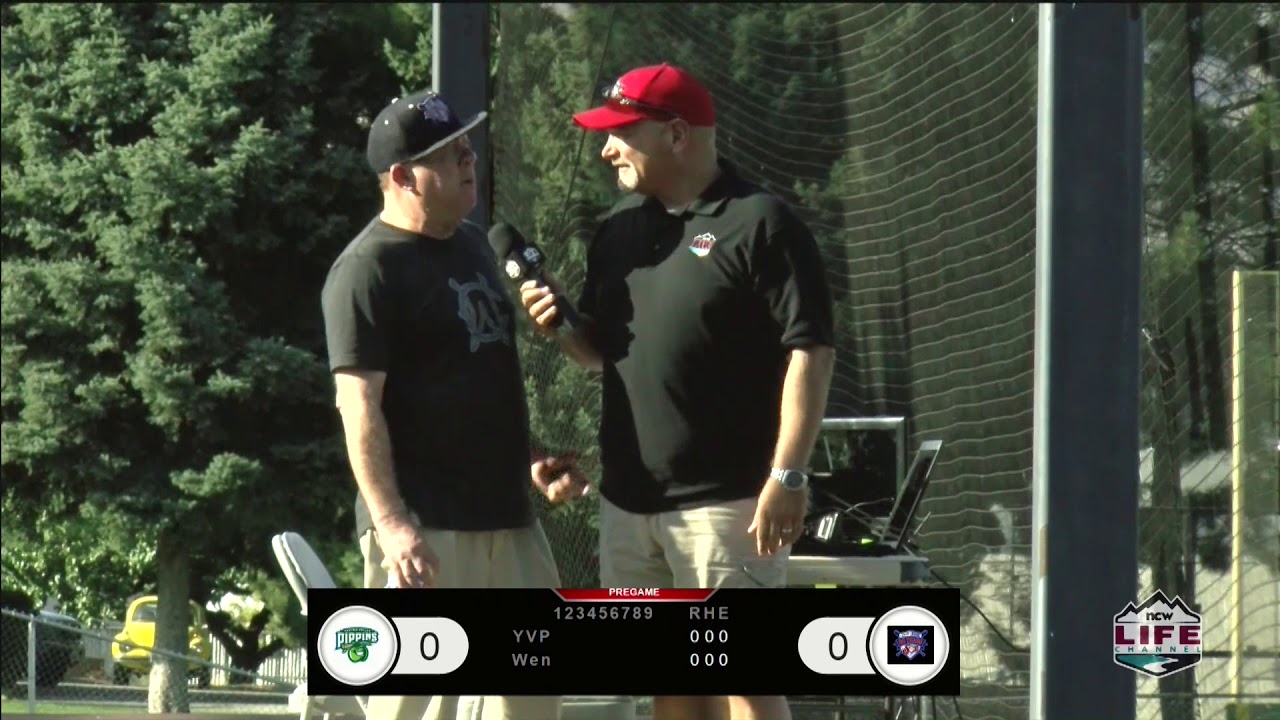 Watanabe was a pitcher for the AppleSox in 2017 who went home to California early and suddenly died. The impact was devastating to the team, AppleSox staff and its fans. Oglesby created the award in his honor last season with its first recipient being Wenatchee native Jacob Prater.

Ridgefield is the newest team in the West Coast League, just about 10-miles up Interstate-5 from Vancouver, Washington. The Raptors are 10-and-11 in the second half of the season, 23-and-25 overall.

Wenatchee’s battling for first place in the North Division’s second-half race, tied with Victoria at 15-and-6. The AppleSox are 27-and-21 overall.

Trent Sellers will start for Wenatchee in tonight’s first game of the three-game series. He’s 3-and-oh with a 7.29 earned run average. Ridgefield has not announced its starter for the 6:35 game.

Monday featured lots of scoring, hitting and errors across WCL

There was some other action in West Coast League play Monday, so let’s check the Les Schwab Scoreboard…

Monday was NOT a day for defense or pitching as the three games on the schedule produced a total of 70-runs on 63-hits and 15-errors.

Ridgefield comes to Wenatchee after a shellacking of Walla Walla last night 17-to-3. Johnny Weaver and Michael Hicks each had 4-hits for the Raptors and combined for 5-RBI’s.

Andy Atwood and Michael Dixon each hit home runs in Corvallis’ 11-3 victory at Port Angeles. Tevita Gerber had 14-strikeouts in his 5-and-2/3rds for the Knights.

Jack Johnson was 2-for-4 with a home run to lead Bend past Kelowna 14-to-12. Brett Tressen had a grand slam home run in a losing cause for the Falcons.

Wenatchee and Victoria continue to battle for second-half supremacy

With Wenatchee and Victoria both idle last night, the standings haven’t changed in the North Division…

Corvallis is running away with the second-half at 15-and-6. Portland is second at 11-and-10. Ridgefield and Cowlitz are both 10-and-11, 5-games back of first.

2nd playoff spots will come down to overall records

So with the first-half winners of the West Coast League’s North and South Divisions, Victoria and Corvallis, leading the second-half standings, it comes down to overall records…

Wenatchee’s in good shape at 27-and-21, 3-and-a-half games in front of Bellingham and 5 in front of Port Angeles. Again, the AppleSox’ magic number is 3.

It’s also basically a two-horse race in the South behind Corvallis with Walla Walla at 27-and-21 overall. Ridgefield is 4-games back at 23-and-25 having lost two of three from the Sweets in their just-completed series.

Nick Senzel’s 2-run single highlighted a 5-run first inning for the Reds as Cincinnati beat the LA Angels 7-to-4.

Nomar Mazara’s RBI sacrifice fly in the 4th was the only run of the day as Texas beat Cleveland 1-nothing. Mike Minor fanned seven over 7-innings to earn his 10th win.

Ian Happ and Javier Baez homered in a 4-run 7th and Chicago held on to beat Oakland 6-5. The two teams combined for 7-home runs at Wrigley on the night.

The Seahawks had a mock game over the weekend and are quickly preparing to host Denver Thursday at CenturyLink Field. Coach Pete Carroll says this is an important week, especially for the new guys… 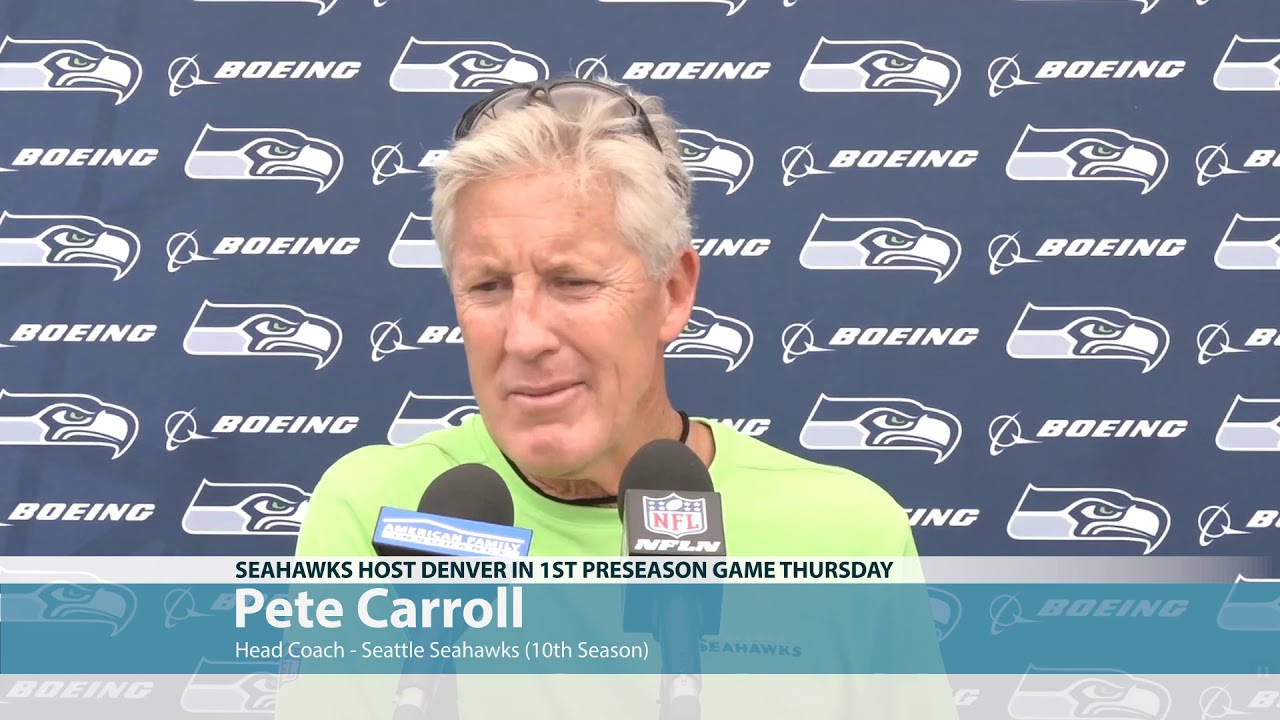 Offensive guard D.J. Fluker is beginning his second season as a Seahawk. He’s quite literally and figuratively a BIG part of Seattle’s offensive line at 6-5 and 345-pounds. Coach Carroll says he loves his size, but more so his spirit… 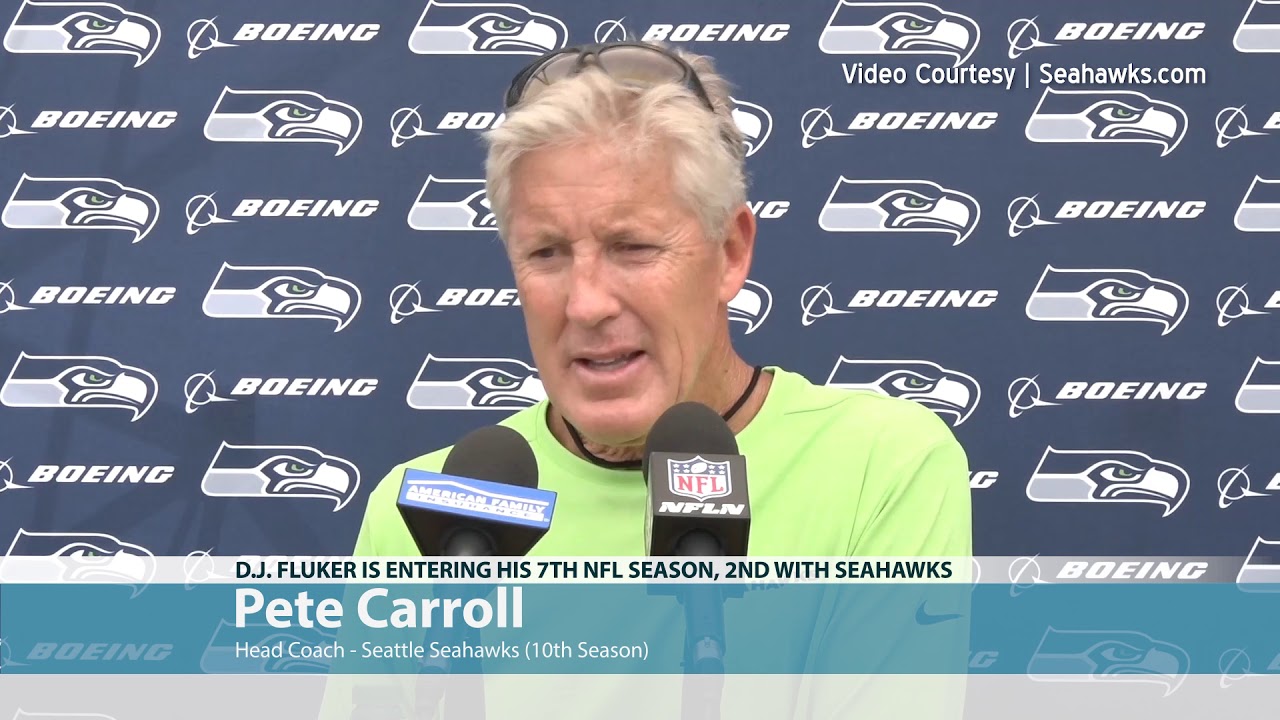 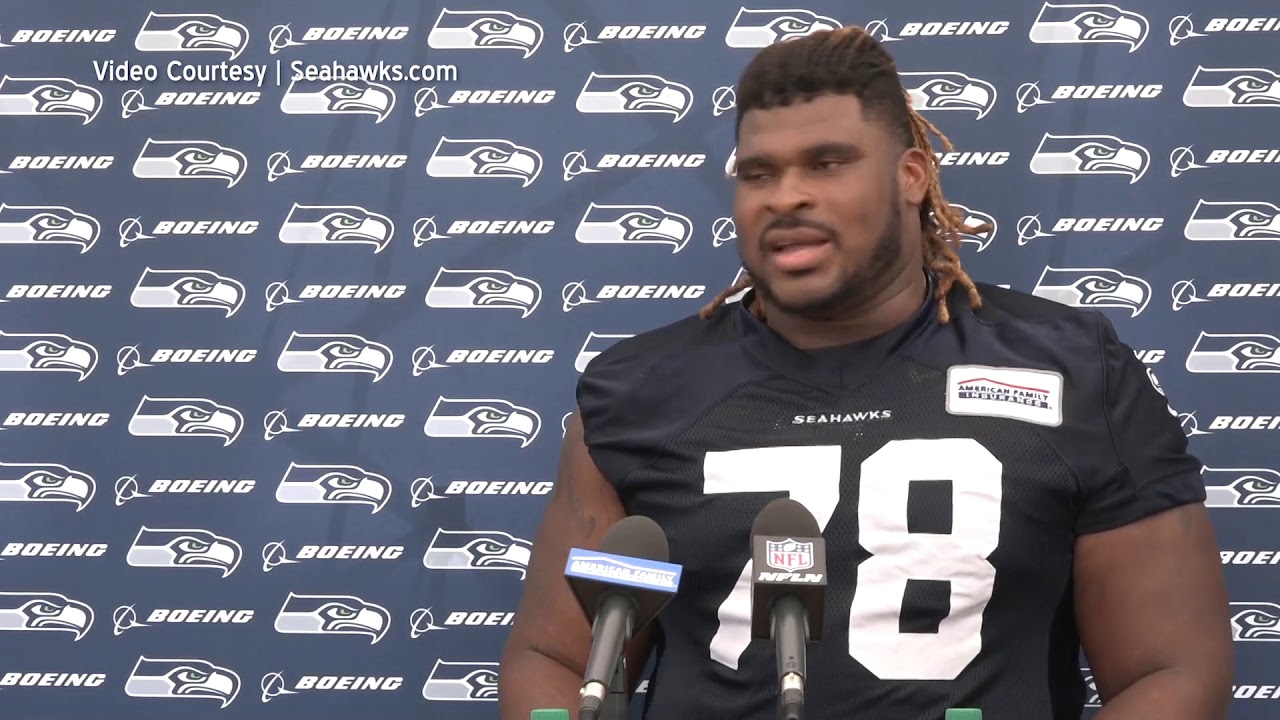 Fluker and the Seahawks host Denver Thursday night at 7 o’clock at CenturyLink Field.