Russell Wilson is in the news following Sunday’s Super Bowl, and not for just being named the NFL’s Man of the Year. Wilson appeared on the Dan Patrick show and was asked if he’s available for a possible trade with another team… 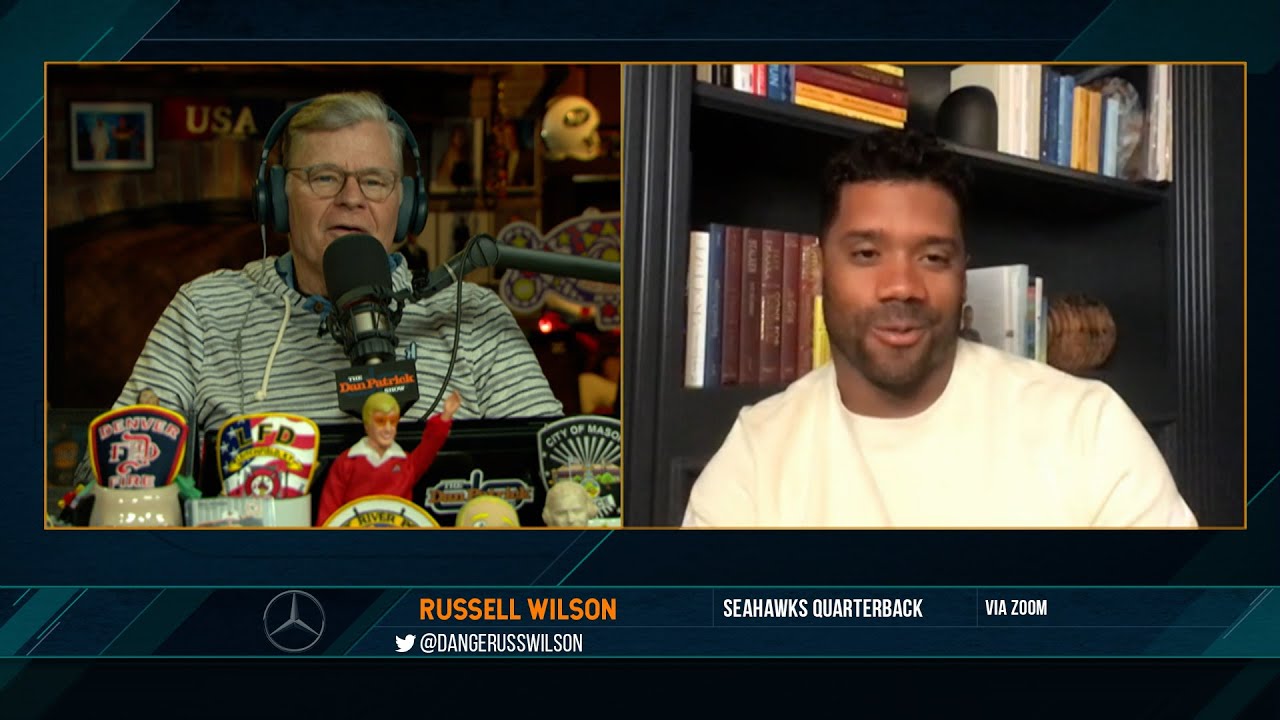 The discussion about Wilson questioning his future in Seattle has been the rage on sports talk shows throughout the country since this quote Tuesday. The team, meanwhile, reportedly admits they have received inquiries about whether Wilson is available. The answer was simply, NO.

One of the imperatives in off-season as the Seahawks introduce a new offensive coordinator is to do better to protect Wilson. The topic of sacks also came up during his interview with Dan Patrick. Russell has been sacked 396-times in his 9-year NFL career, more than any other quarterback. Wilson said he thinks they need to improve up front and that he’d like to have a say in personnel issues moving forward.

On the NHL Scoreboard last night…

Patrick Hornqvist’s second period goal was the difference as the Panthers topped the Red Wings 2-to-1.

Tyson Barrie’s second goal of the season helped the Oilers get by the Senators in Ottawa 3-2.

The Golden Knights registered its 8th win of the season, defending the home ice over Anaheim 5-4.

San Jose skated away with a shootout win over the Kings 4-3.

Elias Lindholm scored the only goal in the 3rd period and that was enough for the Flames to edge the Jets in Calgary 3-2.

It’s a very light schedule on the ice tonight with just two games as the Rangers host Boston in New York at 4 o’clock and Toronto skates at Montreal at 4:30.

Looking ahead at the college basketball schedule for the rest of the week, first on the men’s side…

Washington hosts No. 20 USC tomorrow night in Seattle at 7 o’clock. The game will be televised on the Pac-12 Network. Washington State hosts UCLA in Pullman at 8 o’clock on FS-1.

No. 1 Gonzaga hits the floor in San Francisco Saturday at 3 o’clock on ESPN-2. Washington takes on UCLA at 4:30 on the Pac-12 Network and then Washington State has a 5 o’clock tip time with the Trojans on ESPN-U.

On Friday, Pac-12 play features Washington at Arizona State at 4 o’clock while Washington State visits No. 10 Arizona at 6 on the Pac-12 Network.

Gonzaga’s back in the kennel Saturday for a 2 o’clock matchup in West Coast Conference play against Santa Clara.

Then on Sunday, No. 3 Louisville plays at Syracuse at 10 o’clock on ESPN-2 if you want to watch Hailey play on national TV. Washington plays at Arizona at 11 on the Pac-12 Network. Washington State is scheduled at Arizona State Sunday morning at 11:30.

Hockey Night tomorrow night goes back to late December of 2019 when the Wenatchee Wild hosted the Alberni Valley Bulldogs at the Town Toyota Center. The puck drops at 7 with Arch Ecker on the play-by-play.

Girls Big-9 basketball takes center-court Friday night as Wenatchee hosts Eastmont in a game from last February 1st. Eric and Grant will be courtside with your play-by-play beginning at 7 o’clock.

On Saturday, we begin with Big-9 wrestling between Eisenhower and Wenatchee from January 23rd of last year at 2 o’clock. Eric has the call mat-side at Eastmont High School. Then at 7 Saturday night, it’s Eastmont and Wenatchee boys basketball back at Wenatchee High School. Again, Eric and Grant have the call here on the NCWLIFE Channel.