On the girl’s side, the Pioneers had no trouble with the Jackrabbits as Omak beat Quincy 53-24. Lake Roosevelt beat Brewster 67-37. Okanogan trounced Manson 74-9. Entiat ended Soap Lake 55-32.

On the Les Schwab Wrestling Scoreboard, Wenatchee traveled to West Valley and came away with a 48-30 win over the Rams. Winning by pin for the Panthers were DeAngelo Negrete at 113-pounds; Toby Hambleton at 132; Trenton Miller at 160; and Tyler Schuyleman at 170-pounds.

Coming up on the men’s college basketball schedule tonight…

Washington is hosting Cal in Pac-12 play in Seattle at 7:30. You can watch the action on the Pac-12 Network.

Seattle’s in Dallas to face the Stars for the first time in franchise history. The Kraken are 10-20-and-4 while the Stars are 17-13-and-2. The puck drops at 5:30 on ROOT Sports Northwest.

After losing two games to COVID in Canada last weekend, the Wenatchee Wild return to the ice for a single game this weekend. They’ll host the Penticton Vees Saturday at 6 o’clock at the Town Toyota Center.

Seahawk players speak about postseason and next year

As the Seahawks clean out their lockers and head into the offseason, it’s a time of reflection as well as a look into the future.
Seattle finished the season a disappointing 7-and-10 and in last place in the NFC West. 14-year veteran Duane Brown says having a coach like Pete Carroll takes the sting out of coming up short… 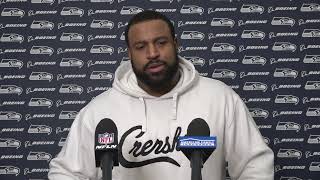 Brown is a free agent and says he’d like to be back in Seattle next season.

D.K. Metcalf is entering the final year of his rookie contract and says he expects to see change this offseason… 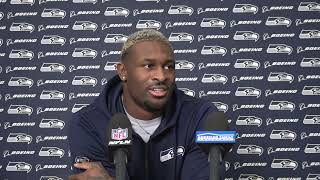 Veteran running back Adrian Peterson was brought to Seattle late in the season to help bolster a battered running back room. He says while he couldn’t help much on the field, it felt good that he had a lasting impact on Rashaad Penny… 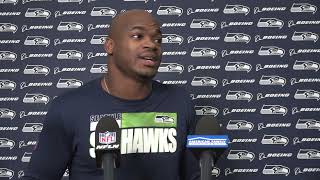 For Penny, he says he’s just glad to head into the offseason without surgery or rehab hanging over his head… 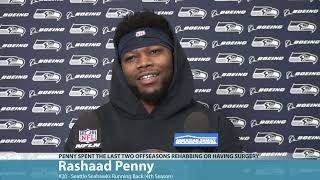 Seattle has a lot of work to do to get back on top of its division and make a run in the playoffs.