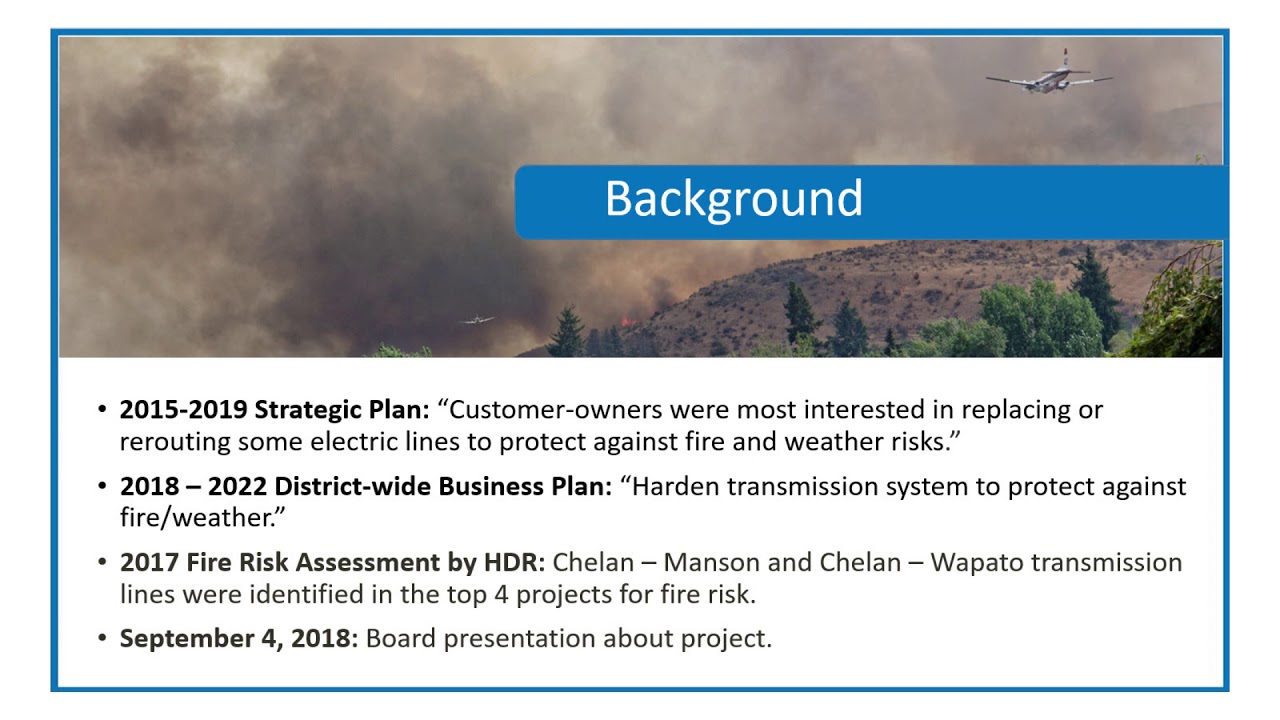 Transmission engineering manager, Steve Wickel provided PUD Commissioners this week with an update on projects in the works to harden the transmission system against fires and weather.

The work involving replacing or rerouting some electric lines is included in the PUD’s current work plan for 2020.

The PUD has identified areas that are considered most at risk from wildfires including the Chelan/Manson/Wapato areas as well as the lines extending from Chelan Falls to Union Valley.

Jefferson Robbins - 02/24/2020
0
Load more
ABOUT US
"A reflection and a spotlight on the communities we call home."