The Wenatchee Panther girls basketball team played one of its best games last night against a West Valley Rams team that’s vying for the 2nd spot in the Big-9. We’ll pick up the broadcast on the NCWLIFE Channel with Grant Olson and Steve Sandman with just under 3-minutes left in the game and Wenatchee down by three… 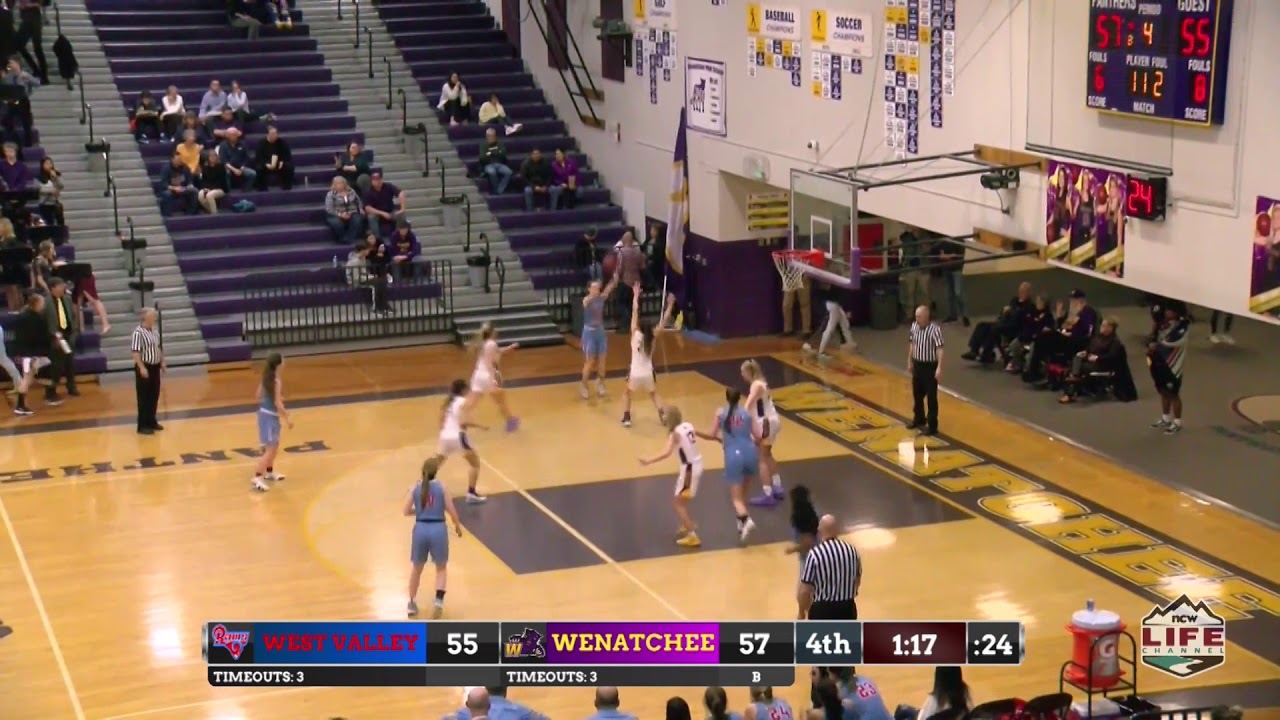 So the Rams get the victory behind the 20-points from Gillyan Landis. Wenatchee was led by the 15-points from Emily Redman and 11-point from Maddy Peters.

Also in Big-9 play last night, Sunnyside ended Eastmont’s season with a 53-26 victory. Ephrata is out of the CWAC District Tournament after falling to Grandview last night 48-36.

Hailey Van Lith is now the second-leading scorer in the history of girls basketball in Washington State after scoring 39 last night to lead Cashmere past Okanogan 72-32.

And Entiat celebrated senior night in style with a 62-20 win over Easton.

The Wenatchee-West Valley boys game got off to a slow start last night with neither team finding much of a rhythm. The Rams held the lead at halftime by a score of 26-to-19. The Panthers made a run down the stretch but came up just a little short. Again, Grant Olson and Steve Sandman had the call on the NCWLIFE Channel… 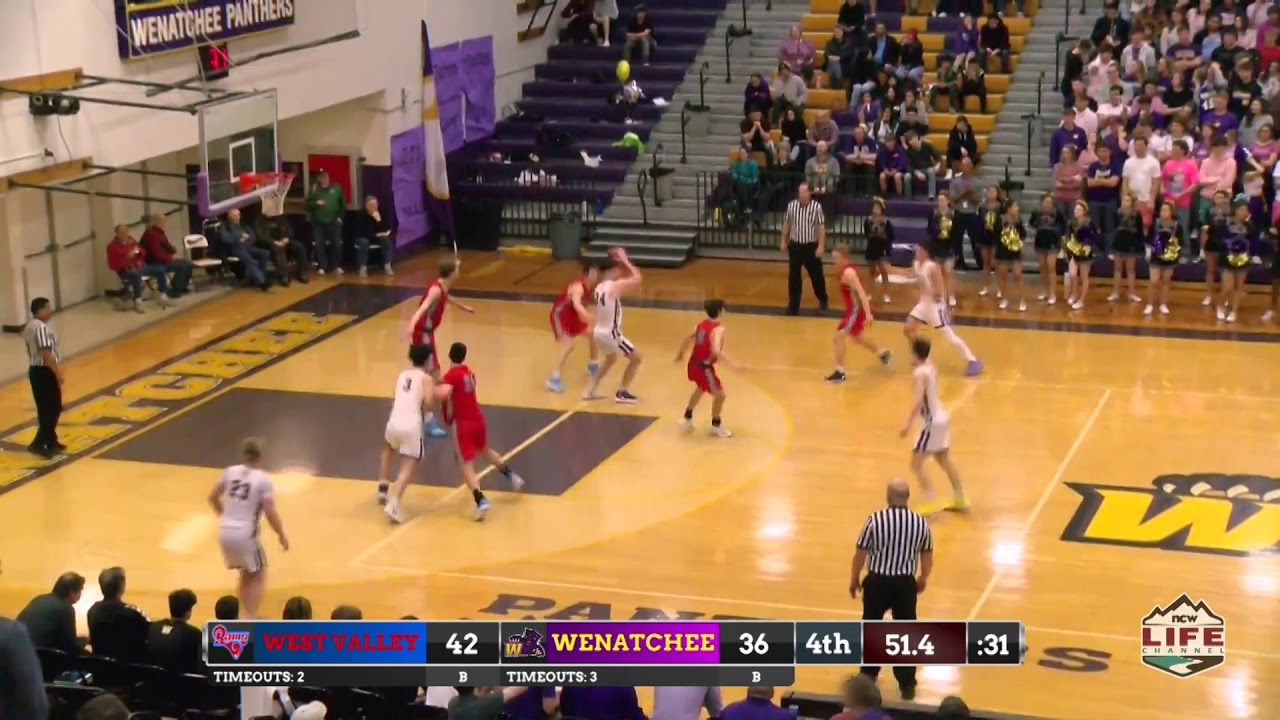 Garrett Long led all scorers with 16-points for Wenatchee while Chase Loidhamer had 11. Logan Kinlock led the Rams with 13-points.

Isaac Wellborn scored 23-points while Lane Keller added 15 as Eastmont wrapped up the regular season with a 72-66 win at Sunnyside.

And in a preview of Saturday’s District Championship, Cashmere beat Okanogan 55-46 to end the Caribou Trail League regular season.

Coming up on the prep basketball schedule tonight…

In boys tournament play, Manson hosts Oroville at 6 o’clock in the first round of the Central Washington B League Tournament. Also in a first-round, loser-out game tonight, Liberty Bell plays at Bridgeport at 6pm. In the CWAC District Tournament, Ephrata hosts Ellensburg at 7 o’clock.

The Wenatchee Valley men hope to exact revenge on North Idaho tonight at 7:30. The Cardinals snapped a 10-game WVC winning streak back on January 15th. North Idaho comes in leading the NWAACC East Conference with an 11-and-oh record. The Knights are in 3rd place at 8-and-3.

Seattle made a move to add a veteran to its ranks yesterday with the signing to a minor league contract of outfielder Carlos Gonzalez. According to USA Today’s Bob Nightengale, the 34 year old Gonzalez has agreed to try out for Seattle. If he makes the opening day roster, he’d be paid 750-thousand dollars.

Gonzalez was a 3-time All Star and three-time National League Gold Glove Award winner during his 10-years with Colorado. He struggled last year with Cleveland and the Cubs. Seattle is unsure of the future of Mitch Haniger, who recently underwent sports hernia surgery and hasn’t played since last June after rupturing a testicle on a foul ball. Mallex Smith is the only current outfielder on Seattle’s roster with extensive Major League experience.