86-78 was the final, but the Panthers had to work to get it to overtime. 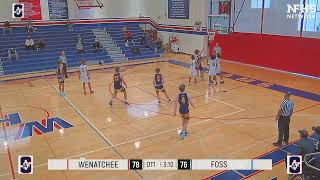 Wenatchee trailed by 3 with 11-point-7 seconds left and Trent Goodell at the free throw line. He makes the first and looks like he intentionally misses the second. Kai Bromiley comes up with the rebound, dribbles and fires the pass to the weak side for an easy layup for Drew Burleson that ties it at 76 and forces overtime.

Coming up tomorrow, Eastmont plays Federal Way or Newport at 3:45. The Panthers will face either Fanklin-Pierce or Emerald Ridge at 5:30.

Here’s a look at the prep boys basketball schedule that remains today. First, for the Cascade Hoops Classic up in Leavenworth, Vashon Island faced Highland earlier today. Manson and Cascade are playing now.

Down in the SunDome in Yakima, the Wilbur-Ellis Yakima SunDome Shootout had a major reshuffle of its schedule due to teams backing out. A mix of bad weather and COVID issues forced 12 teams to withdraw…

Brewster is taking on Zillah now. Wapato and Quincy play at 6 on one court while Ephrata faces Lakewood on the other.

Turning to the girls schedule, we’ll begin in Moses Lake where the Chief girls are hosting a mixer…

It began with Eisenhower and Central Valley. That’s followed by Gonzaga Prep and Sunnyside. Moses Lake will face Mead at 6:30.

At the Cascade Hoops Classic in Leavenworth, Highland and Wapato were followed by Cascade and Manson.

Down in Yakima at the Wilbur-Ellis SunDome Shootout, Ellensburg and Zillah played earlier with Quincy and Tenino playing now.

That’s where the Knights are hosting the Royal Christmas Tournament with 13-teams in town including Erphata, Liberty Bell, Moses Lake and Quincy. The first whistle sounded sound at 10 this morning.

If we’ve learned anything in nearly two years of dealing with the COVID-19, it’s that everything should be written in pencil, not ink…

Miami pulled out of the Tony the Tiger Sun Bowl over the weekend because of Corona Virus in their program. Initially, that meant a forfeit for Washington State. Now, bowl organizers have found a replacement.

There was a thought of moving the game back a couple days, but for now, it’s still scheduled for Friday morning at 9am on CBS.

The Seahawks are oh-and-five in games decided by four or fewer points this year. That’s a sharp contrast from two season ago when Seattle was 6-and-oh in those close games.

So what’s the difference? 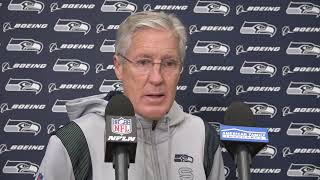 Seattle is set to host Detroit Sunday and then travel to Arizona to finish the season. Coach Carroll was asked if the approach to these final two games will change since there’s not shot at the playoffs… 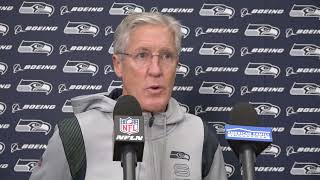 Seattle and Detroit kick off at Lumen Field Sunday at 1:25 on FOX.

4th-ranked Gonzaga gets back on the hardwood tonight in Spokane…

The bulldogs will host North Alabama tonight at 6 o’clock. It will be broadcast in Spokane on KHQ as well as ROOT Sports.