The final four are set in the NFL playoffs after the Divisional round over the weekend.

Aaron Rodgers threw for 296-yards and two touchdowns and ran for another while Aaron Jones rushed for 99-yards and a score as Green Bay beat the L-A Rams 32-18. The game was played in front of 8,456-fans at Lambeau Field. Afterwards, Rodgers said it sounded like 50-thousand when the Packers ran out of the tunnel.

Buffalo uses defense to down Ravens 17-3

Buffalo’s defense rose to the occasion Saturday as the Bills knocked off Baltimore 17-to-3. Taron Johnson returned an interception 101-yards for a touchdown in the 3rd quarter to propel Buffalo back to the AFC Title game for the first time in 27-years. Raven’s quarterback Lamar Jackson was sacked three times and missed the 4th quarter after sustaining a concussion on the final play of the 3rd quarter.

Patrick Mahomes went down in the 3rd quarter with a concussion but Kansas City hung on for a 22-17 win over Cleveland Sunday. The Chiefs defense forced a Browns punt with 4:23 left and 35-year old backup quarterback Chad Henne helped seal the victory. Henne scrambled for 13-yards on 3rd and 14, then hit Tyreek Hill on 4th and 1 to allow KC to run out the clock. The Chiefs become the first team in history to host three-consecutive AFC Championships.

Tom Brady and the Buccaneer’s offense turned three of four New Orleans turnovers into touchdowns and Tampa Bay beat the Saints 30-to-20 last night. It may have been the final game in Drew Brees’ career, and one he’d like to forget. The 42-year old was 19-for-35 for 134-yards and three interceptions to go with one touchdown. Brady finished 18-of-33 for 199-yards with two touchdowns passing and one running.

And then there were four. The Conference Championships are set for this Sunday as Tampa Bay will play at Green Bay for the George Halas Trophy at 12:05 on FOX. The AFC Title game will feature Buffalo at Kansas City for the Lamar Hunt Trophy. That game will kick off at 3:40 Sunday afternoon on CBS.

Gonzaga men and women both remain unbeaten in WCC play

Checking the Les Schwab college basketball scoreboard from the weekend…

Corey Kispert led four players in double-figures as Gonzaga powered past Saint Mary’s 73-59. Joel Ayayi chipped in 16 while Drew Timme and Jalen Suggs each had 14 to keep the No. 1 Bulldog’s record perfect at 14-and-oh.

Washington blew a 10-point halftime lead and fell at UCLA 81-76 Saturday. Quade Green led the Huskies with 25-points as Washington fell to 1-and-11 on the season, oh-and-7 in Pac-12 play.

Isaac Bonton scored 27-points but Washington State couldn’t keep pace with USC, falling to the Trojans 85-77 Saturday night. The Cougars committed 15-turnovers as they saw their Pac-12 record fall to 2-and-4.

On the women’s college scoreboard, Hailey Van Lith scored 15-points to help Louisville to an 84-56 blowout win over Florida State. The No. 2 Cardinals will most likely take over the No. 1 ranking after unranked Colorado knocked off top-ranked Stanford in overtime Sunday 77-72.

Washington State took UCLA into overtime Sunday, but fell to the Bruins 68-66. Charlisse Leger-Walker (ledger) led WSU with 18-points as the No. 25 Cougars nearly knocked off the 8th-ranked Bruins. 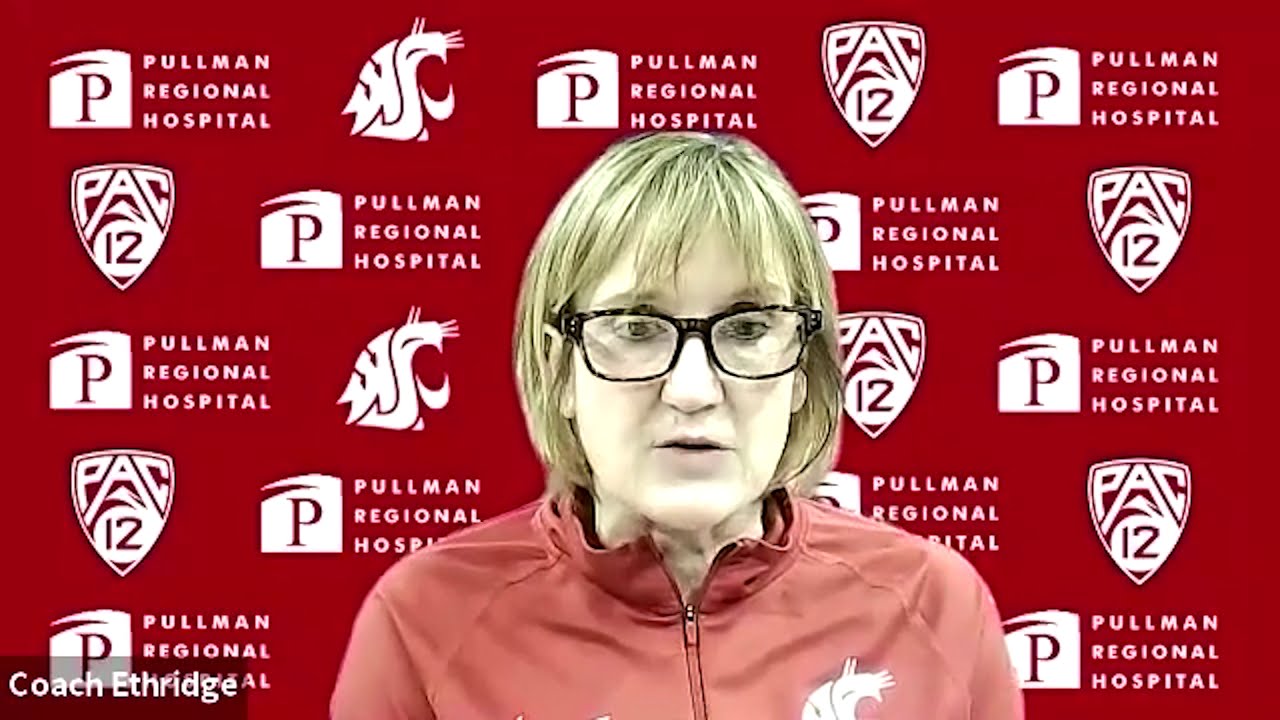 Kayleigh Truong scored 17-points to lead a balanced Gonzaga attack as the No. 20 Bulldogs beat San Francisco Saturday 76-52. The Gonzaga women remain unbeaten in West Coast Conference play at 7-and-oh, 12-and-2 on the season.

Pittsburgh earned its first win of the young season in a 4-3 shootout over Washington.

After a scoreless first period, Florida scored two in the second and added three more in the third to outpace Chicago 5-to-2.

The NHL schedule got underway with a morning game in Detroit where the Red Wings hosted Columbus. The visitors came out on top of that one 3-2.

Wilson says he was not in favor or removing Brian Schottenheimer

As the Seahawks search for a new offensive coordinator to replace Brian Schottenheimer, their franchise quarterback isn’t shy about his opinion on the matter. Russell Wilson says he hopes to help find the team’s new O-C. Was he in favor of Schottenheimer being let go? 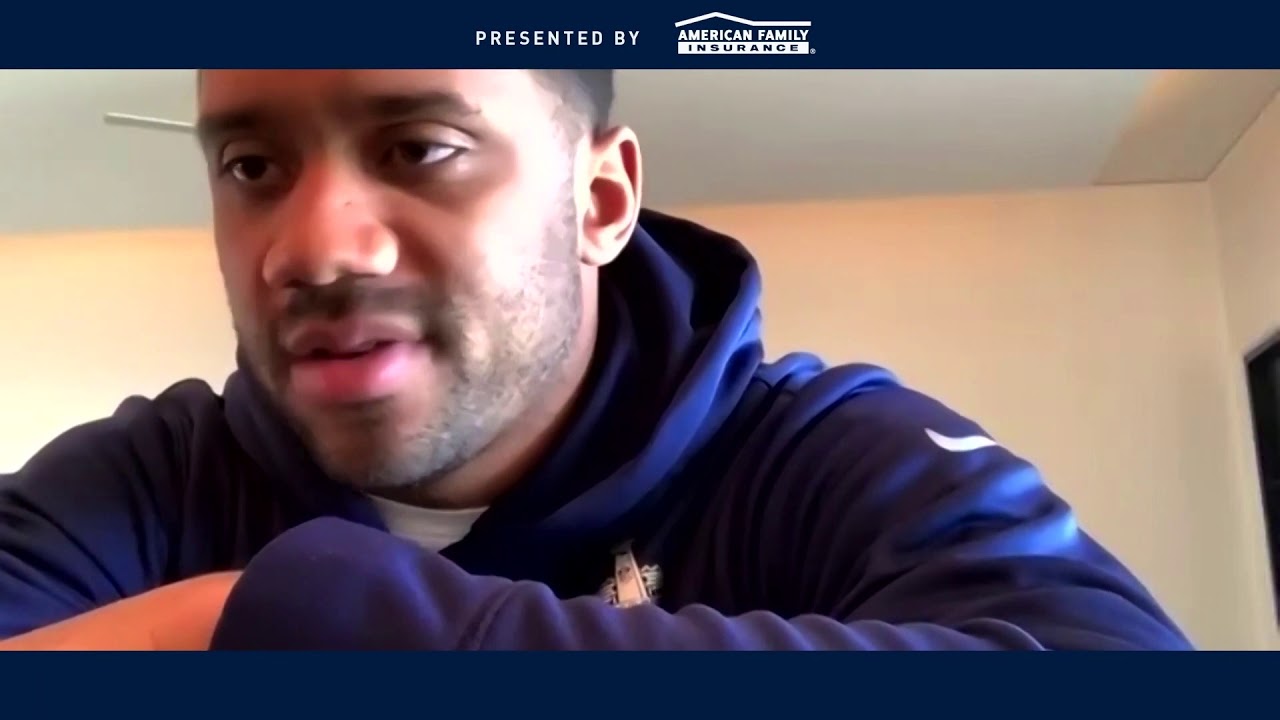 Russell Wilson says he’d like to see the decision made as soon as possible so he can start working with the O-C on next year’s Seattle offense.