The NHL dropped the puck on a shortened season last night with a quintuple of games. In Philadelphia, the Flyers protected home ice with a 6-3 win over the visiting Penguins. Philly shared the load with goals scored by six different players.

Morgan Reiller had the game-winner 3:24 into overtime as Toronto stopped Montreal 5-4. William Nylander scored the first two goals for the Leafs.

Tampa Bay jumped out to a 3-goal lead in the first period and coasted to a 5-1 win over Chicago.

Vancouver traveled to Edmonton and handed the Oilers a 5-3 defeat. Brock Boeser scored two goals in the third for the Canucks.

The rest of the league begins the season today with Washington skating at Buffalo. New Jersey hosts Boston. The Islanders and Rangers are playing in New York. Carolina travels to Detroit. Nashville hosts Columbus. Calgary’s at Winnipeg. Vancouver skates at Edmonton. Arizona hosts San Jose. Anaheim is at Vegas. And the Kings host the Minnesota Wild.

Washington State plays at UCLA at 2 o’clock on FS-1. Washington travels to USC at 5:30 on the Pac-12 Network. Then at 6, its No. 1 Gonzaga hosting Pepperdine on ESPN.

On the women’s floor Thursday, #20 Gonzaga travels to Santa Clara at 6 o’clock. Then on Friday, #25 Washington State plays at USC at 4:30 on the Pac-12 Network. Washington’s game at #8 UCLA has been postponed because of COVID in the Husky program.

Mariners a month away from spring training 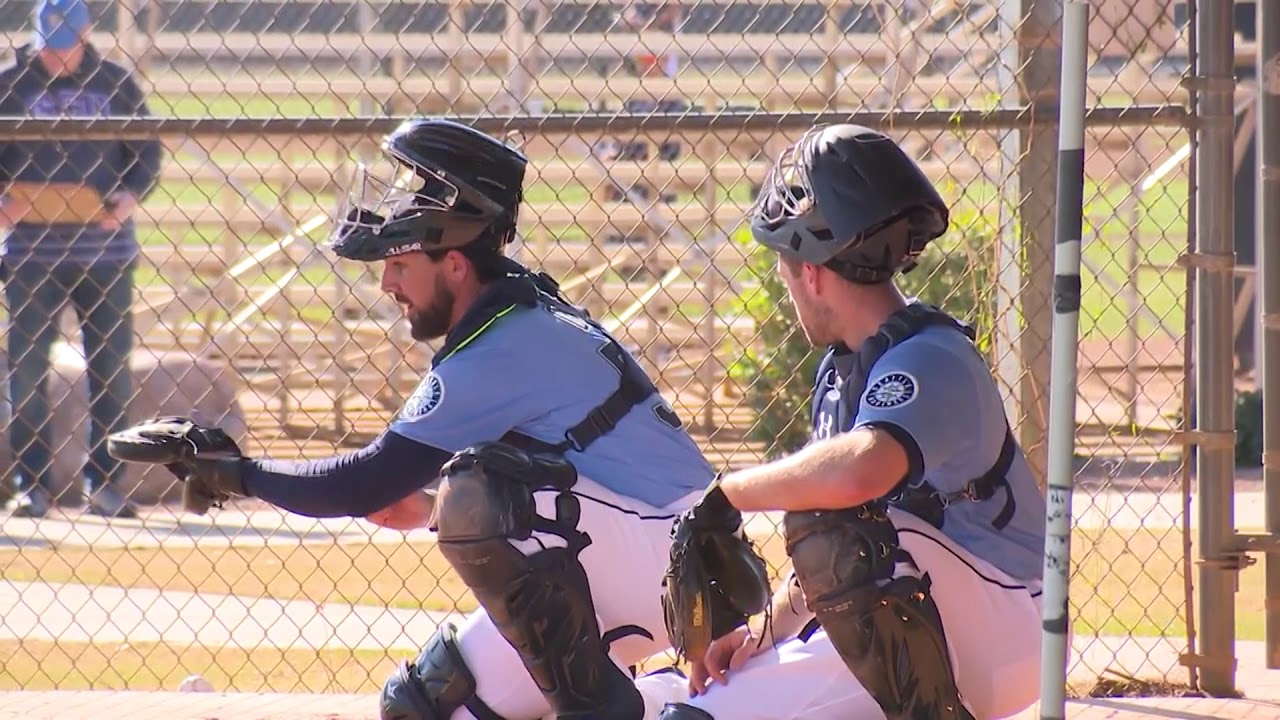 It’s hard to believe but we’re only a month away from pitchers and catchers reporting to spring training for the Mariners in Arizona. According to the Spring Training Connection, Seattle’s report day for pitchers and catchers is February 12th in Peoria. The first workout is the following day…

Position players will report on February 17th and the first game of the spring will be against San Diego on February 27th.

As Seattle prepares for what it hopes will be a full spring training and 162-regular season schedule, some paperwork needs to be done first. Friday is the deadline for clubs and their unsigned arbitration-eligible players. For the Mariners, that includes shortstop J.P. Crawford, reliever Rafael Montero and catcher Tom Murphy.

About the time the Mariners are scheduled to take the field against the Padres, outdoor enthusiasts in the Wenatchee Valley were hoping to attend the annual Sportsmen Show at the Town Toyota Center. Unfortunately, that won’t happen this year…

Amy and John Gustin, the new owners of the Wenatchee Valley Sportsmen Show, have made the difficult decision to cancel this year’s show. It was scheduled for the Town Toyota Center February 26th through the 28th. Amy tells us with the future so cloudy under the COVID pandemic, they felt having a show with large groups of people indoors was just not going to happen.

The Gustin’s purchased the Wenatchee Valley Sportsmen Show from Merle Schuyler and Schuyler Productions in 2019. They had originally also purchased the sports shows in Yakima and Tri-Cities, but turned them back to Schuyler when COVID-19 shut everything down.

Amy says the show will be back bigger and better than ever in 2022. She says she and John have already locked in their dates with the Town Toyota Center for next year.

Other outdoor shows are also either cancelling or going virtual this year. The Seattle Boat Show, for example, will be all online starting January 28th.

Wild and Warriors face off tonight

We’re going back to October of 2019 for this one as the Wenatchee Wild hosted the West Kelowna Warriors. Wenatchee’s offense was in high gear for this one. Catch all the action with the puck dropping at 7 o’clock tonight as Arch Ecker provides the play-by-play here on the NCWLIFE Channel.