Outgoing East Wenatchee Mayor Steve Lacy has agreed to delay proceeding with finding a new police chief until after a new mayor is elected.

At last night’s city council meeting the Mayor tabled a plan to hire an outside consultant to conduct a search for a new police chief to replace Randy Harrison. Harrison has announced he’s retiring December 31st.

The Mayor said he would welcome the opportunity to participate in the selection process but he said he didn’t want to give the impression that he wanted to control it. 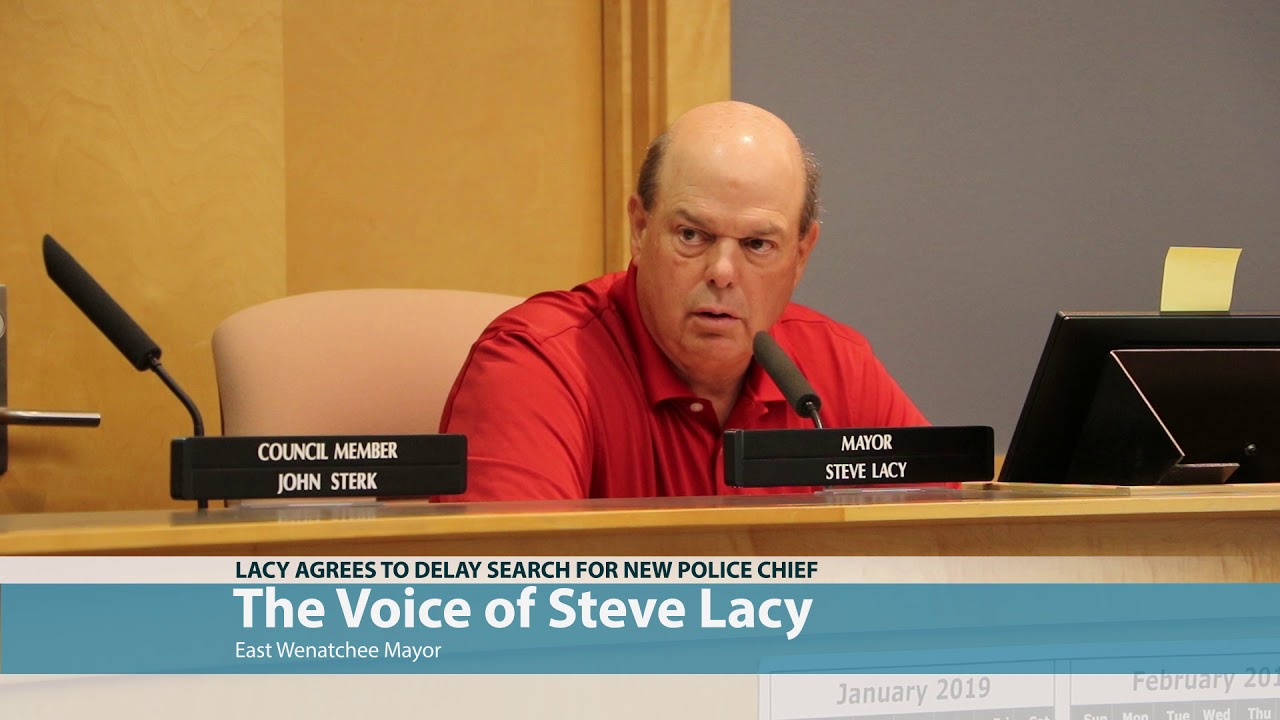 Chief Harrison’s departure comes after an independent outside review of the department identified several problems including mismanagement. Lacy explained it was for that reason he proposed hiring an outside firm to conduct the search.

Council members including the two mayor candidates, Tim Detering and Jerrilea Crawford who agreed that the process should be tabled until after the November election.