It’s the start of a new era at the Wenatchee School District under new leadership . . .

Dr Paul Gordon’s first official meeting as the district’s new Superintendent was at a Wednesday afternoon planning retreat. Gordon led a four hour discussion focused on establishing a direction and working relationship between the Board, superintendent and district staff. 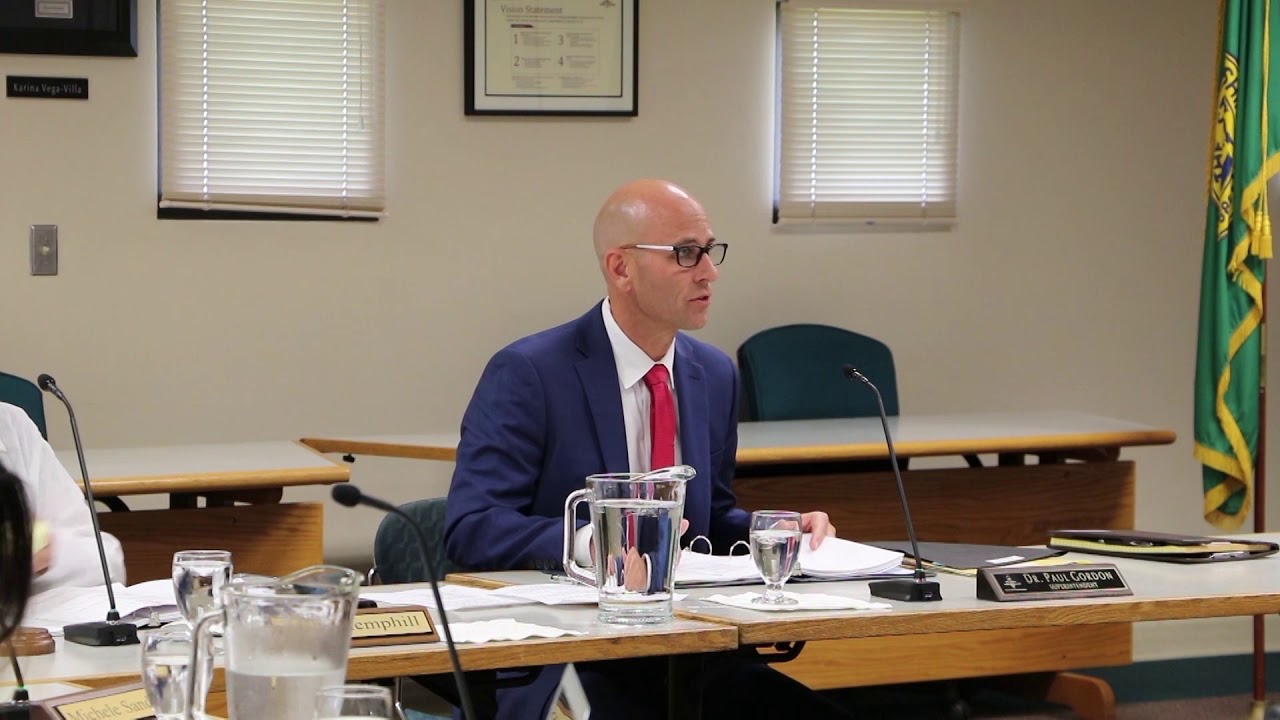 Dr Gordon replaces Brian Flones who retired this year after serving for 19 years. Gordon arrives during a period of political turbulence within the school board following a controversial transfer of power involving three board members who were elected on a platform of change two years ago. Two board positions are being contested in the fall election which could reset the balance of power. Gordon will also be tasked with overseeing the district’s future facility planning after the defeat of a major high school construction bond measure.