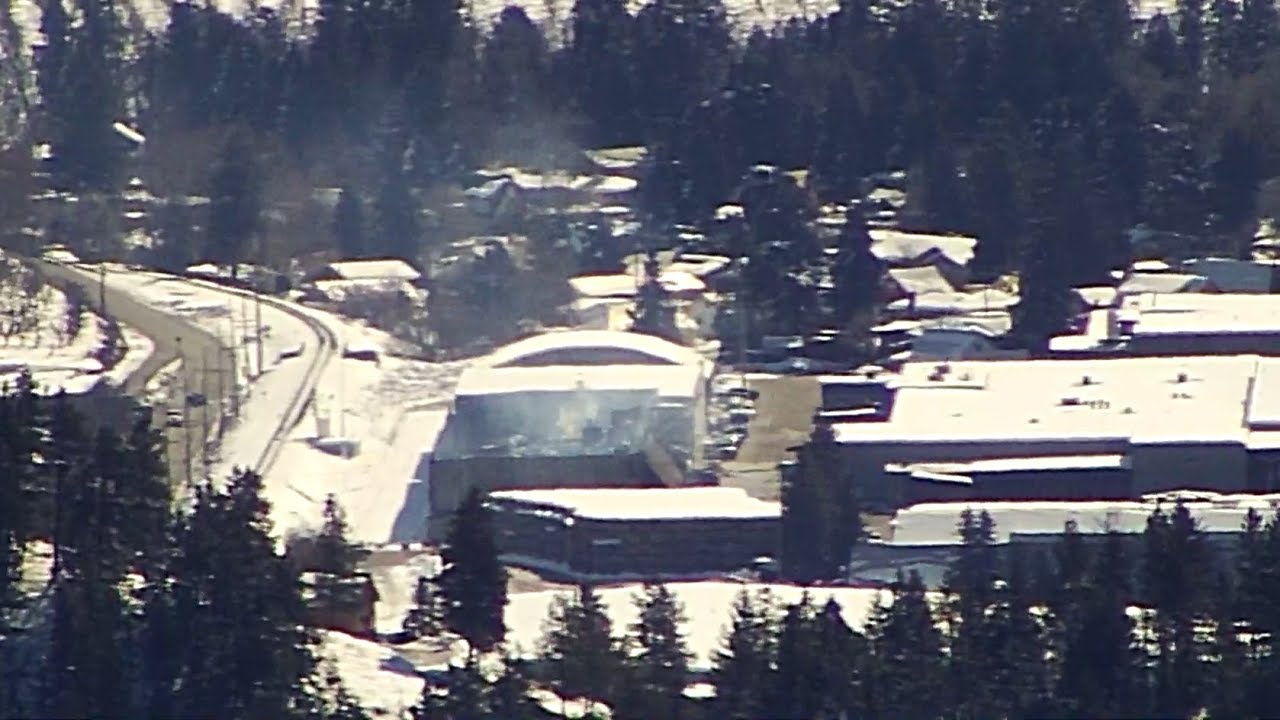 And now, a few of the stories we’re following for you tonight, The fire at the Blue Bird fruit storage facility in Peshastin continues to smolder and occasionally flare up, five days after it started, and, The Port of Chelan County has entered into a lease agreement for its first tenant at the Port’s Cashmere Mill District Business Park.
But first, we begin tonight. . .

Federal charges have been brought against the 23-year-old Omak man accused of making online death threats against Washington sheriffs. A federal grand jury in Spokane this week handed down two charges of threats in interstate communications and another charge of cyberstalking against Jayden H. Ledford. Ledford is accused of making the threats against sheriffs who said they would not enforce Washington’s new gun laws. In one post referencing the Spokane sheriff, he said QUOTE, Ozzie Knees-O-Vich is going to get a bullet in his skull. UNQUOTE.

The cause of the Sunday evening fire remains under investigation. Mosher said a dog will be brought in Monday to sniff for accelerants, which if detected would point to arson.

The Port of Chelan County has entered into a lease agreement for its first tenant at the Port’s Cashmere Mill District Business Park. Chatsworth, California-based Hurst international manufactures fruit label printers and labeling equipment. The Company has agreed to lease approximately 6,500 square feet. They are expected to bring 10 new jobs and private investment exceeding $1,000,000 to Chelan County. Founder, Ari Lichtenberg, said the company is looking to expand its presence in the region. Hurst International’s current customers include Gebbers Farms, Auvil Fruit and Chelan Fruit. The lease agreement is signed as construction work at the former lumber mill continues. In September 2018, the Port started construction on two general-purpose industrial buildings each containing 16,500 square feet. They are expected to be completed in late spring.

Coming up next, Mission Ridge Ski & Board Resort announced today that it plans to replace it’s Chair (The Liberator) prior to the start of the 2019-2020 season. A new fire station is coming to the Crescent Bar-Trinidad area, and, If you were planning on visiting the Rocky Reach Discovery Center this Sunday, you’ll want to reconsider those plans. I’m Grant Olson and you’re watching the NCWLIFE Evening News.

Mission Ridge Ski & Board Resort announced today that it plans to replace it’s Chair 2 (The Liberator) prior to the start of the 2019-2020 season pending approval from the U.S. Forest Service and Washington Department of Fish and Wildlife. Josh Jorgensen, Mission Ridge General Manager, says the newly purchased chair is coming from Europe and is a significant improvement for Mission Ridge skiers. The chair lift is a Dopplemar high-speed, detachable quad chairlift with bubbles. Jorgensen added that if approved, this investment will offer consistency of operations and a much more comfortable ride up the mountain. The new lift will come with all new electronic systems and controls which he says will serve Mission well for many years into the future.

A new fire station is coming to the Crescent Bar-Trinidad area. Grant County Fire District 3 announced they are moving forward with plans for a much needed fire station. Grant County Fire District No. 3 already owns the property near Trinidad where the new station will be built, property that is more centrally located than the previous station allowing for faster response times across a larger area. In addition, the station will allow the fire district to provide emergency response to some portions of Douglas County. The fire district was awarded an almost $190,000 dollar grant from the county, with $62,500 dollars in loans with zero percent interest, in order for the station to be built. The grant was approved by the Grant County Commissioners. The new fire station should be completed by the Spring of 2020.

If you were planning on visiting the Rocky Reach Discovery Center this Sunday, you’ll want to reconsider those plans. The center will be closed Sunday so Chelan County PUD crews can finish some planned electrical work. It will reopen and resume its regular schedule Monday. The center began its season March first and is open through October 31st.

In tonight’s feature story, we’ll preview a series airing on the NCWLIFE Magazine next week. On the NCWLIFE Evening News we’ll have several segments taking a look at the Chelan County Drug Court, a new program in the Valley that began last June. The Magazine includes interviews with key team members along with two participants in the program. Here is a preview of what we’ll see next week. . .

The extreme sports daredevils of today are just taking a page from those who came before. Case in point is our kicker video today on Ski Racing from 1955…Yes kids, your grandparents were crazy too!

If you have a video of the day, you’d like to see on the NCWLIFE Evening News, message us on our Facebook Page at the NCWLIFE Channel.