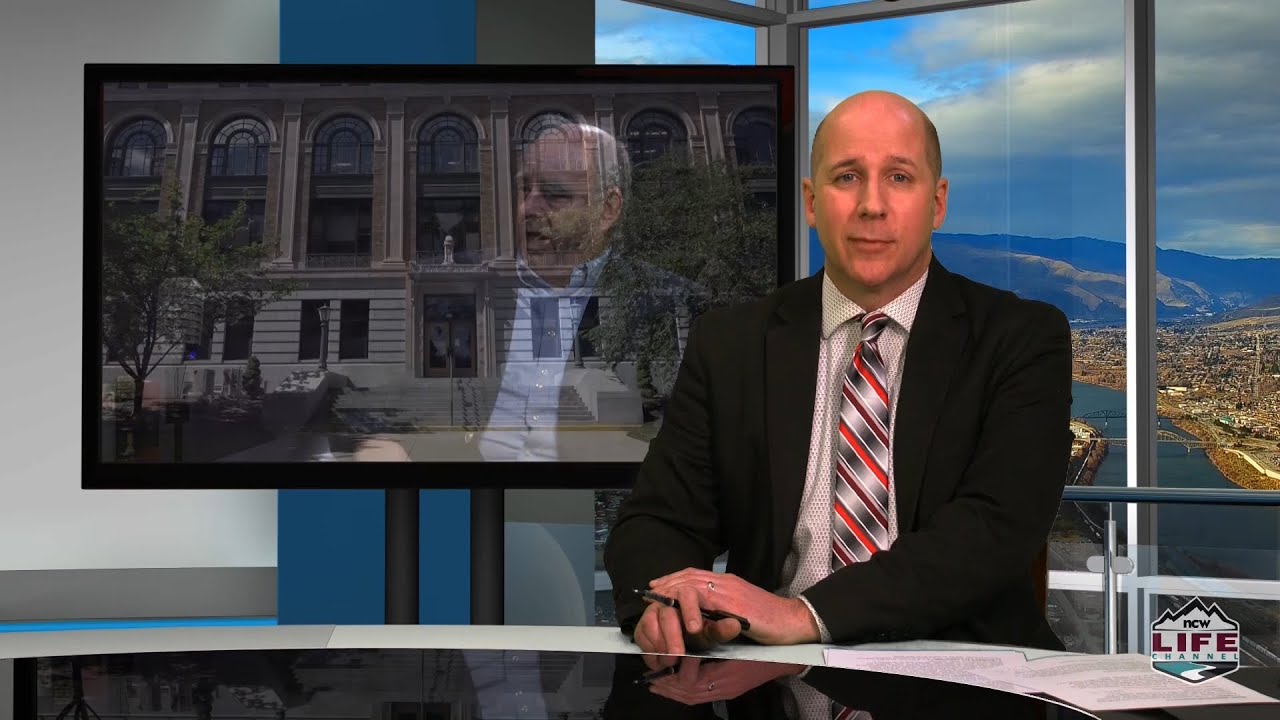 Good evening and welcome to the NCWLIFE Evening News. I’m Jefferson Robbins, filling in for Grant Olson. We’ve got stories from all around the region today, but first let’s take a quick look outside our weather window:

And now, a few of the stories we’re following for you tonight: Wenatchee loses yet another big box store as Rite Aid says goodbye. The state levies a hefty fine against a Grant County lawyer who violated political campaign laws. And the humble Washington apple may soon get a spot on your license plate.
But first tonight. . .
Senior center closed-The Wenatchee Valley Senior Activity Center closed Monday night and will not reopen again for at least two weeks over concerns about the COVID-19 virus. The center’s thrift store will be included in the closure. Dave Tosch, executive director of the center, said the Wenatchee facility serves a population vulnerable to the coronavirus and they want to exercise caution. About 500 to 600 people a day visit the center for a variety of activities and a daily lunch. Tosch said they hope to reopen Wednesday, March 25th. The senior centers in Leavenworth and Chelan have followed suit with closures expected to last two weeks. One elderly Grant County resident died on Saturday of a coronavirus infection, and health officials there say they’re contacting visitors to the Quincy Senior Center who may have been exposed.
Rite Aid closing-A company spokesman says the Rite Aid pharmacy in Wenatchee is closing after today and the rest of the store will close March 20th. A notice posted on the door of the store says the Rite Aid pharmacy is closing after March 10th and says customer pharmacy records will be transferred to the nearby Albertsons store. Christopher Savarese of Rite Aid’s corporate communications office confirmed Tuesday that the entire store in Wenatchee’s North Valley Mall will close. Last year Shopko announced it was closing its store next door to Rite Aid. Winco plans to open a grocery store in that location.
England for commish – A former sheriff’s deputy who’s also the brother of a retiring Chelan County commissioner wants to take over the post. Dale England of Manson says he’ll run for the seat now held by brother Doug England. Dale England was a 25-year sheriff’s deputy until 2008, when Sheriff Mike Harum fired him over a prank phone call to a coworker that went to the wrong phone number. He was later reinstated and allowed to retire after a court settlement. England has also founded agricultural businesses in the Lake Chelan area, and says if elected, quote, he’ll take a common-sense approach to the issues important to Chelan County residents. Tiffany Gering, chief operating officer of the Lake Chelan Chamber of Commerce, is also running for the commissioner’s post.
Grant County ex-judge – A Grant County lawyer who’s also former judge must pay $230,000 in fines for illegal campaign maneuvers against a political candidate.
Jerry Moberg violated state political finance laws when he paid for, printed and mailed anonymous fliers in 2014, attacking prosecutor candidate Garth Dano. Moberg did not attach his name to the flier, or register the project with the state’s Public Disclosure Commission. When he came under investigation, he lied about his part in the effort. Ken Greene, a Moses Lake businessman who partnered with Moberg on the illegal mailing, was fined about $20,000. Moberg is a successful Ephrata attorney who previously served as a judge on the Superior Court.
TEASE -Coming up next, a reckless motorist no longer faces local charges for fleeing police and crashing her car; and the KPQ Home Expo is still on amid the challenges of coronavirus. I’m Jefferson Robbins, and you’re watching the NCWLIFE Evening News. Please stay with us.

Welcome back, in other news tonight . . .
Apple plate-A bill to offer Washington drivers an apple-themed license plate cleared its final legislative hurdle Friday and now awaits Gov. Jay Inslee’s signature. The House approved the new plate by a 92 to 5 vote. It earlier had been approved by the Senate, where it was introduced by 12th District Senator Brad Hawkins. Hawkins said earlier getting the plate approved during the short session would be a challenge. A portion of the proceeds from sales of the plate will go to the Washington Apple Education Foundation.
Driver charges dismissed – The Cashmere woman suspected of crashing a car with methamphetamine in the trunk had her charges dismissed Monday, while she deals with a more serious charge in Spokane. Douglas County deputies arrested 22-year-old Jessica Hailey Fisk on Jan. 4, after she allegedly struck an unoccupied car on Highway 28 near Rock Island. Police said they later found meth when her car was impounded. [BROLL: Waterville courthouse]
At the time, Fisk was already out on bond for a serious wreck in Spokane, in which she’s accused of crashing into a minivan and hospitalizing the driver and two children in April 2019. Douglas County prosecutors said they’ll wait to press the charges against Fisk until her Spokane County case is resolved.
Home show – Many institutions have temporarily shut their doors and events have been postponed due to the COVID-19 outbreak, but the KPQ Home Expo 2020 is not one of those. Organizers invite one and all to the Town Toyota Center this Friday, Saturday and Sunday, although they encourage all comers to wash hands and practice hygienic social contact while they’re on the floor. NCWLIFE will be there alongside many other vendors and presenters. The KPQ Home Expo is a multi-year tradition for central Washington home-improvement shoppers.
TEASE -You’re watching the NCWLIFE Evening News. Coming up next, hundreds of local veterans and friends gathered in the Wenatchee Cemetery this morning to bid farewell to one of their own; and Eric Granstrom has your complete local weather forecast. That and much more still to come on the NCWLIFE Evening News, stay with us.

Welcome back to the NCWLIFE Evening News. . .
Vet funeral – Most of the people in this crowd of 200 didn’t know Norman Strasbaugh. That didn’t stop them from showing up this morning to help lay the Marine Corps veteran to rest. Strasbaugh died two weeks ago at age 77 in a Wenatchee nursing home, and when his fellow veterans learned he left no family behind, they turned out in force for his funeral. NCWLIFE was there.
And that is a look at your local weather forecast, coming up next, tonight’s sports report and more as the NCWLIFE Evening News continues right after this.

NCWLIFE Channel Sports
Thanks Eric. Finally from us tonight …
Worm moon-Last night’s so-called Worm Moon offered skywatchers a spectacular view, including Tim McCord, who captured this image through a telescope in Entiat. A Worm Moon is considered the first full moon of March and was so-named because it is the time of year earthworms start to reappear.
– And that’s going to do it for our newscast tonight. For more on these stories and other news from around North Central Washington, you can find us on Facebook or our website at ncwlife.com. And, remember, if you see news happening we’d like to hear from you. You can send us an email at news@ncwlife.com, or give us a call 888-NCWL (6295). I’m Jefferson Robbins, Grant Olson is back tomorrow. Goodnight.