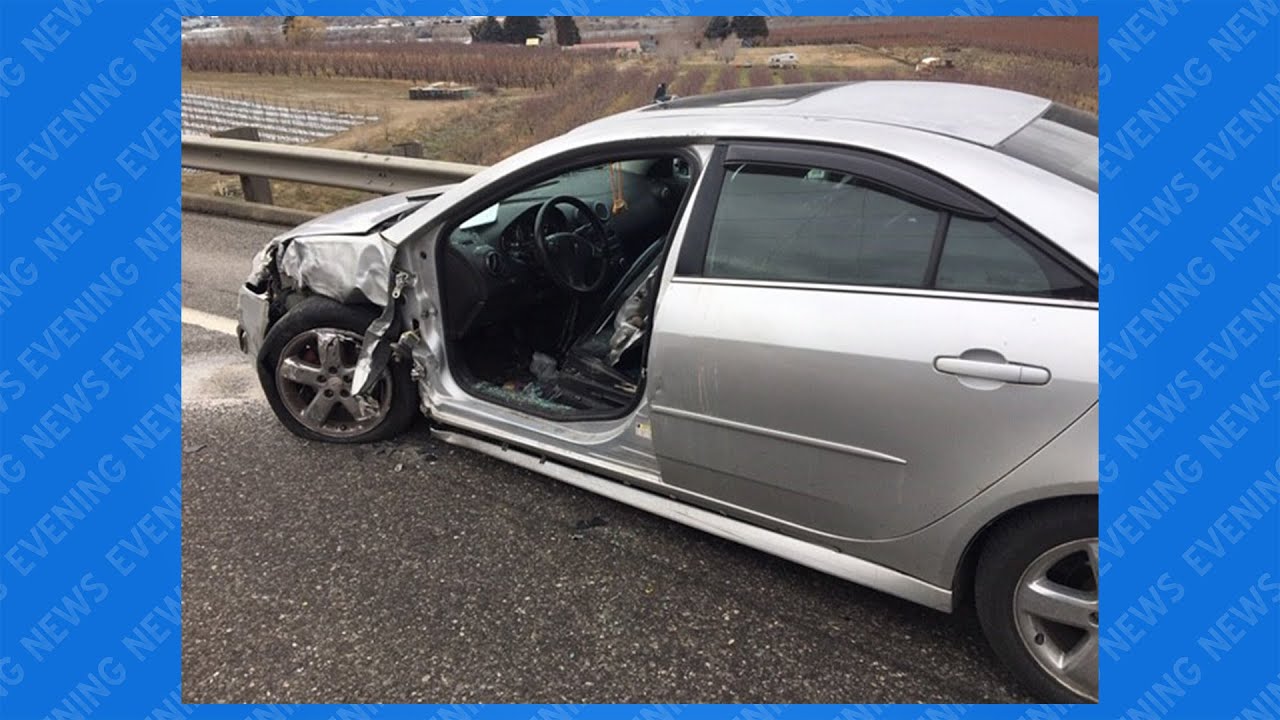 Good evening and welcome to the NCWLIFE Evening News. I’m Grant Olson. Before we get to today’s top news stories, let’s take a quick look outside our weather window.

Welcome back, and in other news. . .
Coronavirus Ellensburg A Central Washington University student who traveled abroad is now undergoing tests in Ellensburg for the novel coronavirus – the flulike illness that’s infected almost 10,000 people in 23 countries. The Kittitas County Public Health Department says the student went to the CWU campus clinic showing signs of illness, and is now in isolation awaiting test results. Those should be known in 48 to 72 hours. The health department will also monitor people who’ve had contact with that person. So far all of the estimated 213 deaths from the coronavirus have occurred in China. The U.S. State Department on Thursday advised Americans not to travel there.
Coronavirus Map At first glance, an interactive map of the coronavirus spread appears to show a case in the Wenatchee Valley – but looks can be deceiving. Only one case has been verified in Washington, and that’s in Snohomish County. But the interactive map from Johns Hopkins University places a locator, called a “centroid,” at the geographic center of Washington State — which happens to be near Winton and Coles Corner, in the neighborhood of Lake Wenatchee. No coronavirus there. As of Friday there have been six cases confirmed in the entire United States.
Rivera Leaving Ramon Rivera, who raised the Wenatchee School District mariachi program to national prominence as its director, has accepted a job with Mount Vernon High School. Rivera took a leave of absence from his Wenatchee job in November to focus on his third-grade son, who has high-functioning autism. He said the Mount Vernon area is better suited for the challenges his son faces. Rivera will lead the mariachi program at the high school in Skagit County, which will now be separated from the band program under his direction. He will start work in the fall.
TEASE -You’re watching the NCWLIFE Evening News. Coming up next, tonight’s feature story and your complete local weather forecast. That and much more still to come on the NCWLIFE Evening News, stay with us.

Welcome back to the NCWLIFE Evening News. . .
Feature -The 2020 Washington State Apple Blossom Festival Royalty Selection Pageant is a little over a week away. In tonight’s feature story, NCWLIFE’s Eric Granstrom caught up Festival Administrator Darci Christofferson who explained just what the girls are going through and what goes into making the pageant a success. . .
TEASE – And that is a look at your local weather forecast, coming up next, tonight’s sports report with Eric Granstrom and more as the NCWLIFE Evening News continues right after this.

The Bulldogs remained unbeaten in West Coast Conference play and improve to 22-and-1 overall. It was a costly win, however, as Killian Tillie left the game with a left ankle sprain.
Washington had just one field goal in the final 6-and-a-half minutes, falling to Arizona 75-72 in Seattle. RaeQuan Battle hit a 3-pointer for the Huskies with 1:45 remaining to give Washington a 72-70 lead, but that would be the only field goal down the stretch.
Jeryn Lucas scored 27-points off the bench to lead Central Washington to an 84-77 win over Simon Fraser.

In Spokane, #12 Gonzaga beat San Diego 57-24. Jessie Loera led the Bulldogs with 14-points while Melody Kempton added 13 off the bench.

The rival wrestling match between Eastmont and Wenatchee last night lost some of its luster with key injuries on both sides of the mat. But that didn’t stop it from being an entertaining evening as the Panthers topped the Wildcats 48-31…

There was a total of 10-pins combined on the night, starting right out of the gate with the first match at 182-pounds between Eastmont’s Luke Harrison and Wenatchee’s Orlando Rodriguez.
Eric Granstrom and his Dad Dave had the call on the NCWLIFE Channel…
6-Eastmont vs Wenatchee Wrestling 2:34

Wenatchee locked down 3rd place in the Big-9 with the win. Each team hopes to get their wrestlers back in time for Districts at Davis next Friday and Saturday.
Also last night, Ellensburg narrowly defeated Quincy 37-31. Toppenish remained unbeaten with a 59-15 win over Ephrata. Chelan edged Okanogan 36-30. And the Goats slipped by Cashmere 39-36. Omak also swept Okanogan and Cashmere to win the regular season Caribou Trail League Title.
There were only 4 contested matches in the girls match between Eastmont and Wenatchee last night, all wins by pin…

But forfeits ruled the night as the Wildcats won 48-30. Bella Andreini and Kelsey Ibarra continued their stellar seasons for the Panthers while Sheila Carena surprised McKayla Cook for the Wildcats…
9-Eastmont vs Wenatchee Girls Wrestling 1:01

The Eastmont girls head to Okanogan this morning for the Invite beginning at 10am. The Brewster, Cascade, Cashmere and Chelan boys will wrestle at the Okanogan Invite tomorrow starting at 10am.

Nob Hill Lanes is the site as Eisenhower hosts the tournament beginning at 11 o’clock. The Cadets won the regular season title with Wenatchee 2nd and Eastmont 3rd. The Panthers and Wildcats will look to put up some good numbers as only one team will advance to the State Tournament.

Here’s what we have on schedule in girls basketball tonight…

Eastmont hosts Moses Lake and Grant Olson will be courtside with the play-by-play. We’ll have that at 6:30 here on the NCWLIFE Channel. Also tonight, Wenatchee plays at Sunnyside at 5:45. That’s the same start time for East Valley at Ephrata; Quincy at Ellensburg; and Cascade at Chelan. Waterville-Mansfield hosts Tonasket tonight at 6.
(slide) 13-BOYS BBALL FRI
On the boy’s courts tonight, Ephrata hosts East Valley at 7:15. Quincy plays at Ellensburg while Chelan hosts Cascade at 7:15. Wenatchee travels to Sunnyside at 7:30. And we’ll have Eastmont and Moses Lake from Eastmont High with Grant at 8 here on the NCWLIFE Channel.

Ephrata visits Quincy for the Battle of the Basin at 3:30. Moses Lake hosts Eisenhower at 5:45. Eastmont plays at Wenatchee at 5:45, which Grant and Eric will have the play-by-play of LIVE on NCWLIFE. Waterville-Mansfield plays at Oroville at 6 o’clock.

In boys basketball Saturday, Quincy hosts Ephrata at 6. Waterville-Mansfield tips it up at Oroville at 7:30. Moses Lake entertains Eisenhower at 7:30. And we’ll have Eastmont and Wenatchee at 7:30 here on NCWLIFE.
It’s worth noting that we’ll also carry the Wenatchee High School Hall of Fame induction ceremony tomorrow at 7. Being enshrined are former standout athletes Dillon Sugg and Isaiah Brandt-Sims as well as former Coach Jay Young.

The Wenatchee Wild are in Trail, B.C. for a British Columbia Hockey League game tonight…

The puck drops at the Cominco Arena at 7 o’clock. Wenatchee returns home tomorrow night to host Coquitlam at the Town Toyota Center. It’s Guns N Hoses Night with special jerseys, and auction, and an exhibition game at 5 between local firefighters and police.

Thanks Eric.
**Now let’s check in with Eric Granstrom for a look at what’s coming up Monday morning on Wake Up Wenatchee Valley, Eric. . .
*CLOSE* -And that’s going to do it for our newscast tonight. For more on these stories and other news from around North Central Washington, you can find us on Facebook or our website at ncwlife.com. And, remember, if you see news happening we’d like to hear from you. You can send us an email at news@ncwlife.com, or give us a call 888-NCWL (6295). I’m Grant Olson, thanks for joining us and have a great weekend.