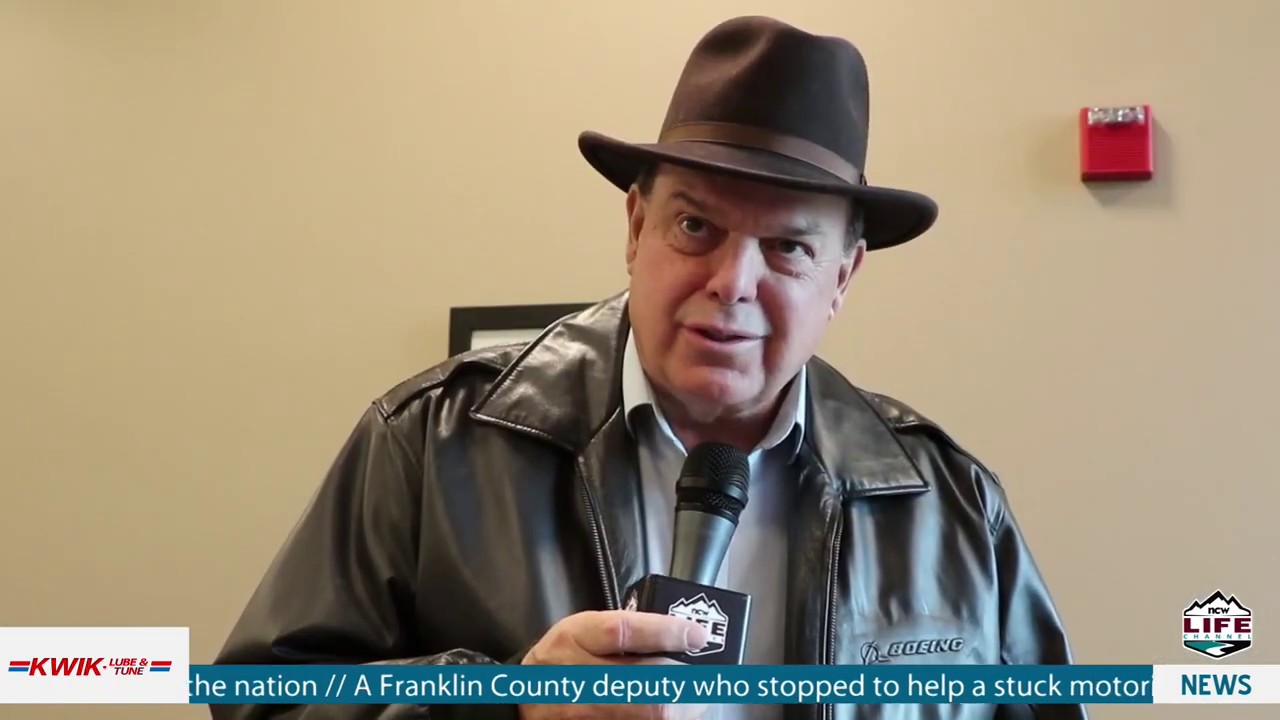 And now, a few of the stories we’re following for you tonight, Plans for two new traffic roundabouts in East Wenatchee continue to move forward, you might say, in a roundabout way. Wenatchee firefighters put out a fire Thursday morning at the same property an arson-caused blaze was extinguished in September, and, With the new year came a new federal rule that required all hospitals in the nation to publically post the costs of all their services and materials.

Mayor Steve Lacy is pleased with the outcome of the second round of bids for East Wenatchee’s Gateway Project. Wenatchee-based KRCI was awarded the contract after submitting the low bid on the project. . .

Lacy provided an update on the project at Thursday’s Chelan Douglas Transportation Council meeting. The Gateway Project is being developed as a multi-use venue and visitor information center located at the foot of 9th street and Valley Mall Parkway. Bidding was delayed due to higher than expected costs.

Plans for two new traffic roundabouts in East Wenatchee continue to move forward, you might say, in a roundabout way but, that’s not sitting well with Mayor Steve Lacy. He voiced some frustrations about the project’s slow progress at Thursday’s Chelan Douglas Transportation Council meeting. The City and DOT have been working together for the past year on two roundabouts planned for the intersections of Hwy 28 and 9th street and at 9th Street and Valley Mall Parkway. But the plans were put on hold due to higher than expected costs as well as traffic issues with a third roundabout now in used at the Eastside of the George Sellar Bridge. The DOT is currently studying the traffic flows on Ninth Street and Highway 28, and how it all integrates with the existing Fifth Street roundabout. But Mayor Lacy says he’s not sure where the project’s headed. . .

DOT officials reported at Thursday’s meeting that the studies should be completed later this spring with a final recommendation to follow soon afterwards.

Wenatchee firefighters put out a fire Thursday morning at the same property an arson-caused blaze was extinguished in September. Chief Brian Brett with Chelan County Fire District 1 says the occupants of the home on Judkins Street woke up to the smell of smoke and immediately evacuated and called 911. With the help of Douglas County Fire District 2 crews were able to snuff it out before it caused any major damage. The cause of Thursday’s fire has not been determined but Brett said it appeared to be accidental in nature. It was back on Sept. 13 that another occupant set fire to a debris pile which spread to an RV parked on the street. The fire continued into the yard and lightly damaged the home before firefighters stopped further growth. 41 year old Ricardo Cervantes pleaded guilty in December to reckless burning and was sentenced to 60 days in jail.

With the new year came a new federal rule that required all hospitals in the nation to publically post the costs of all their services and materials. For Wenatchee-based Confluence Health, that meant three different lengthy lists for the health care facilities it operates, including Central Washington Hospital, and another for its medication prices. NCWLIFE News Director Cal FitzSimmons talked with Confluence Chief Financial Officer John Doyle about how they pulled their list together. . .

Coming up next, Leavenworth Mayor Cheri Farivar described the traffic during the Christmas Lighting Festival as manageable, and, You can add 4th District Congressman Dan Newhouse’s name to the list of House Republicans who back President Trump’s call for immigration reforms and a border wall. I’m Grant Olson and you’re watching the NCWLIFE Evening News.

Welcome back, and in other news…

Leavenworth Mayor Cheri Farivar described the traffic during the Christmas Lighting Festival as manageable. The Mayor was at Thursday’s Chelan Douglas County Transportation Council meeting where she discussed the festival and its impacts on the popular Bavarian-themed town with NCWLIFE’s Steve Hair. . .

You can add 4th District Congressman Dan Newhouse’s name to the list of House Republicans who back President Trump’s call for immigration reforms and a border wall. Commenting on the ongoing government shutdown, Newhouse said he’s hoping for a break in the budget standoff. . .

Meanwhile, Newhouse’s newly elected 8th District House colleague, Democrat, Kim Schrier says in a Facebook post, quote, “We need to #endtheshutdown for the orchardists who rely on farm subsidies, children & families who count on food stamps to make ends meet, and the Rangers who keep our beautiful public places safe and pristine”, unquote. The shutdown is poised to enter its third week with no resolution in sight.

Welcome back to the NCWLIFE Evening News…

In tonight’s feature story, a classic Agatha Christie mystery is hitting the stage this weekend at the Riverside Playhouse. Director Matthew Pippin dropped by this morning’s Wake Up Wenatchee Valley with Dan Kuntz to talk more about the production and a few faces in lead roles you may recognize:

Find more information on that murder mystery production from the Music Theatre of Wenatchee at MTOW.org.

And that is a look at your local weather forecast, coming up next, tonight’s sports report with Dan Kuntz and more as the NCWLIFE Evening News continues right after this.