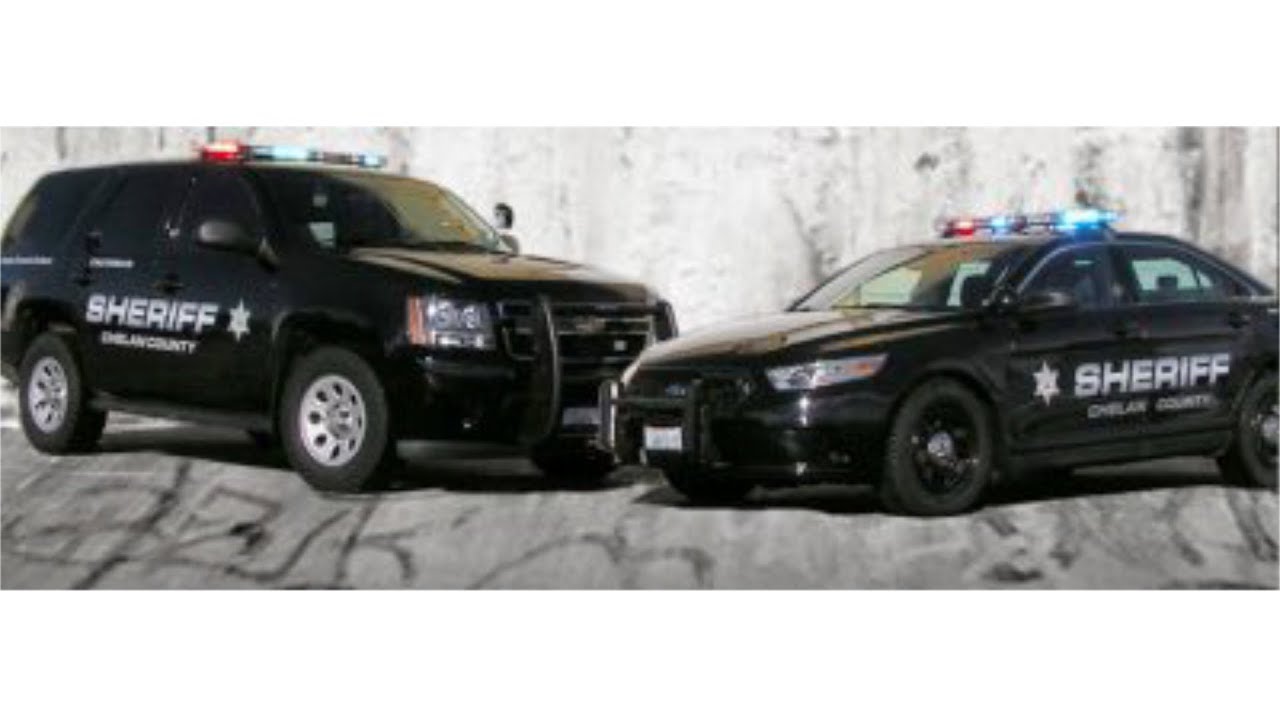 And now, a few of the stories we’re following for you tonight, A bill that would qualify hydropower projects for state sales tax exemptions was approved by the Senate Ways and Means Committee Thursday. Governor Jay Inslee signed off on a bill sponsored by 12th District State Representative Keith Goehner during a ceremony in Olympia yesterday, and, Chelan County Commissioners say they’re getting closer to establishing new controls on vacation rentals.
But first, we begin tonight. . .

Patrol Cars Tires Slashed -A Peshastin man has been arrested for slashing the tires on two Chelan County Sheriff’s Office patrol cars. 35-year-old Caleb C. Youmans allegedly used a pocket knife to puncture the rear tires on the cars Monday while deputies were inside a home off Blewett Pass. The Sheriff’s Office said dash cam footage showed Youmans with a pocket knife near the cars. Youmans was arrested Wednesday on suspicion of two counts of second-degree malicious mischief, a class C felony. He’s being held at the Chelan County Regional Justice Center.

Hawkins Bill -A bill that would qualify hydropower projects for state sales tax exemptions was approved by the Senate Ways and Means Committee Thursday. Introduced by Sen. Brad Hawkins, the bill would save Chelan, Grant and Douglas PUDs more than $22 million over the next 10 years on machinery and equipment when replacing generating units. Hawkins said it is time for hydropower to enjoy benefits available to other renewable energies. . .

Hawkins’ bill now goes to the Senate Rules Committee before a full Senate vote.
Goehner Foreclosure Bill Signed -Governor Jay Inslee signed off on a bill sponsored by 12th District State Representative Keith Goehner during a ceremony in Olympia yesterday. The measure makes any property sold by a county treasurer in a tax lien foreclosure sale to be sold “as is”. House Bill 1634 will expand the language in state law to ensure anyone buying property in foreclosure knows there are no implied warranties. It’s the first piece of legislation introduced by the first term House Representative. He says the law will protect local governments from litigation by purchasers who are unaware of restrictions on the foreclosed parcels. Goehner added, in today’s economy with many people turning houses and buying fixer-uppers, this is much-needed legislation. The bill takes effect 90 days after the regular session adjourns.

Vacation Rental Regulations -Chelan County Commissioners say they’re getting closer to establishing new controls on vacation rentals. Conflicts over noise, traffic and parking have increased over the past several years in the Lake Chelan and Leavenworth areas as more and more homes are being listed online on sites such as VRBO and AIRBNB. . .

England says the planning process has been, “Slower than we want it to be.” He says the challenge is creating a set of rules that adequately address nuisance issues without adversely affecting tourism and the thriving vacation rental industry.

Coming up next, Wildfire training in parts of Chelan County will cause some smokey skies tomorrow. The Chelan County Volunteer Search and Rescue organization will conduct field exercises from 8:00 a.m. to 4:00 p.m. tomorrow in the Appleatchee Trails area near Saddlerock, and, The city of Wenatchee is reminding people to hold off on staking out their place on the Apple Blossom parade route until next Thursday morning. I’m Grant Olson and you’re watching the NCWLIFE Evening News.

Welcome back, and in other news…
Wildfire Planning Meeting -If you see smoke in the Entiat area tomorrow morning, don’t worry. It’s only a test burn to be conducted as live wildfire training for crews in Chelan County. The exercise is in conjunction with a meeting organized by the North County Cooperators, a group of local, state and federal agencies in preparation for the upcoming fire season. Topics include structure protection, State mobilization and a 2019 season outlook. The live fire exercise is scheduled for around 1:00 p.m. at the Columbia Breaks Wildfire Interpretive Center along US 97-A. Smoke will be visible in the Entiat area.

Parade Chairs -The city of Wenatchee is reminding people to hold off on staking out their place on the Apple Blossom parade route until next Thursday morning. Up until 2013, chairs would line sidewalks on Orondo Street east of Chelan Avenue sometimes weeks before the first parade. But the city passed rules banning chairs until 48 hours before the Youth Parade. That means no chairs until Thursday at 7:00 a.m.

Welcome back to the NCWLIFE Evening News. . .
Volunteer Firefighters -In tonight’s feature story, with wildfire season right around the corner, Chelan County Fire District 8 in Entiat produced a recruiting video seeking volunteer firefighters for the 2019 fire season, take a look. . .
And that is a look at your local weather forecast, coming up next, tonight’s sports report with Eric Granstrom and more as the NCWLIFE Evening News continues right after this.

NCWLIFE Channel Sports
Thanks Eric.
Weekend Events -Finally tonight, here is NCWLIFE’s Megan McPherson to fill us in on some of the events going on this weekend. . .

And that’s going to do it for our newscast tonight. For more on these stories and other news from around North Central Washington, you can find us on Facebook or our website at ncwlife.com. And, remember, if you see news happening we’d like to hear from you. You can send us an email at news@ncwlife.com, or give us a call 888-NCWL (6295). Also, keep it right here on the NCWLIFE Channel Monday morning for Wake Up Wenatchee Valley with host Dan Kuntz. I’m Grant Olson, thanks for joining us and have a great Easter weekend.