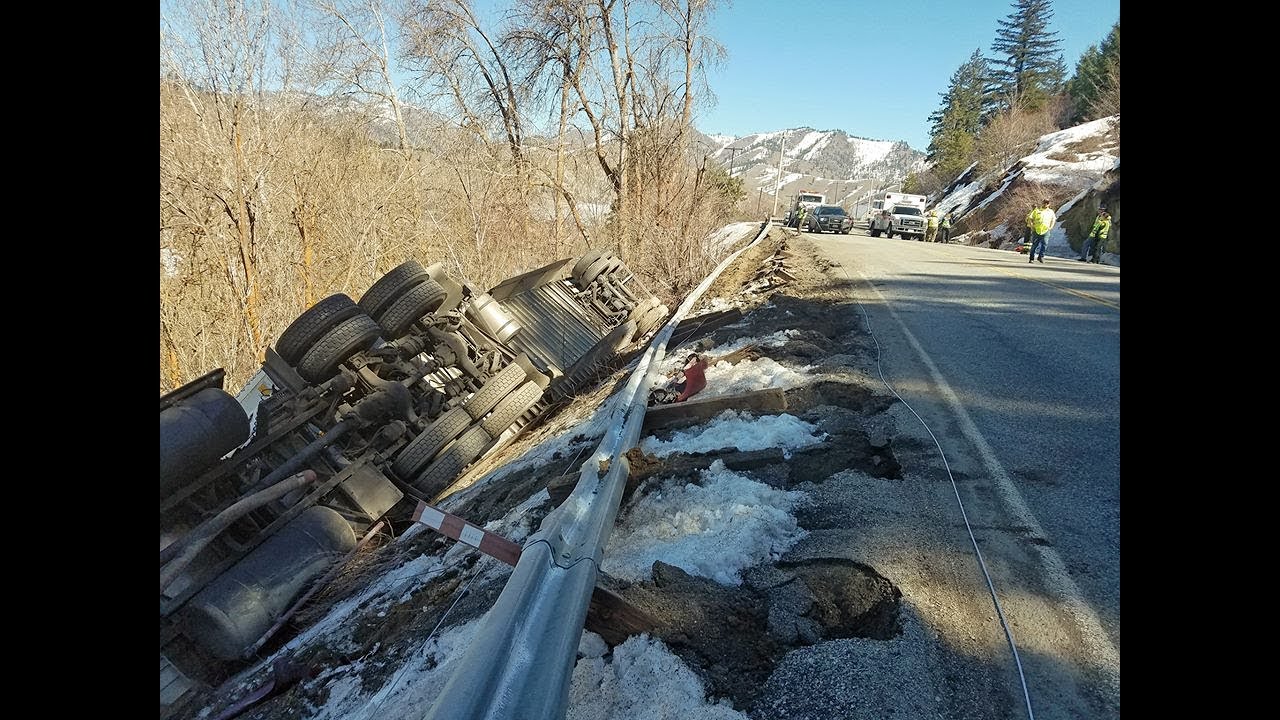 And now, a few of the stories we’re following for you tonight, Republican and Democratic lawmakers come together on a plan to create a new wing of the State’s Employment Security Department for migrants, and, Microsoft and the Chelan County PUD are teaming up to expand both clean energy and connectivity around the state.
But first, we begin tonight. . .

Boulder on Blewett -Traffic on Blewett Pass was disrupted for a couple of hours Thursday afternoon after a huge boulder rolled down a hillside to the edge of the roadway. Flaggers diverted traffic around the site, about 11 miles north of the summit, before a crew from the Washington State Department of Transportation arrived to remove the boulder. Trooper John Bryant of the Washington State Patrol described the rock as bigger than a trooper’s SUV. In addition, a large tree on the edge of the hillside was dangerously close to falling, so the crews removed that, as well.

Migrant Worker Bill Passes -Republican and Democratic lawmakers come together on a plan to create a new wing of the State’s Employment Security Department that deals with agricultural and seasonal workforce services. The office would process and arbitrate foreign labor applications and complaints as well as conduct field checks, training and research. The measure comes at the request of the Employment Security Department and would require the agency’s commissioner to create an advisory committee to review issues pertaining to the guest worker program. The legislation received bi-partisan support in both the House and Senate.
The bill (E2SSB 5438) received unanimous approval in yesterday’s Senate vote.

PUD and Microsoft Deal -Chelan County PUD and tech giant Microsoft have reached an agreement under which the PUD will sell power to Microsoft’s Puget Sound campuses. In exchange, Microsoft will partner with the PUD to investigate expanding fiber and internet broadband in Chelan County. Without providing details, the PUD said the price Microsoft will pay for the power under the five-year deal is market based. Microsoft is looking to power its facilities with 100 percent carbon-free energy. Energy savings by local customers of the PUD has freed up surplus energy that makes the sale possible, the PUD said. The PUD and Microsoft expect the fiber build-out study to be completed within the next year. About 10 to 15 percent of rural areas in the county remain without fiber.

Coming up next, Governor Jay Inslee and Attorney General Bob Ferguson say they will fight President Trump’s executive order reversing the 1972 Clean Water Act. A contractor for Chelan County finished replacing about 300 feet of guardrail this week on Stine Hill Road that was destroyed after a semi rolled there in March, and, A Washington Elementary School fifth-grader is one of 10 students statewide who will be inducted into the Triple A School Safety Patrol Hall of Fame this year. I’m Grant Olson and you’re watching the NCWLIFE Evening News.

Welcome back, and in other news. . .
Clean Water Rules Reversed -Governor Jay Inslee and Attorney General Bob Ferguson say they will fight President Trump’s executive order reversing the 1972 Clean Water Act and stripping subsequent Obama-era restrictions on waterways in Washington State. Inslee and Ferguson issued a news release outlining their objections after the President announced the order during a Wednesday news Conference. Inslee called the action an “assault on the right and obligation of every state to protect their waters and their communities.” The Governor and the Attorney General pledged to challenge the administration’s action in court. Meanwhile, The Federal Environmental Protection Agency (EPA) is accepting public comment on the agency’s plans to reverse the clean water rule in Washington State. The rules were implemented in 2015 by the Obama administration to protect water quality standards for all watersheds and wetlands in the State. Environmental groups see the rules as necessary to protect humans and fish health. Farmers view them as a violation of private property rights.

Guardrail Replacement -A contractor for Chelan County finished replacing about 300 feet of guardrail this week on Stine Hill Road that was destroyed after a semi rolled there in March. The truck wrecked while the road was being used as a detour after a semi carrying cardboard rolled over on Highway 2 near Peshastin. Frank Gurney Inc. of Spokane also replaced guardrail on numerous other county roads, including South Lakeshore Road near Chelan and Entiat River Road. The crews used what’s called a punch truck to punch holes with a force of 2,500 pounds. The county spent about $115,000 dollars this year replacing guardrails.

Safety Patrol Award -Washington Elementary School fifth-grader Alex Ann-gee-awno is one of 10 students statewide who will be inducted into the Triple A School Safety Patrol Hall of Fame this year. The students will be honored April 26th at T-Mobile Park prior to the start of a Seattle Mariners game. Patrollers are judged based on their commitment to traffic safety, citizenship, leadership skills and contributions to school safety patrol programs.

Welcome back to the NCWLIFE Evening News. . .
In tonight’s feature story, NCWLIFE producer Kaitlin Hetterscheidt takes us down to the Garage Door Thrift Store to visit with two local artists who are participating in this weekend’s Wen Con.

And that is a look at your local weather forecast, coming up next, tonight’s sports report with Eric Granstrom and more as the NCWLIFE Evening News continues right after this.
NCWLIFE Channel Sports
Thanks Eric. . .