Nate Blauman is having a record-pace senior season with 1,239-yards rushing and 17-rushing touchdowns. He’s also caught two touchdown passes and has over 15-hundred all-purpose yards. Not bad for a kid who was going to quit playing all sports his freshman year… 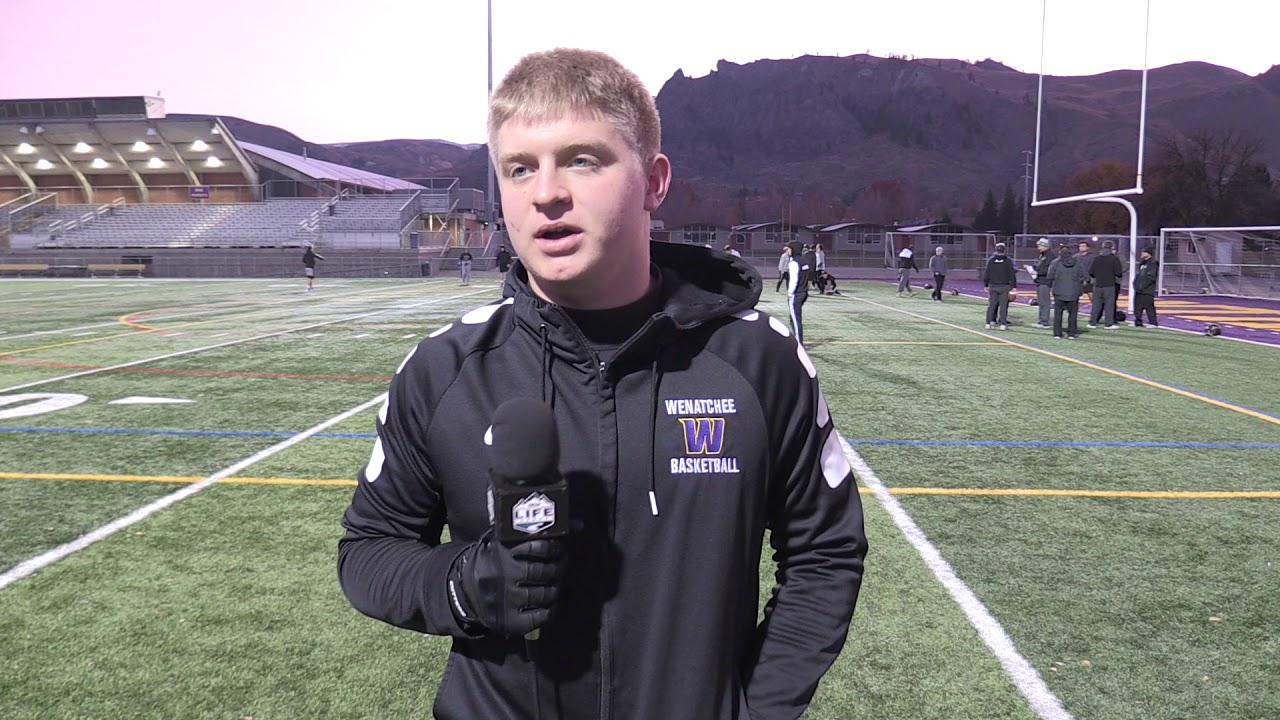 Wenatchee Coach Scott Devereaux said he thought his teammates were joking when he heard Blauman was going to quit. But the more he heard, the more he knew he needed to talk with him… 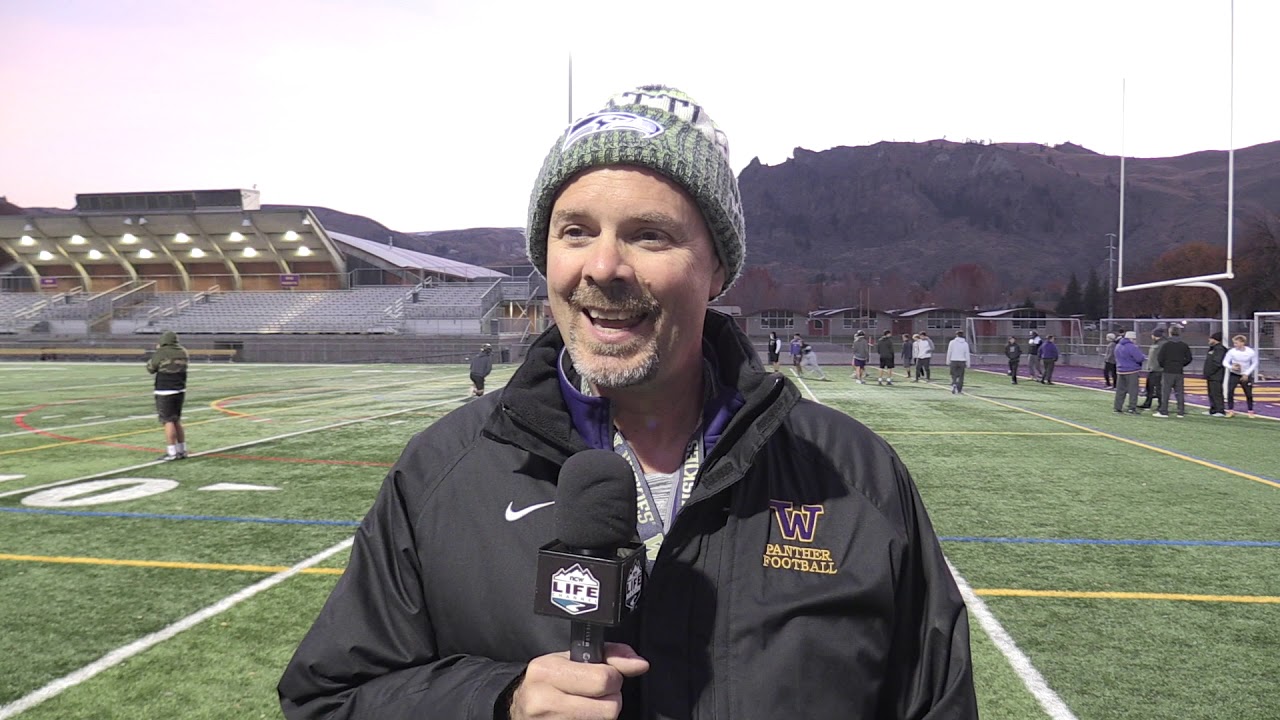 Blauman said he’s thinking about walking on at W-S-U and wants to continue playing at the next level. His advice to anyone else going through a rough time? 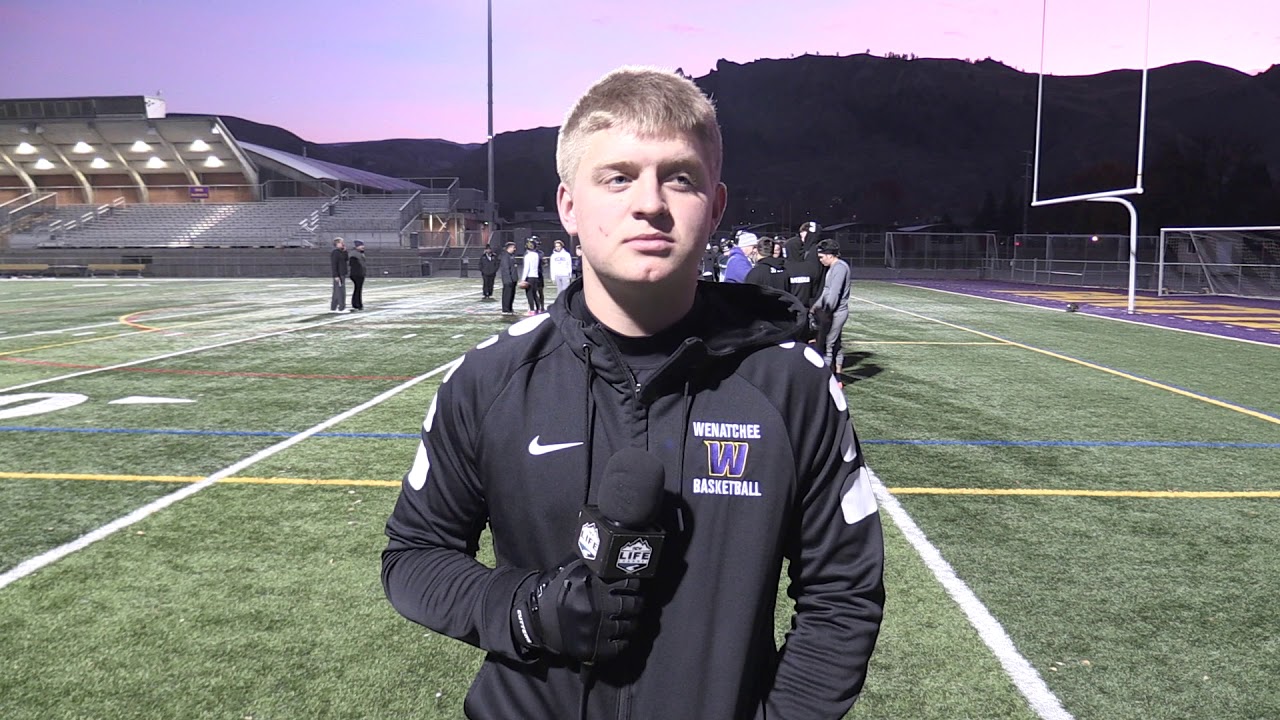 Blauman and his team will kick off at Walla Walla tonight at 7. Even though it doesn’t mean anything to the Panthers for the league title to be determined next week against Eastmont, Coach Scott Devereaux says it matters a lot for Wenatchee’s future… 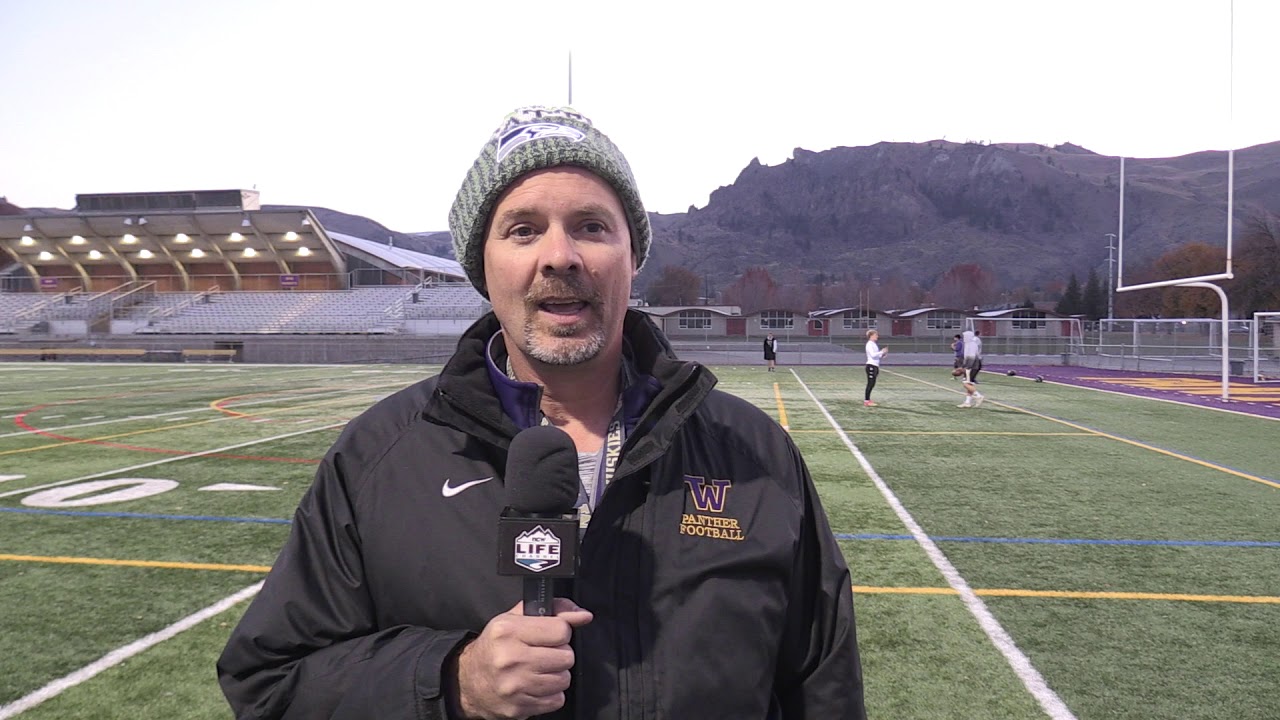 All eyes will also be on Sunnyside at Davis tonight with the Grizzlies coming off a shutout loss to Wenatchee. Another loss and next week’s game against Eastmont is for all the marbles.

Eastmont is blowing away the league in team rushing with nearly 2-thousand 400-yards. Coach Michael Don likes to share the load and hopes they continue with the successful recipe… 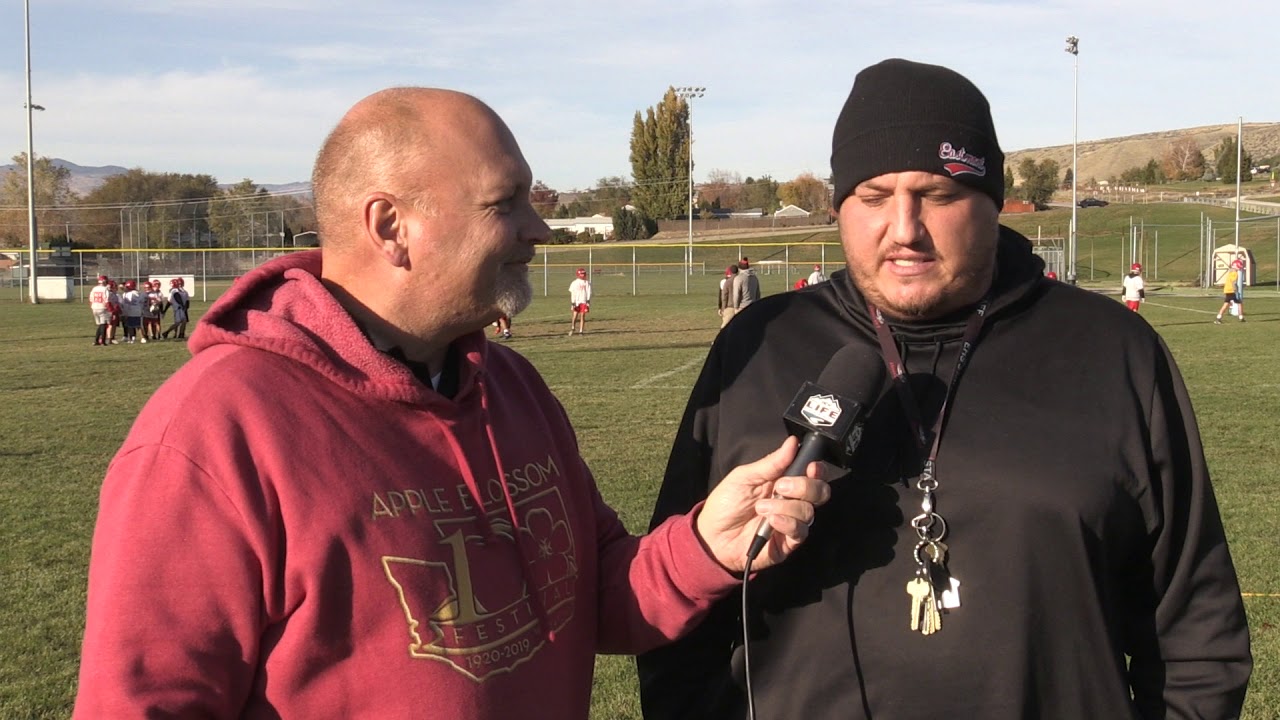 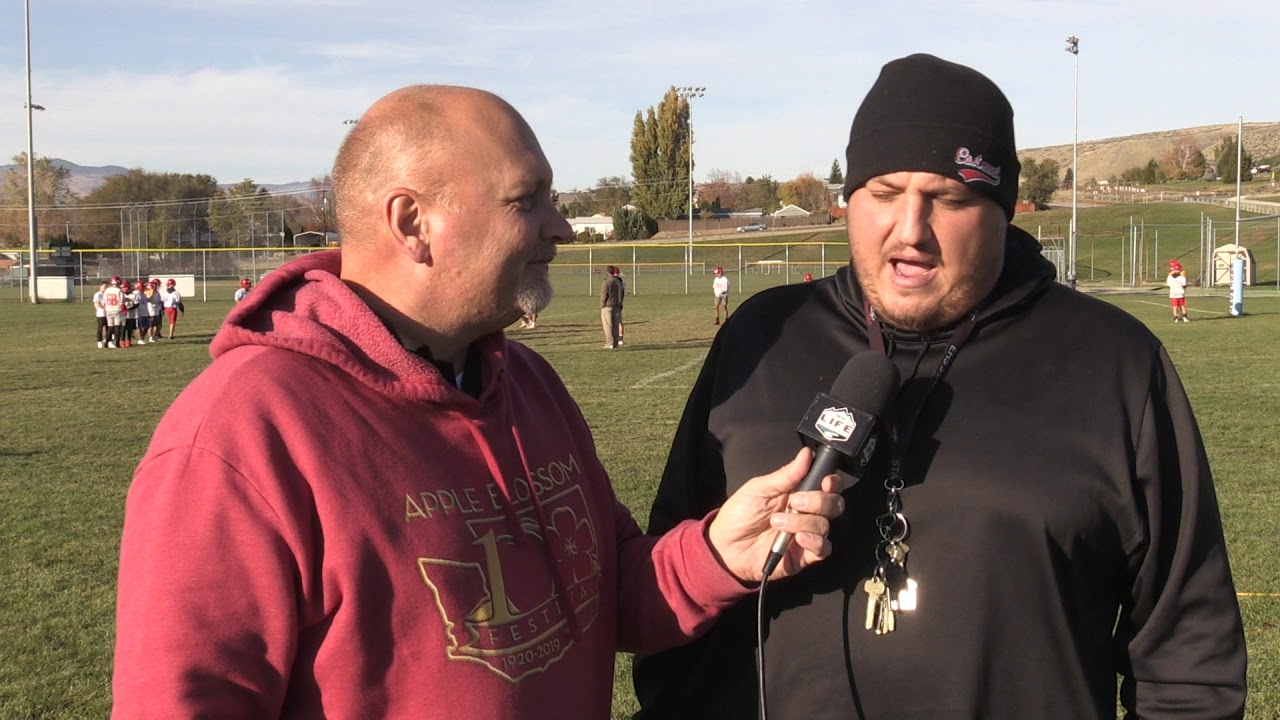 Eric Granstrom and Grant Olson will have all the action from Wildcat Stadium tonight with our pregame at 6:45 here on the NCWLIFE Channel.

Pear Bowl has a lot riding for Cashmere, not just a trophy

Let’s also take a look at what else is going on under the lights tonight in high school football. Cashmere travels to Peshastin to face Cascade in the Pear Bowl.

Since they began handing out the Pear Bowl trophy in 2003, Cashmere has won 15 of the 16 games. However, three of the last four Pear Bowls have been less than a touchdown differential. A Bulldog win tonight would give Cashmere the #2 seed out of the CTL headed to State.

Ephrata and Quincy finish out the CWAC regular season tonight with the Tigers at Grandview and the Jackrabbits at Wapato.

The playoffs for the other top 6 teams will be played in Grandview tomorrow beginning at 1 o’clock.

B football schedule comes to a close

The B’s also finish up the regular season tonight with Pateros hosting Sunnyside Christian at 6.

The rest kick off at 7 with Lake Roosevelt at Brewster; Oroville hosts Tonasket; Mabton’s at Manson; and Waterville-Mansfield at Entiat. Soap Lake travels to Bridgeport tomorrow at 2 while ACH tries to bounce back from its only loss at Liberty Bell at 4 o’clock.

It was the semifinals of the CWAC District Tournament with Ellensburg downing Ephrata 3-1 and Selah getting by Othello 4-1. Next up for the CWAC will be Tuesday at Quincy with Ephrata facing Othello at 5 for 3rd and 4th, followed by Ellensburg and Selah for the District Championship at 7.

The Big-9 held its cross country District meet in Yakima yesterday and Wenatchee was able to advance its girls team to State with a second place finish.

Swim and Dive District Meet runs over next two days

On the prep schedule over the next couple days…

The Big-9 swim and dive district championships continue at Moses Lake’s Lions Pool today at Noon and tomorrow at 11 o’clock.

The Caribou Trail League District Soccer Tournament gets underway at Lee Bofto Field at the Apple Bowl tomorrow with Chelan facing Okanogan in a loser-out game at 4.

Eastmont and Moses Lake wrap up the Big-9 regular season tomorrow at Wildcat Stadium with the league title on the line.

We will have the game LIVE on the NCWLIFE Channel tomorrow with Eric Granstrom and Matt Wisen beginning with the pregame at 12:45. Kickoff is at 1 o’clock.

On the College Football Schedule this weekend…

And the Wenatchee Wild are home this weekend, hosting the Merritt Centennials…

Tonight is Walt’s birthday as well as Paws and Claws night with the Wenatchee Valley Humane Society. Tomorrow is Daddy-Daughter night. The puck drops both nights at the Town Toyota Center at 7:05.