Seager’s shot came in the bottom of the 3rd with two on and two out against left-handed reliever Ryan Buchter. It was Seager’s 71st home run off left-handed pitching…

Dylan Moore went 3-for-5 at the plate and scored 2-runs as Seattle scored three in the 3rd, a run in the 5th and 3-more in the 7th.

Seattle and L-A are wrapped up the series today. Tiajuan Walker got roughed up for 4-runs on 3-hits in 3-and-2/3rds, giving up a home run to Shohei Ohtani while walking three and striking out three as the Angels won 6-1.

Daniel Vogelbach hit his first home run of the year on a solo shot in the 4th.
Colorado comes to town to begin a 3-game weekend series tomorrow at 6:40. Yusei Kikuchi will go up against the Rocky’s Antonio Senzatela.

Arizona brought 14-men to the plate in a 9-run 4th inning as the Diamondbacks beat the Astros 14-7.

Austin Allen’s 2-run home run in the bottom of the 7th gave Oakland the lead and Matt Olson’s solo shot in the 8th provided a cushion at the A’s beat the Rangers 6-4.

Oakland’s lead over Houston grew to a game-and-a-half in the American League West. Seattle dropped back to a tie with Texas on the bottom of the division, 4-games out of first place.

Just days before training camp began, the Seahawks made a blockbuster trade for safety Jamal Adams. Seattle gave up 2, first-round draft picks and defensive back Bradley McDougald to obtain Adams, who had become unhappy with the New York Jets.

As far as Pete Carroll is concerned, General Manager John Schneider deserves the credit for getting the pro-bowler to Seattle… 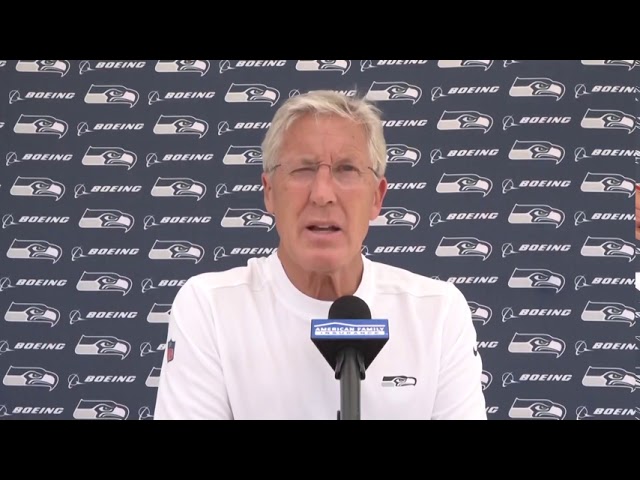 Adams had been characterized as a bad teammate and “problem child” for the Jets with his off-field antics. Carroll addressed the issue by saying he won’t be a problem in Seattle…

The 6th overall draft pick by the Jets in 2017, Adams has 12-sacks, 6-forced fumbles, 273-tackles and 2 interceptions to go along with 2 Pro Bowls while in New York for three seasons.

Meanwhile, the Seahawks are reportedly interested in signing veteran linebacker Clay Matthews or defensive end Everson Griffen. Both came up with 8-sacks last season. This report comes from the NFL Network’s Michael Silver.

In addition, Seattle and San Francisco are not only competing for the NFC West crown, but apparently players too.

All this information is per Ian Rapoport of the NFL Network and ESPN’s Adam Schefter.

In addition, the Seahawks have re-signed defensive end Branden Jackson, who was just released by Seattle two weeks ago.

Hockey is on the menu tonight here on the NCWLIFE Channel…

The Wenatchee Wild take on the Salmon Arm Silverbacks at the Town Toyota Center. Arch Ecker had the call on this game from last October.