The Mariners snapped a 15-game losing streak to Houston Sunday, including 12-in a row at Minute Maid Park, as Seattle came from behind to beat the Astros 7-6.

Tim Lopes was 3-for-4 at the plate with 2-runs while Shed Long, Jr. was 2-for-5 with 2-RBI’s. The hero of the day, and so far this season, was rookie Kyle Lewis. The Seattle centerfielder came through with the big hit Sunday to power the Mariners to the victory… 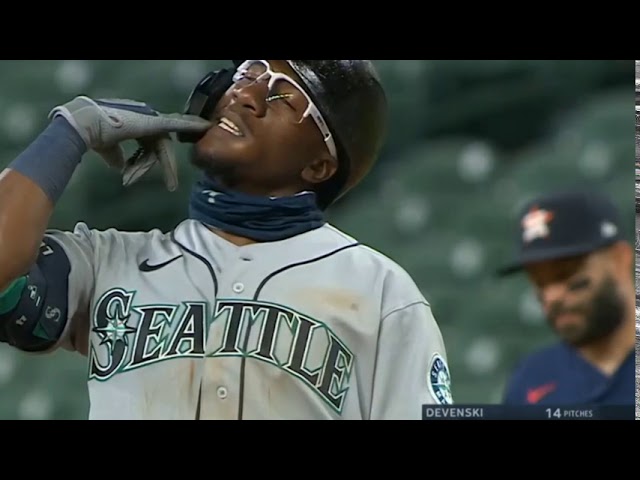 Dan Altavilla worked an inning of relief for the victory. Manager Scott Servais said it was great to see the youngsters finally come through with a victory… 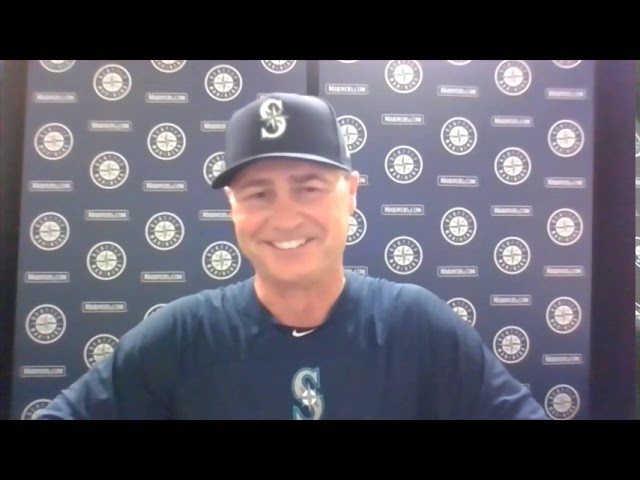 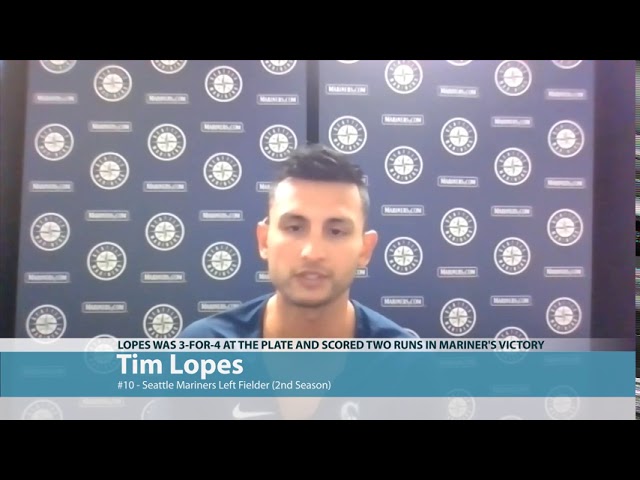 The Mariners and Astros wrap up the 4-game series today at 4:10 with Kendall Graveman facing Josh Adams.

Going back to Opening Day Friday, Marco Gonzales got roughed up for 4-runs on 5-hits as Seattle dropped the opener to Houston 8-to-2…

Michael Brantley had the hot stick for Houston, going 2-for-3 with a 3-run home run. Kyle Lewis and Kyle Seager accounted for Seattle’s only runs with a solo home run apiece.

As we open up the Les Schwab Scoreboard, Yuri Gurriel and George Springer each homered for the home team. J.P. Crawford led Seattle at the plate, going 3-for-4 with a run while Kyle Lewis homered for the second-straight game.

Trevor Story hit a 2-run home run in a 3-run 4th inning and added another solo shot in the 6th to power Colorado past Texas 5-to-2.

Oakland scored 5-runs in the 1st inning and held on to beat the Angels 6-4. Sean Murphy homered for the A’s while Mike Trout hit his first home run of the season for Los Angeles.

Houston and Oakland lead the standings, each at 2-and-1. Seattle, Los Angeles and Texas are all 1-and-2.

After the trade, Adams went to Twitter saying, “You have a man on a mission, a man all in on winning a Super Bowl, being the best leader and teammate he can be, and a man who will give everything he has to the city of Seattle and to the 12’s all across the world. Thank you for believing in me!”

Adams was the No. 6 overall pick out of LSU in the 2017 draft and started all 46 games he has played in his three-year career in New York. In 2019, Adams recorded 75-tackles, 6-and-a-half sacks. Two forced fumbles and one interception, which he returned 61-yards for a touchdown.

7 players were waived and two terminated, including backup center Joey Hunt. Hunt appeared in 34-games for Seattle since being selected in the 6th round of the 2016 draft. He started 11 of those games, including eight at center in place of Justin Britt last season.

Meanwhile, the NFL has officially canceled the preseason…

The Seahawks and the 31 other NFL teams are reporting to training camp this week following an offseason that was anything but business as usual.
Teams didn’t have the benefit of offseason workouts due to the COVID-19 pandemic, and to account for the longer time players will need to get ready for game action, the NFL announced Monday it is canceling the 2020 preseason.

Seahawks season ticket holders will be refunded or receive a credit towards their 2021 season ticket renewal for the two scheduled home games against the Las Vegas Raiders and Los Angeles Chargers. Seattle had also been scheduled to play at Minnesota and at Houston during the preseason. Instead the Seahawks will spend the next six weeks preparing for their regular-season opener at Atlanta.

It begins Thursday with Hockey Night as the Wenatchee Wild take on the Salmon Arm Silverbacks at 7.

Baseball is featured Friday as the Wenatchee AppleSox host the Bellingham Bells at 6:30.

The on Saturday, it begins with Cashmere and Cascade girls soccer at 2 followed by North Valley Mechanical Night from back on July 11th at Wenatchee Valley’s Super Oval. The racing starts at 6 o’clock.