The Mariners came up short in its comeback bid against Oakland Wednesday, falling 6-to-3. It was another pitch-by-committee, bullpen kind of day as Robert Dugger took the loss, going 3-and-a-third innings and allowing 5-runs on 5-hits with 1-strikeout and 3-walks.

Trailing 6-nothing in the 8th, Seattle tried to comeback after the A’s pulled starting pitcher James Kaprielian…

After Haniger’s RBI double, Kyle Seager added to the inning with an RBI single…

But that was as close as Seattle could get, falling 6-to-3. Manager Scott Servais says Oakland is a tough offensive club for a bullpen-day on the mound… 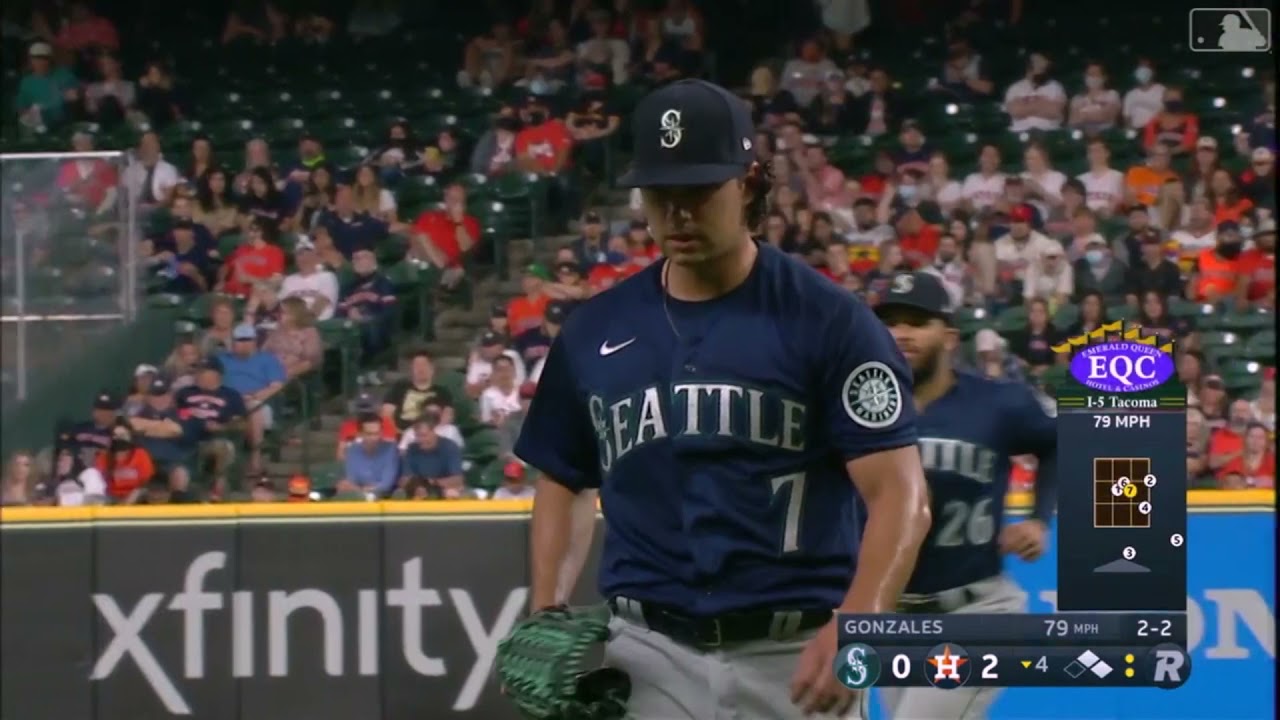 According to manager Scott Servais, Marco is doing better and may be able to return to the lineup this weekend.

Gonzales has been out for nearly a month with a strained forearm on his pitching arm. The timing is nearly perfect as Seattle is offering Marco Gonzales bobblehead dolls at T-Mobile Park tonight in the first of four games against the Rangers. If Marco cannot return against the Rangers, he’s expected to make a return next week against Oakland.

Mariners slip a little further back in the A-L West

In the rest of the American League West Wednesday, despite a 5-run 8th inning, Los Angeles held on to beat Texas 9-8. Taylor Ward led the way for the Angels, going 3-for-5 with a 2-run homer and 5-RBI’s.

Luis Garcia held the Dodgers to 1-run on 2-hits through six innings to help the Astros beat L-A 5-2. Jose Altuve, Aledmys Diaz and Alex Correa all went deep for Houston.

Oakland’s lead in the West is still a game over Houston. The Mariners slipped to 5-and-a-half games back, remaining in 3rd place, a half-game in front of the Angels.

The Panthers won the opening game 650-to-634. The Wildcats came back to win the second game 657-to-610. So it all came down to the final game with Wenatchee’s Kylah Hankins rolling a team-high 240 to help Wenatchee win 738-to-662 and take the match.

Katie Heinz had the team-high score for Eastmont with a 200. Wenatchee improved to 2-and-oh with the win while Eastmont fell to 1-and-1.

In the opener, Eastmont grad Kolbie Voshall went 3-for-4 at the plate including a home run to help the Lady Knights win 15-to-6 in 5-innings. Allyson Bates also went 3-for-4 with 3-runs and 3-RBI’s.

In the nightcap, Allyson Bate’s 2-run single in the top of the 7th was just enough cushion as Wenatchee Valley held on for the 14-13 victory. Bates also had a grand slam home run in the 4th and finished with 7-RBI’s in the game.