Not only did the Mariners not hit a home run again today, but they managed just two hits in a pitcher’s duel with San Diego, falling 1-nothing…

The Padres’ Chris Paddack was dominant, allowing 1-hit in 7-innings with 9 strikeouts. Meanwhile, Felix Hernandez looked like his old self, going 7-innings and allowing 1-run on 3-hits, including a solo home run by Ian Kinsler. Hernandez struck out 8 batters to surpass Don Drysdale for 36th all-time in Major League history with 3,488 strikeouts.

Seattle returns home with a three-game losing streak and hosts Texas in the first of a four-game series tomorrow at 7:10. Adrian Sampson will take the ball for Texas while Marco Gonzales will go for the Mariners.

Last night, Seattle was held homerless for only the second game this season falling to San Diego 6-to-3…

Seattle was limited to 7-hits, 2-each from Mitch Haniger and Tim Beckham.

The Wenatchee Panthers used a big, 5-run 1st inning to jump out on Sunnyside and cruise to an 11-0 victory at Rec. Park Tuesday…

Jaylen Heggem hit a long, RBI double in that 5-run 1st inning. Dalton Thomas delivered a big, 2-run single in the 4th and then it was Ty Waterman finishing things off in the 5th. 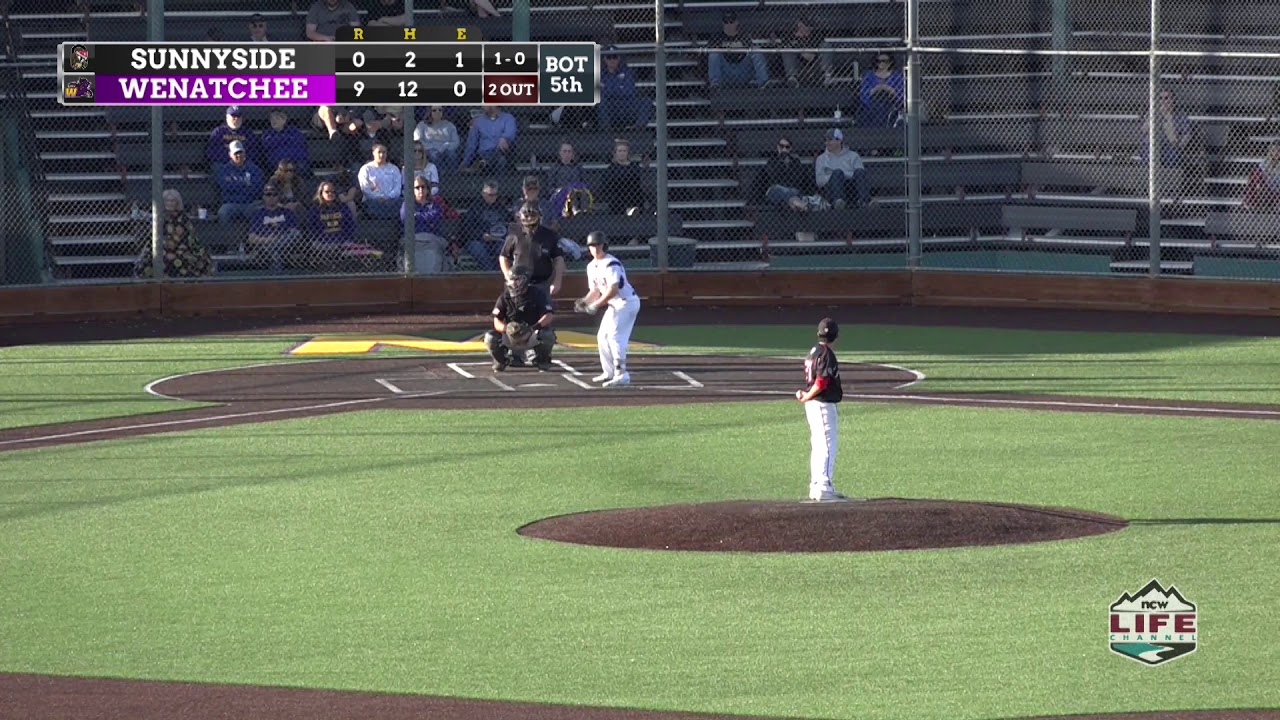 Also in baseball action Tuesday, Eastmont split a doubleheader with West Valley, winning the opener in 5-innings 11-0 and falling in the nightcap 6-4. And Waterville-Mansfield traveled to Lake Roosevelt and came up short 7-to-1.

On the Les Schwab Prep Softball Scoreboard from Tuesday…

Eastmont split a doubleheader with West Valley on the road, winning the opener 11-0 and falling in the second game 6-4. Cashmere had no trouble sweeping Omak 22-0 and 16-6. Chelan was overwhelmed by Warden in two games, losing 17-8 and 15-2. Cascade doubled-up Okanogan 6-to-3 and it was Lake Roosevelt downing Waterville-Mansfield 6-3.

And, it was Cascade trouncing Chelan 6-nil.

Wenatchee finished with a team score of 344, edging Davis by 6 strokes. Eastmont finished 4th with a 377.