The 6th inning of yesterday’s game between Seattle and Chicago began innocently enough…a walk to Jose Marmolejos. 10-batters and 7-runs later, the Mariners had erased a 4-1 deficit and led 8-4. Seattle went on to beat the White Sox by that score and even its record at 3-and-3. The big hit in the inning came with the bases loaded and Kyle Seager at the plate…

Ian Goldschmidt and Mike Blowers with the call on Root Sports. Seager would finish the game 3-for-4 with a run to go with those 3-RBI’s. Ty France was 1-for-4 with 2-runs.

The comeback helped bail out Seattle starter Justin Dunn, who allowed 3-runs on 1-hit with 8-walks and gave Will Vest his first-career Major League win.

Seattle finished its first home stand of the season 3-and-3 and now begins a road trip in Minnesota against the 4-and-2 Twins. Marco Gonzales will get the start today against José Berriós. First pitch at Target Field is 1:10.

Also in the American League West on Wednesday…

Nick Solak homered in a 2-run 2nd inning and Texas made it hold up in a 2-1 win over Toronto. Kyle Gibson won his first of the season, going 6-innings of a 6-hit shutout with 8-strikeouts.

Oakland came into the day oh-and-6 but scored a run in the 9th to tie it and Mitch Moreland delivered an RBI single in the 10th to win it as the A’s topped the Dodgers 4-to-3. Matt Chapman was 2-for-4 with his first home run of the season.

Houston’s off to a hot start, leading the division 5-and-1. The Astros and Angels were idle Wednesday with Los Angeles at 4-and-2 on the young season. Seattle’s tied with Texas at 3-and-3 while the A’s are 1-and-6.

Sprung spring is soaked with sports on NCWLIFE

Now that spring has sprung, we can give you a little tease as to what we’re planning with our coverage here on the NCWLIFE Channel… 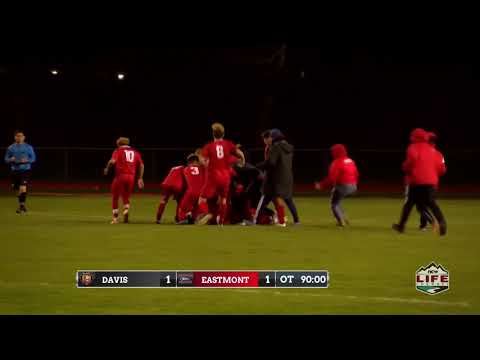 Oh yes, we have quite a mixed bag of sports coming your way.

First, here you see April’s schedule, which begins this Saturday with Moses Lake at Wenatchee boys soccer at 1 o’clock. Then next Tuesday, it’s Wenatchee at Eastmont at 7. We’ll head up to Fancher Heights to televise the first race of the season at Wenatchee Valley’s Super Oval April 17th. Then we’ll bring you Wenatchee and Eastmont baseball, the first on the 20th and a doubleheader on the 24th. We’ll wrap up the month of April on the 27th when Eastmont hosts Cashmere in boys soccer.

May begins with girls softball on May Day between Wenatchee and Moses Lake. Eastmont takes on Ephrata in baseball May 4th. And, by the way, we welcome Joel Norman back to town to help us out with some baseball and softball broadcasts here on NCWLIFE.

Eastmont hosts Wenatchee in softball May 8th then it’s back to the pitch May 11th for Eastmont at Wenatchee in boys soccer.

Our second race at WVSO will be May 15th on Bump 2 Pass Night at the Super Oval. Then we’ll wrap May with a couple boys lacrosse games as the Wenatchee Valley Thunder host Southridge on May 20th and Snohomish on May 22nd.