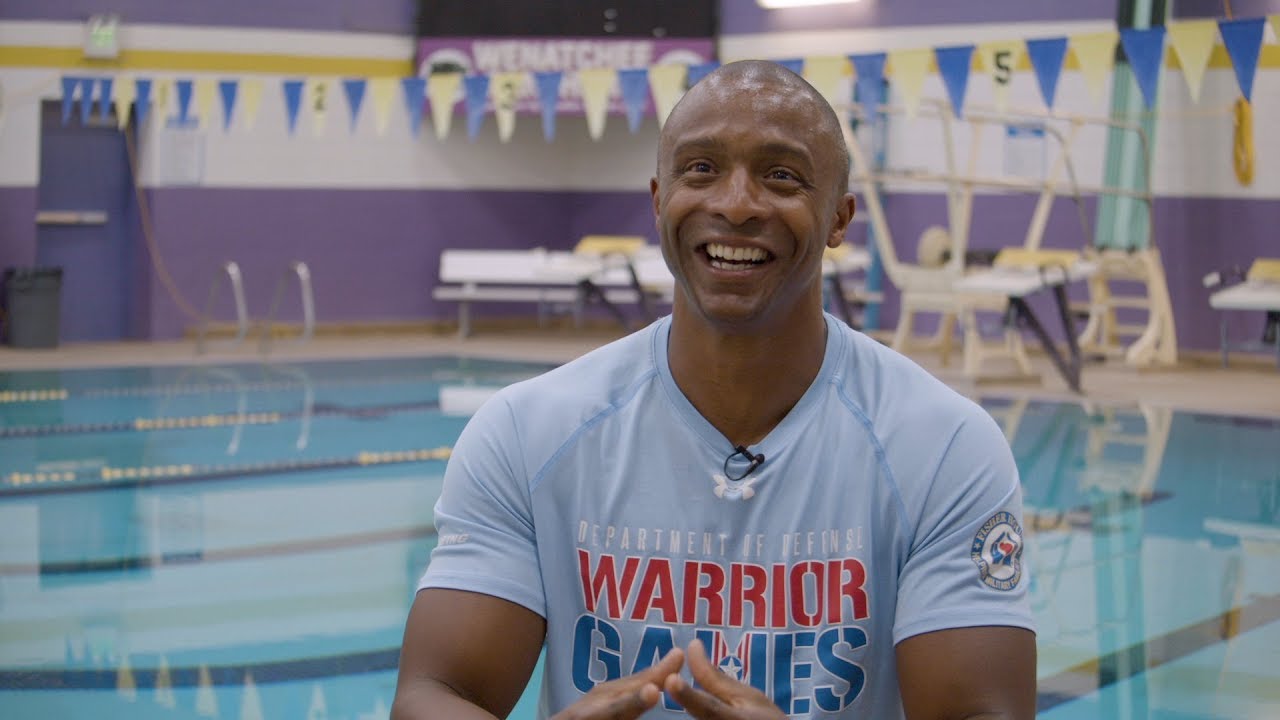 Local coach trains warriors for a different type of battle05:08

NCWLIFE Producer Kaitlin Hetterscheidt brings us the story of a local coach who works to help transform the lives of soldiers and veterans across the country.

Atiba Wade is a swimming coach, often found on the sidelines of the pool teaching his swimmers anything from the basics of floating to how to persevere through the mental battle of the sport.

Most recently, Wade works with wounded, injured or ill soldiers and veterans through the US Army Warrior Care and Transition, a program focusing on adaptive sports as a vehicle of transition.

“To be able to start at one place, transition into your new normal and to achieve such a high level of success– that has to be so gratifying and just so life-affirming,” Wade said. “It’s an honor and privilege to be a part of that as well.”

Wade is the head coach for the US Army’s Care and Transition Unit, a program with the mission to help soldiers navigate the transition from treatment to reintegration into the force or into civilian life.

A life-long swimmer, Wade has traveled nationally and internationally to swim and coach with a variety of athletes. Growing up in Philadelphia swimming through high school, he eventually went to the University of Georgia on a scholarship. Living in various cities throughout the country, Wade currently lives in the Wenatchee-area coaching locally and nationally through Warrior Care and Transition.

“The beauty of what I do is, I have the opportunity to work with everyone,” Wade said. From coaching locally through Velocity Swimming or assisting with high school teams, to his current position, Wade has seen it all.

“What makes this opportunity so unique is the individuals that I work with are unique,” Wade said. “There’s something that they’re transitioning into or out of, and when you’re used to having a certain familiarity with yourself, it can be a little bit unsettling, discouraging, it can even be a little bit depressing when you have this new skill set.”

Wade introduces the athletes to their new normal through swimming, applying his own skill set to his job in coaching these veterans and soldiers.

“Swimming is a very honest sport, it’s a very humbling endeavor,” Wade said. “But the thing that makes it great, it’s a sport that can actually save your life, and the principles you have to apply in the water definitely apply to life.”

In 2016, Wade says a friend who was coaching in the Care and Transition Unit called him and told him of an opening. After coaching at a camp to test the waters, he said it was a perfect fit.

Athletes from all of the branches of the military through this program are gearing up for the Warrior Games– an event with a similar atmosphere to the Olympics.

“The great thing about the Warrior Games is that there is something for everyone, it’s basically like an Olympic-style competition for adaptive sports,” Wade said.

The Warrior Games were hosted in Florida this year in June, and are slated for September 2020 in San Antonio, Texas.

“To be able to take a soldier or veteran who has had issues with drugs, or PTSD or has a traumatic brain injury, or has to learn about their new normal with their new bodies, that is what this is all about,” Wade said.

A program from the Department of Defense, the Warrior Games has seen many successful para-athletes go on to compete in the Paralympics. At the end of the day, Wade says it’s all about supporting the men and women who put their lives on the line.

What’s his approach to coaching these athletes with such unique stories and backgrounds?

“It’s a simple answer, you treat people like people,” Wade said. “You recognize everyone’s humanity, you look them in the eyes when you speak to them, and you just go from there. Just have compassion, have empathy and be passionate.”

Wade encourages the public to continue to support veterans any way they can.

“The soldiers and veterans, when they come home they need our support,” Wade said. “Whatever it is that you can do to enhance the quality of life of these brave men and women that have given so much to us, I would encourage the public to do that.”

Participants in the Warrior Games can go on to the Invictus Games, an international event created by Prince Harry, to compete in nine adaptive sports.

To learn more about Warrior Care and Transition, visit their website here.