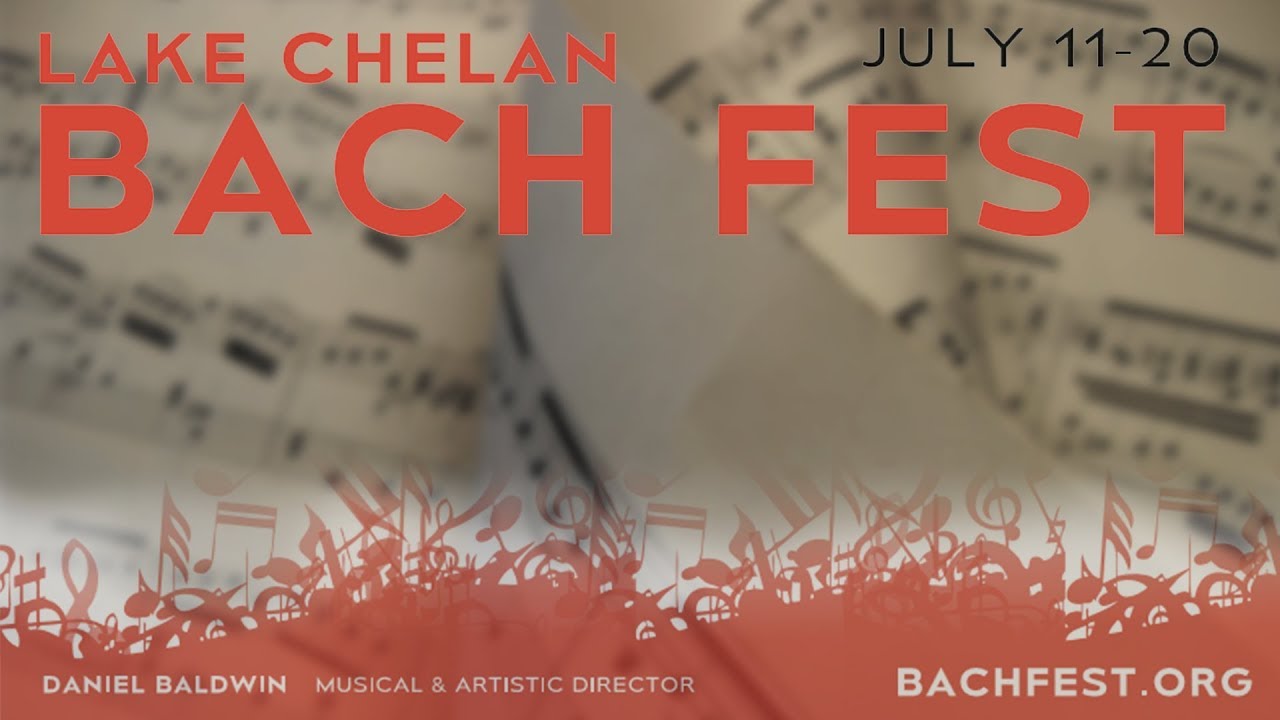 Happening now in the Lake Chelan Valley is a unique, ten-day musical event that kicked off last week.

This week the 38th annual Lake Chelan Bach Fest will bring many styles of music to a variety of venues throughout Chelan from classical to jazz, even string quartets paired with wine.

We caught up with co-president Kerry Travers at the Riverwalk Park Pavilion in Chelan, where the event culminates with a free public concert this Saturday.

“Lake Chelan Bach Fest started in 1981, so this happens to be our 38th year,” Travers said. “Which is pretty amazing because most festivals that have been around that long have a major organization behind them– we are entirely supported by this little community.”

The festival started out as a weekend of choral music, as the group was dedicating the organ of the Methodist Church, Travers said.

“It has grown now to this ten-day festival that has 20 events,” Travers said. “We bring in about 100 musicians, and we house those musicians as well.”

The festival has expanded to include a wider variety of music from classical to jazz and ending with the pops concert at Riverwalk Park.

Lake Chelan Bach Fest is also family friendly, with several concerts at the Chelan Public Library and interactive concerts like Lupin the Pot-Bellied Pig on Tuesday, July 16th, along with an “Instrument Petting Zoo.”

Travers said the festival is open to all music lovers, classical or otherwise, to enjoy live music at a winery or catch a lunchtime concert in the courtyard.

“Pops in the Park, that’s our pops concert and that is free but we take up a donation,” Travers said. “It features usually some lighter classical music.”

She says the orchestra will play Tchaikovsky 5th Symphony.

“People will say, well that doesn’t ring a bell to me, but it’s quite well known, so most people will actually recognize the two movements that we’ll be playing,” Travers said, in addition to playing highlights from Porgy and Bess, as well as some of Sound of Music.

The event on Saturday will also include a wine garden starting at 6pm, and several food trucks will be available for dinner.

To attend any of the ticketed concerts, attendees can pay at the door with cash or card, or pay ahead of time at BachFest.org. A schedule of concerts is available online along with additional information about the festival.

“I enjoy the musicians who come and I enjoy playing in the orchestra,” Travers said, who is a violinist and teacher in the Valley. “It’s a really fine orchestra, it’s probably the best orchestra that I play in.”